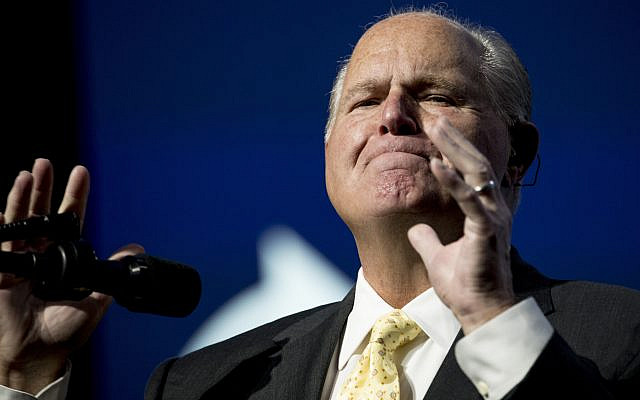 Yes, it matters to me when the prime minister of the State of Israel tweets lovingly in memory of the hatemonger Rush Limbaugh, who spent his life relentlessly attacking women, liberals, and everyone not aligned with his agenda, who degraded American political discourse, and who cheered the demise of his opponents. It matters to me because it is morally embarrassing as a Zionist when the Prime Minister jumps on issues like this and shows his partisan stripes, and because so often – and so unhelpfully – Jewish leaders forget that discretion, and sometimes silence, is the better part of valor.

But I wonder whether it shouldn’t matter quite so much, and whether the project for all of us is precisely to separate ourselves, more from the moral guilt (or pride)-by-association with our politicians, which is, paradoxically, doing a lot of damage to our understanding of our moral convictions in general.

For several years now, I have been arguing that we as Jews, and our society at large, needs to do a better job at differentiating between “the moral,” “the political,” and “the partisan.” These adjectives that characterize our commitments do, of course, overlap. Perhaps they are points on a spectrum, or maybe they make sense as progressively narrowing concentric circles. Our moral commitments are the most expansive, describing our sincere beliefs about the overarching principles to which we hold ourselves and consider most important. Our political commitments are the still-broad ways that we imagine those moral commitments taking form in the public square. And our partisan commitments are the imperfect choices about which team we believe will come closest in enacting our morals and our politics into policy and law.

There are real risks involved with blurring these lines. The first most significant concern is that when we collapse these distinctions, we imprison our morality in narrow partisan frames that are by definition imperfect. No one would argue that the immigration policy, for instance, of the party that they vote for fully encompasses their moral commitment to welcome the stranger, or that any given tax policy captures the plenitude of their deepest hopes for a healthy and holy society. The idea that all humans are created in the image of God is so much bigger than any possible act of Congress! Collapsing the distinction destroys the transcendence.

And second, we should fear the constriction of community that comes when we treat partisan opponents as our moral enemies. By definition, it is really difficult, and maybe even dangerous, to live in a community with people you think of as your moral opponents — there is too much at risk. When partisan opponents become conflated with moral opponents, we immediately divide our worlds in half – between our friends and our enemies. This is poison for a society or for a Jewish community that should be capacious enough to tolerate some amount of difference, even on issues we care strongly about.

This claim is harder and harder to sustain in our relentlessly polarized time. Too many hyper-partisans see winnable terrain in advancing zero-sum politics; they believe that if they raise the temperature on a given political issue by turning into a good/evil divide, they will win adherents to their side and crush the other. Others, meanwhile, argue that the distinctions cannot be effectively parsed, and question whether doing so represents its own coded political position. And our media climate valorizes stark difference more than it does nuance, so we are likely to see in public the most extreme representations of the ideological, social, and political issues that divide us.

Recently, however, I heard a great articulation of the difference between politics and partisanship that makes a strong case for sustaining the value of this difference. In his book Bad Religion, New York Times columnist Ross Douthat explicitly argues that if there is to be an American Christian renaissance, such a faith needs to be political without being partisan. I asked him about it this past week as part of the Shalom Hartman Institute’s online interfaith symposium, and in light of the culture of partisanship that has overtaken this country in the eight years since he wrote the book, the images of a ransacked Capitol after a divided election still fresh in our minds. What does political-not-partisan even look like?

Douthat’s argument was activist in nature, and pleasantly unsentimental. He said that “to be political without being partisan… you want to look for the issues where your own faith tradition teaches you something different than what your party espouses, and raise your voice on those issues.” For him, the separation between moral and religious commitments on one hand, and partisan expressions on the other, obligates the individual to think about politics instrumentally, always and all the time. Sometimes a particular politician will be the best representative of the available choices to achieve what you want for the world morally or religiously; more often, “best of the available choices” is all that they are. I’d go one step further: any politician who embodies everything you want as a moral leader is probably not a politician but a messiah, and if that’s the case — be really careful.

For Douthat, this made his negotiation with the Trump presidency quite easy, and I felt — in spite of my personal partisan leanings — that his approach was admirable. He was able to appreciate and take advantage of the ways that a Republican president could go things that were in the interest of his church, while being careful not to venerate the president as a religious figure, and certainly not to fall into the trap of aligning his moral and religious commitments around a deeply morally flawed president.

Douthat spoke quite comfortably and openly about both his disdain for the president’s moral failings; and about the ways that a commitment to separate the political and the partisan obligates him as a Christian to take more seriously the moments of speaking up and against power in the name of his faith than the moments of appreciating the ways his faith is being bolstered by that same power. There is no Christian argument, Douthat said, in service of children in cages at the border, and it is precisely in the apologetics in defense of such a policy, especially when it comes about because of those who benefit in other ways from those in power implementing such a policy, that one’s moral commitments collapse into their partisan commitments, and then collapse altogether.

This is a criterion we might use to value religious leaders, those who can serve as loving critics of their communities, their societies and their politicians, with an awareness of the chasm between the coherent world of their moral convictions and the limited spheres of partisan platforms; those who can pivot quickly from dissenting from one administration to dissenting to another, even if they protested the election of the first and canvassed for the second. Religion is boring is if it is the textual gloss on a political platform, and it will never reach as high as it should.

And, at the same time, this is why our politicians and most of our public figures will always fail us. Donald Trump is the obvious example of our time — a morally reprehensible human being who was always going to get the votes, by virtue of the political party he represented, of millions of Americans who themselves are not morally reprehensible human beings. Then this week too, we got the Rush Limbaugh example, and Netanyahu’s wretched embrace.

Maybe then these moments of realpolitik and of political opportunism are also opportunity for us to see precisely who are and who aren’t our moral leaders. Our politicians have too much personally to gain in blurring the distinctions between what is good for them politically in their allegiances and alliances, and what good they are ultimately serving.

Our Jewishness should obligate us to speak out against the Rush Limbaughs, regardless of our own political leanings, and to criticize the politicians who praise him in service of their partisanship. Doing so is an act of loyalty and love for the State of Israel because the work of separating between the moral, the political, and the partisan will never fall to the politicians; it will be on us, the citizens as sovereigns, who believe in greater transcendences than those commodified in our halls of power. We are bigger – as Jews, as Americans, as human beings with moral sensibilities – than the narrow boxes-as-prisons that are constructed for us by those who gain from our divisions and from the corruption of our values. We raise our voice against. 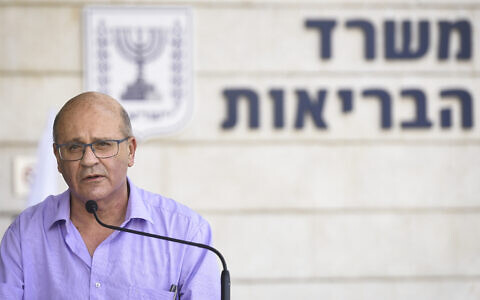 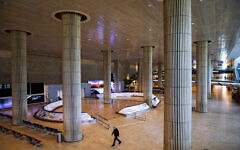 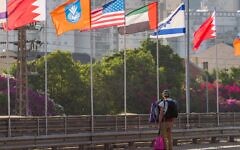 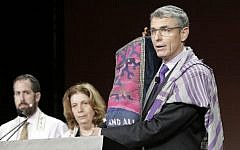 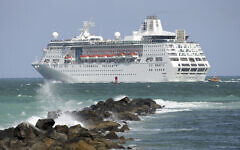