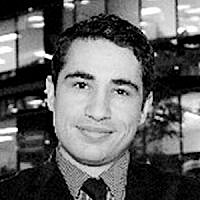 It was the great Yiddish playwright Isaac Peretz who said, “A people’s memory is history; and as a man without a memory, so a people without a history cannot grow wiser, better.” From the commandment to always remember our exodus from Egypt to our community’s unwavering efforts to remember the Holocaust, the Jewish people have time and again proven our commitment to never forget our stories.

As Jews, we were commanded to become a nation of storytellers. Throughout the Book of Deuteronomy, Moshe repeatedly warns the people not to forget our stories and commandments, knowing that they would lose their identity, as well as themselves, if they were to do so.

This, to me, is one of the most special traits about the Jewish tradition. The focus not only on our history, but that each one of us is an ambassador of that heritage — charged with passing it on to the next generation.

In fact, according to the most recent Pew Forum study on Jewish American beliefs, 73 per cent of respondents stated that remembering the Holocaust is an essential part of what it means to be Jewish, compared to only 19 per cent who felt the same when it came to observing Jewish law.

The plight of Jewish refugees from the Holocaust and the creation of the State of Israel is, much like the story of the Exodus, a powerful lesson in humanity’s shared desire for freedom, one that we are rightfully proud of retelling in order to keep the memory alive.

Growing up in Toronto, I have often attended and volunteered at community-wide commemoration events and have worked to do my part in preserving Jewish history. From the Shoah to the Dreyfus Affair, it seems that Diaspora Jewry constantly strives to embody the spirit of remembrance in commemorating the countless tragedies inflicted upon us.

However, in that drive to remember, we have mostly forgotten an integral part in the vast library of Jewish history: the story of Jewish refugees expelled from Arab countries and Iran.

The plight of these Jews has been encapsulated rather eloquently in the song “Ach Ya Rav,” and popularized by the character of Salah Shabati (played, oddly enough, by Chaim Topol). Our stories include the Farhud (a pogrom carried out against the Jews of Baghdad) the Damascus Affair (the arrest and torture of the city’s Jewish leadership, including my ancestor Rabbi Jacob Antebi), and countless others. If you have never heard of any of this, it is likely a sign that we have yet to afford these stories the prominence they deserve in our historical narrative.

These stories serve not only as a compilation of the lived experiences of an entire generation of Jews banished from their longtime homes and communities, but a defining aspect of the lives of their children and grandchildren.

In 2014, the Israeli government moved to dedicate Nov. 30 as the day to honour and remember the Jewish refugees expelled from Arab countries and Iran following the 1948 Arab-Israeli War. The accompanying legislation mandates that primary schools include study of these refugees in their curricula, serving as the country’s commitment to ensure that the future generations are informed about this major component of Jewish history.

As a Canadian of Sephardic and Mizrachi descent, the lack of similar recognition in Canada makes me feel that my stories and interests — indeed part of my very identity — aren’t being represented. Not just as a Sephardic Jew, but as a Jew. Our stories are equally worthy of commemoration and we should not be seen as the exotic ‘other.’

But perhaps that is the issue, seeing Sephardic and Mizrachi Jews as ‘the other.’ This is why it is refreshing to see that at least one organization is making this an important issue.

B’nai Brith Canada has launched a week-long campaign to commemorate the roughly 850,000 Jews who were exiled from Arab lands and Iran following the creation of the State of Israel in 1948. It seems that they have taken a cue from Israel in a bid to establish Nov. 30 as the official day of commemoration in Canada.  I hope the larger Jewish community also gets involved, as part of what must be a broader campaign to prevent an essential part of Jewish history from being lost forever.

Perhaps this, and Israel’s official recognition, will encourage other Jewish organizations in the Diaspora to also permanently adopt the issue as a priority, and push for the refugees and their descendants to finally be compensated for their abuse.

The fact that families like mine have lived in that region for thousands of years and were not only ejected from their countries of origin but lost their homes, land, and businesses is indeed a story worth telling, not only amongst ourselves, but to the world. This Nov. 30, let us all commemorate the story of the refugees expelled from Arab countries and Iran, not as Sephardic, Mizrachi or Ashkenazi Jews, but as Jews.