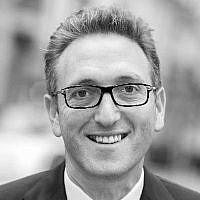 The Blogs
Jonathan Goldstein
Apply for a Blog
Please note that the posts on The Blogs are contributed by third parties. The opinions, facts and any media content in them are presented solely by the authors, and neither The Times of Israel nor its partners assume any responsibility for them. Please contact us in case of abuse. In case of abuse,
Report this post. 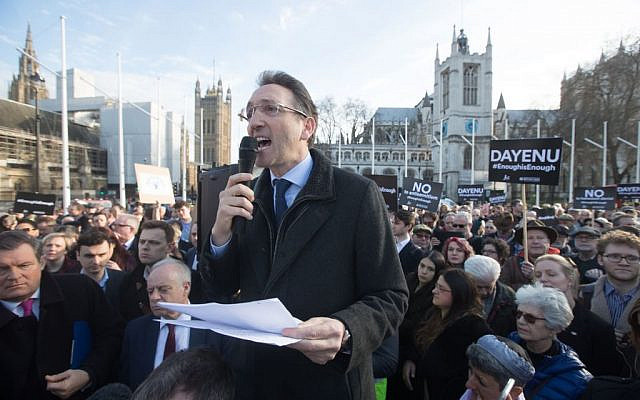 General Elections are always tense – tense for the country, tense for those for who the stakes are high. And at this election, the stakes were certainly high for the Jewish community who were worried about what our future would look like with a hostile inhabitant in Number 10.

We have always raised the issue of anti-Jewish racism in politics but that increased when Jeremy Corbyn became leader of the Labour Party and instances of hostility increased exponentially. Indeed, we took the unprecedented action of taking to Parliament Square to protest what we believed was a culture of racism towards Jews from within the Labour party. Many joined, both from inside and – gratefully – from outside the Jewish community. This was a moment to behold. The British Jewish community protesting on the streets against racism from the Government’s opposition.

But for all those who stood by us and were pleased to see us put our heads above the parapet, many were worried that our approach was too aggressive and that it may in fact increase the instances of antisemitism.

I have been clear from the beginning. You don’t half fight a war. We have a duty to expose the racism and to challenge it. An increase in hostility towards the Jewish community – while a legitimate concern – is not a justified reason to stay quiet. Indeed, my belief was that even if the level of animosity towards the community increased, it would be far worse if we allowed the Labour party’s antisemitism to go unchecked. Our approach has been vindicated by polling we conducted which showed that only two percent of the electorate felt increased hostility towards Jews as a result of the exposure. Far more – 20 percent – were concerned about the increase in racism in politics.

Amid all the gloom, the silver lining has been the way the community has come together to say no. And if we feared that only Jews care about antisemitism, I have been blown away by the allyship outside of the community. I can only say thank you to all those who listened, understood and stood by us. I am pleased they number too many to list.

But for all those who feel relief at the fact that Number 10 is not occupied by people who are hostile to us, I say that the fight is not over.

The Labour party is still the party of opposition and still infected with the poison of antisemitism. For all the self-described moderates left in the party, they have serious questions about how they regain control of the party, if indeed that is possible.

In April 2018 we made it clear what steps the party needed to take to deal with the issue. Alas, those steps remain untaken. Since then, a formal inquiry into institutional racism by the EHRC has been logged. This is ongoing.

As well as the practical things the party can do, they have to think about how they can regain the trust of the Jewish community. I don’t think it is for us to tell them how they can do that. But some serious leadership and introspection is needed as well as a serious admission of failure.

It remains unthinkable to me that the party would have dealt with any other form of racism in the way it has with antisemitism. The events of the last few years – gruelling as they have been – should be a sharp reminder that the Jewish community has found its voice and we will not stay silent when our community is under attack.

The next leader of the Labour Party has a choice and they must take the urgent and necessary steps to begin to build bridges with the Jewish community.

Only if the former approach is taken can some of the hurt, pain and anxiety of the past few years begin to be repaired. The time for healing is now. The question is, is that the direction the new leader of the Labour Party will want to go.