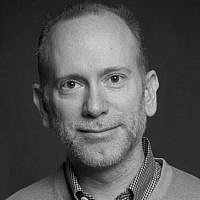 The Blogs
Isaac Zablocki
Apply for a Blog
Advertisement
Please note that the posts on The Blogs are contributed by third parties. The opinions, facts and any media content in them are presented solely by the authors, and neither The Times of Israel nor its partners assume any responsibility for them. Please contact us in case of abuse. In case of abuse,
Report this post. 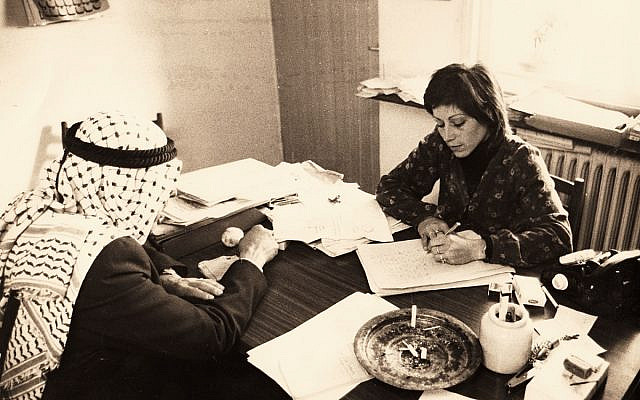 Promotional image for 'Advocate,' by Philippe Bellaiche and Rachel Leah Jones, from the online catalog of The Other Israel Film Festival. (courtesy)

The 13th annual Other Israel Film Festival opened November 14th with the controversial film Advocate (Dir. Phillippe Bellache and Rachel Leah Jones) about attorney Lea Tsemel, who spent her career defending Palestinians accused of acts of terror. This engrossing film brings to the public an in-depth look at a truly courageous woman. Whether you agree with her or not, she admirably wakes up every morning to fight for what she believes in, against a stacked system.

This film has become the latest victim of attack by Israel’s Minister of Culture Miri Regev. After premiering at the Sundance Film Festival, it went on to win an award at the DocAviv Film Festival. The minister pushed to have this reward canceled. Soon after, it was revealed that one of Tsemel’s legal partners who appears in the film was arrested for his involvement in a shooting at a Jewish bus. The film was then pulled from the Cinema South Film Festival and the minister of culture later pushed to have the film removed from a screening in the north of Israel leading to protests from both supporters of the film and those opposed to it.

Advocate follows the perspective of Tsemel, who not only defends Palestinians accused of acts of terror, but actually believes they are not in the wrong. Most of her clients are found guilty. But Tsemel does not judge them. She defends her partner, who chose to take his fight out of the courtroom and into terror activity. Not just because they have the right to a defense, but because she believes that the Palestinian cause has no choice but to rise up against the Israeli occupation.

On one hand, this film actually makes Israel seem like a healthy democracy with a functioning judicial system that gives everyone a trial and a right to a defense. On the other hand, Tsemel’s non-critical approach to the use of violence by her clients raises some brows and brings up questions of ethics. Is violence ever an answer? But Tsemel knows that she, and those who judge her clients, are not in the shoes of Palestinians. She understands that the Palestinian perspective is one that would drive even a lawyer to violence.

In one of Rabbi David Hartman’s last interviews with the Israeli press, he expressed concern for the direction the right-wing yeshiva students were taking. He felt that the polarization and extremism of the yeshiva world was teaching students to ignore the humanity of Arabs in Israel. This lesson remains more relevant six years after Rabbi Hartman’s passing.

We often dehumanize our enemy. Our world is not a science fiction film. Our enemies are flesh and blood and no human is born evil. As we learn from Tsemel, her clients feel like they have no other choice other than to use violence. We see her clients in the film and experience their humanity.

The lesson of this film and of the Other Israel Film Festival in general is to try to leave our comfort zone and see the perspective of others. See the human beings on the other side and try to remember that even your greatest enemy is after all a person with an opinion and an experience that is different than yours.

Many people in the audience do not agree with Lea Tsemel, but they all heard her and hopefully saw that she is not a monster, but rather a human with a different perspective and a lot of courage. In a healthy democracy, having the right to express other perspectives is essential. The power of film takes us into the lives and stories of people that are different than us and allows us to better understand perspectives that are not our own. We should never censor or boycott perspectives because they are different than our own, we should actually even embrace them.

The 13th annual Other Israel Film Festival (Nov 14-21) takes an in-depth look into Israeli and Palestinian societies through films and conversations. For more information go to: otherisrael.org

About the Author
Isaac Zablocki is the director and one of the founders of the Other Israel Film Festival at The Marlene Meyerson JCC Manhattan.
Related Topics
Related Posts
Comments