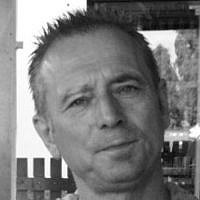 We humans are the only creatures in the universe who have a free will, a will that enables us to make choices.
We are able to protest against injustice that affects us.
We can protest by saying no – no to destroying and polarising. No to blaming “the others” and to waive our own responsibility. We can always choose to percieve ourselves as victims. But if we do, then we get stuck in bitterness and pointless hatred.

We have the ability to protest by saying yes – yes to building human relationships and positive societies, to develop through conversation, through supporting and caring, by always presuming that people have equal value. We choose to keep going.

We, the Jews and our country, Israel, protest by saying yes.

We protest when Israel and the Jews yet again are accused of all the old spruced up traditional anti-Jewish sentiments – they keep demonising us, and as usual they want to blame all injustices on Israel, portray Jews as oppressors, exploiters and killers, like a cancer infiltrating all living tissue, regarding us as killing Christian children to make matza of their blood, and as God killers, and responsible for the Holocaust of six million European Jews as well as being child abusers by our traditional circumcision of boys, as animal abusers through our traditional slaughtering method, and now, of course, as evil beings treating the inhabitants of Gaza just like the Nazis treated us – not forgetting that we are also exploiters of the poor, the abused, the helpless, the hungry, as capitalists and communists and as those who seek to control the world as well as those who have built Israel on the blood of Palestinians.

We protest against this by not regarding ourselves as victims, a victim one pityingly can grace with alms to calm you own conscience. A victim who is not allowed to speak for himself. A victim disclaiming his own responsibility.

We protested against this in the form of my grandfather and the others who prayed the Shma Israel before they were murdered together with their families in the death camps during World War II. Those who recited Shma Israel as they went to their deaths, to God, who seemed to have forsaken them – but still they did not abandon Him.
We protested against the Nazis through our prayers – you can kill us but you can not take our pride or our dignity from us.

We protest against this by honouring all the survivors ans well as all the people murdered during the Holocaust, and by continuing to be Jews.
We protest against this, me and my wife, by having moved home, to Israel.
We in Israel protest against this together, with the protesting Jews from all of the Middle East countries and those from Ethiopia, from the Soviet Union, the United States, France, from Europe including Sweden and all the others living in Israel as well as in the diaspora.

We have never been autonomous and self-governing throughout all generations of exile. We never had a country of our own during our banishment from our own country, the country we loved, longed for and never forgot – where our prayers went as we longed for Zion, for Jerusalem.

However, we have survived and outlived all the mighty regimes where we have lived, and sometimes been slaves under.
We have a regulatory and legislative system that makes up the difference between a life of chaos and a life lived within a protective moral and legal fence.

We stick to the road we have been wandering for 4000 years, and we show people’s ability to build instead of tearing down and destroying.

We are convinced that our God is committed to his promise to protect his people.

So we protest by living, surviving, by loving life and continuing to live.

This is what we are protesting.