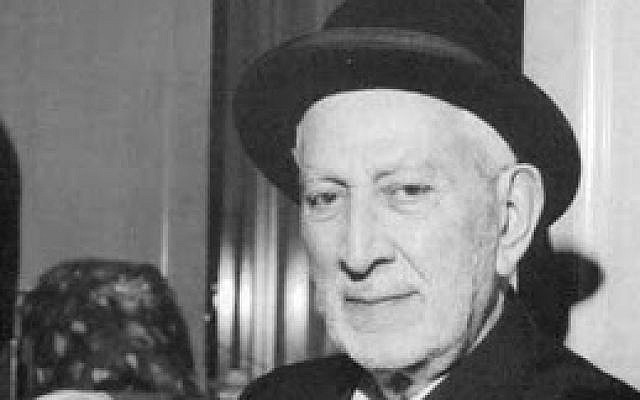 Yesterday my Iranian Jewish community here in Southern California was shocked to discover that one of our beloved houses of worship, the Nessah Synagogue in Beverly Hills was vandalized in an anti-Semitic attack.

From social media photos released by synagogue members who entered the building after the attack, we saw Torah scrolls torn and thrown on the floor, prayer books that were damaged, shattered pieces of glass, prayer shawls thrown on the floor and furniture that was overturned. All of the photos were indeed heartbreaking but to see our holy religious scrolls desecrated and destroyed was particularly painful.

PHOTOS from inside the synagogue have just emerged. Awful. pic.twitter.com/9jpn0PvDwj

This shameful attack on our community is not just another anti-Semitic incident in America, but especially difficult for the vast majority of Iranian American Jews who only four decades ago began fleeing the anti-Semitic violence and persecution of the radical Khomeini regime in Iran. Unlike the vast majority of Jews in America, we know the real pain of anti-Semitism only too well because we experienced it first hand after the 1979 Islamic revolution in Iran that almost overnight turned us Jews and other religious minorities into enemies of that regime. And yet we were able to survive that nightmare in Iran and have been successfully able to persevere and create new lives for ourselves in America. Our ability to survive the worse anti-Semitic oppression of the Iranian regime will also enable us to push forward and fight back against this latest scourge of anti-Semitism in the U.S.

Some non-Jewish friends recently offered their sympathy to me for the attack and asked how the Iranian Jewish community will move forward. I replied very simply by saying “after having survived that demonic, genocidal dictator Khomeini, Iranian Jews are strong and will also survive this anti-Semitism in America.”

This latest attack on the Nessah Synagogue reminded me of the late and beloved Hacham Yedidia Shofet, the former Chief Rabbi of Iran and my community’s spiritual leader. (Interestingly, he was also one of the founders of Nessah in 1981). He faced the evil of Khomeini twice during the 1979 revolution and as a result was able to secure the survival of Iran’s Jews.

Affectionately known in the community as “Hacham Yedidia,” he and his son Rabbi David Shofet were first forced to greet Khomeini and bow before him when the dictator arrived back at Tehran’s airport in February 1979. The sole purpose of both rabbis greeting Khomeini was to show him respect and as a result potentially avoid his evil wrath against Iran’s Jews. In his Farsi language memoirs, Hacham Yedidia recalled his first visit to Khomeini at the airport as a painful but necessary visit that was done only to help secure the safety of Iran’s 80,000 Jews.

Then again, in May 1979 after the Iranian regime executed Habib Elghanian, Iran’s Jewish community leader, on false charges of spying for America and Israel, Hacham Yedidia was again forced to meet with Khomeini face to face. The sole purpose of his second visit to Khomeini in the city of Qom was to gain a beneficial public announcement from the regime’s leader about the status of Jews in Iran.

In his Farsi language memoirs Hacham Yedidia stated that this second visit to Khomeini was especially frightening to him not only because the regime had randomly executed the Jewish community leader, but because the future safety of Iran’s Jews was in jeopardy. And after fasting and much prayer, Hacham Yedidia traveled to Qom and met with Khomeini eye to eye. Following Hacham Yedidia’s praise for the dictator and recalling the Jewish community’s long history in Iran, the Iranian dictator publicly proclaimed that the new regime “had no problems with Iran’s Jews who were righteous people of the book, but the new regime was only opposed to the Zionists in Israel.”

This public proclamation from Khomeini was no doubt a miracle for Hacham Yedidia as it gave him and Iranian Jews some minor assurances that the country’s larger Muslim population would never dare harm the Jews after the dictator’s statement.

Eventually the vast majority of Iran’s Jews would see the writing on the wall and flee Iran altogether in both the early years of the revolution and in later years. The community’s spiritual Jewish leader had essentially twice stared the anti-Semitic evil of Khomeini in the eyes and helped avoid their potential destruction. Today as we face anti-Semitism in America, we Iranian Jews know this evil all too well from past similar experiences which have made us strong to fight back against it.

In my humble opinion, the leadership of the Nessah Synagogue and the Beverly Hills City Council should use this anti-Semitic incident as an opportunity to not only denounce anti-Semitism but to educate the larger non-Jewish American community about the evils of Jew hatred. You must gather clergy from all faiths in the city, in the county and the state to march, to demonstrate and publicly denounce Jew hatred. This is especially a good opportunity to educate Iranian non-Jews about the evils of Jew-hatred. Instead of just condemning this evil act against Jews, why not publicly take substantive public action to educate others about it?

L.A.’s Iranian Jewish leadership should take the opportunity to reap some good out of the evil that has occurred.