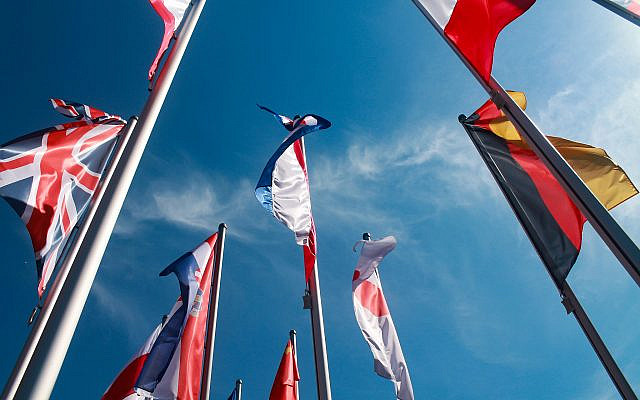 Photo by Sebastiano Piazzi on Unsplash

As Omicron washes over Israel, many of us are consigned to one of two reactions: incredulity that a variant more harmful than the initial Wuhan strain is being allowed to burn through our population, despite two years of proof that our government can keep the economy up while locking down; or resignation to the perceived inevitability of infection with what is, relatively speaking to Delta, a milder strain.

Whatever the government decides to do, we can be sure that this current wave will not be the last: as Omicron infects hundreds of millions around the world, new variants will undoubtedly evolve. Some will achieve immune escape. All it takes is one from those millions of variants to have the right combination of mutations and, whoosh! Another wave sweeps away previously acquired immunity, making the dream of herd immunity as distant as ever.

This current wave will not be the last: as Omicron infects hundreds of millions around the world, new variants will undoubtedly evolve. Some will achieve immune escape

Most virologists, epidemiologists, and public health leaders agree there is only one way to reduce the opportunities for the virus to build variant factories: by vaccinating the globe. Besides being good science, it is also good sense. Vaccinated individuals mount a quicker immune response, reducing the chance of the virus to mutate and spread. To stop a pandemic we need a pan-vaccination campaign. A global problem requires a global solution.

Just as our response to the climate crisis is by definition limited, Israel cannot expect to protect its at-risk populations by focusing its response locally. Our recent experience should be proof enough that “taking care of our own” is insufficient: despite massive vaccination efforts, free testing, generally high mask compliance, and an economic response that has grown our economy over two years of radical uncertainty, we again find ourselves with tens of thousands infected every day and no idea what the long-term implications of infection will be.

To stop a pandemic we need a pan-vaccination campaign. A global problem requires a global solution. Israel cannot expect to protect its at-risk populations by focusing its response locally. Our recent experience should be proof enough that “taking care of our own” is insufficient

Calls by politicians to allow the virus to run its course should be as shocking to Israeli ears as calls for Israel to not respond to Hamas rockets because we have the Iron Dome. Regardless of how few the casualties, Israel has built its culture around the sacredness of life. The collective willingness to fight to protect our citizens is core to our understanding of who we are.

Omicron should wake us up to the new reality: the only way to protect Israelis from new SARS-CoV-2 permutations is to take the fight to the enemy. Israel needs to make it our national mission to build an international coalition to vaccinate the world. We need to join forces with other nations of the world unwilling to sacrifice their young and their immunocompromised, not only to administer vaccines but also to build the testing, tracing, and monitoring infrastructure to enable rapid response to rising variants and prepare ready-made response plans when variants of concern are identified.

Until now, efforts to make healthcare technologies available to developing countries have been seen as a charitable contribution, deemphasized in favor of more hard-nosed metrics such as economic growth. Increasing the availability of healthcare technologies has not yet been understood as a crucial tactic in a global strategy for resilience.

As a healthcare executive who has built and commercialized healthcare technologies for emerging markets, over the past decade I have seen dozens of excellent diagnostic and therapeutic technologies that could break the chain of infection abandoned, because the return on investment wouldn’t justify another round of VC investment. We cannot accept that any longer. We are in a world war against a virus, a war that has already claimed more lives and destroyed more families than all of the 21st century wars combined.

We have spent too long trying to appease the virus through isolationism, each country wrestling with the virus on its own shores. That needs to end. Israel needs to lend its technical, operational, diplomatic, and financial capabilities to building a united front with the nations of the world. This will require a massively coordinated campaign of staggering complexity – a global operation that puts the military efforts of previous world wars to shame.

For millennia we’ve evolved social structures to primarily protect us from threats from other humans. But in this century, and probably in the centuries to come, we will be more threatened by non-human actors such as viruses and extreme weather events than by bands of humans who want us dead

This kind of massive, coordinated effort requires a new international coalition – less UN, more NATO. For millennia we’ve evolved social structures to primarily protect us from threats from other humans. But in this century, and probably in the centuries to come, we will be more threatened by non-human actors such as viruses and extreme weather events than by bands of humans who want us dead. Just as we didn’t trust the free market to protect the free world from the Soviet threat, and we don’t put our faith in capitalism to stop terror or protect the Ukraine, neither can we pretend anything other than outcomes-focused, disciplined operations will stop the non-human threats already killing and maiming so many of us.

Israel will have much to contribute to such an international effort. We have been at the forefront of research into COVID-19, and on the cutting edge of developing clinical workflows and updating the standard of care. Israel has one of the world’s best patient databases, strong cyber discipline, and a plethora of world class epidemiologists and public health leaders. Israel has the industrial infrastructure to manufacture medicines and other critical medical technologies, giving us the operational knowhow to help others build out infrastructure to enable faster response, and stop transmission before it spreads.

Global challenges require global solutions. If we were once told to “think global, act local,” 21st century problems are now requiring us to “think local, act global.” Whether it be COVID-19 or the growing frequency of extreme weather events wreaking havoc across the planet, developing an international coalition to take the fight to the non-human enemy has become an urgent matter for Israel’s own security. If we truly value the lives of our own citizens, we need to rapidly develop the operational infrastructure to deploy global solutions to defend all citizens of the world.