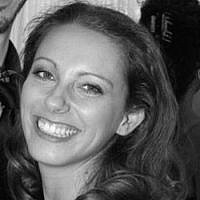 The Blogs
Bethany S. Mandel
Apply for a Blog
Please note that the posts on The Blogs are contributed by third parties. The opinions, facts and any media content in them are presented solely by the authors, and neither The Times of Israel nor its partners assume any responsibility for them. Please contact us in case of abuse. In case of abuse,
Report this post. 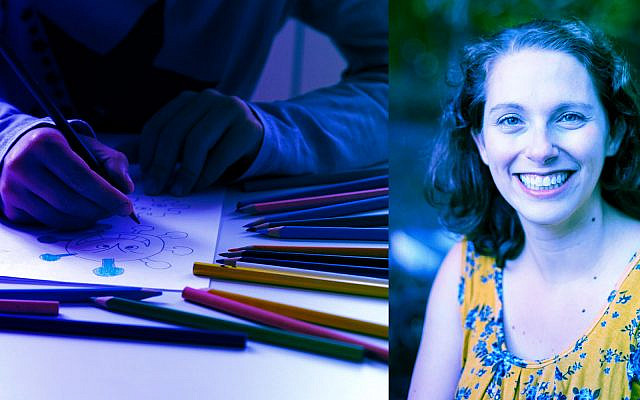 WASHINGTON (JTA) — Back in Normal Times, when I would tell other parents in Jewish settings that we homeschool, I would be met with exhortations of “I could never do that!” Things have certainly changed in the past two months because now everyone does. I’ve found myself suddenly running a lending library out of my house and a homeschool help hotline for friends on my WhatsApp.

When I used to explain homeschooling to those unfamiliar with it, it was hard to describe what life was like home with your kids all day, every day. For most parents, their only extended experience home with their kids was during their maternity leave — a few weeks or months at most. It’s very different, in good ways and bad (but mostly good because those first few weeks of parenthood are rough), but most parents had no frame of reference for our day-to-day life.

Now everyone knows what it’s like to be home with kids. For many it’s a miserable slog, especially as it’s come as a surprise. But for others, the allure of a homeschooling lifestyle is presenting itself. The hours spent watercoloring, reading together, playing games to learn math and using baking to teach math, science, nutrition and more are what makes this life sweet. For the first time, many families are getting a taste of the life homeschoolers enjoy, albeit without the outside-the-home opportunities that add additional and important richness.

It’s been funny hearing the same friends who told me they’d never consider homeschooling pepper me with questions about curriculums, resources and local homeschool groups. For some, they are seeing a sense of calm come over their days and over some of their children who were struggling in the classroom. For others, they are witnessing what their kids’ schools are sending home and coming to the realization that outside of the social aspect of school, they could be doing it better at home because they currently are. And others are watching their incomes dry up, making the idea of day school tuition, which once was a stretch and a struggle, now an absolute impossibility.

In the religious Catholic, Christian and Muslim world, homeschooling has been booming in popularity in response to the secular nature of public schools and the cost of parochial education across denominations. (The increasing utility of the internet and relaxation of state rules have helped, too.) As I’ve interacted with other religious homeschool families, I’m always asked why I’m the only Jew they know that homeschools. Given the cost of Jewish schools, the length of the school day and the intractable nature of sending kids to public school for most families, homeschooling seems like it would be a viable alternative for religious Jewish families.

The homeschool world is blessed with copious secular resources in science, math and English, and even for experienced homeschoolers it can be overwhelming choosing between so many attractive options. For those considering homeschooling, where can you even begin to understand what’s available when you don’t know anyone else doing the same? Potential Jewish homeschoolers are faced with diametrical problems: too few options for Jewish curriculums and too many choices in the secular realm.

Another roadblock standing in the way for most Jewish parents is the lack of a clear social life for their kids if they are pulled out of school. It’s another chicken or the egg scenario: Jewish parents want their kids to have Jewish friends, but if no other Jews are homeschooling, that can’t happen. Not many people want to take the leap without anyone else in the pool, especially with no expectation or hope that anyone will follow behind them.

But as more parents are considering what to do with their children next year, and as more families evaluate what they want to take from this coronavirus experience as they move back into more normal life, the issue of not enough Jewish homeschoolers may cease to be the impediment it has been. As parents settle into a routine of having kids at home full-time, it seems likely (judging by the sudden popularity of existing Jewish homeschoolers) that more and more Jewish families will consider homeschooling as a viable alternative to the current system of expensive private day schools.

The Jewish education world would do well to spend this time developing high-quality home learning materials and strategies for homeschool socialization, so that as tuition bills come due for a school year we’re unsure will even continue as normal, families can make the choice that’s right for them.

This piece is a part of our series of Visions for the Post-Pandemic Jewish Future — click here to read the other stories in this series. Use #JewishFuture to share your own ideas on social media. If you’d like to submit an essay for consideration, email opinion@jta.org with “Visions Project Submission” in the subject line.

About the Author
Bethany Mandel has worked as a teacher in rural Cambodia, as an online fundraiser at The Heritage Foundation and most recently was the Social Media Associate at Commentary Magazine. A graduate of Rutgers University with a BA in History and Jewish Studies, she is currently a work-at-home mother. Bethany has appeared on CNBC's The Kudlow Report, Huffington Post Live, BBC World's World Have Your Say, and was a regular guest on "Powers to the People" on Talk Radio 1380am WNRR. The Jewish Week picked her as one of its "36 Under 36" in 2013, an annual list of individuals reinventing Jewish life. Her husband Seth Mandel, is the op-ed editor at the New York Post.
Related Topics
Related Posts
Comments