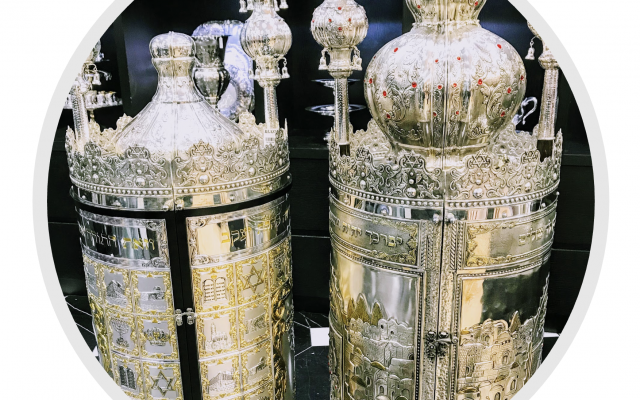 I had this powerful dream recently. In the dream, incredibly, I am fighting an angel of G-d, just as Jacob, our forefather, did.

It is quite a violent dream. The angel has his powerful hands around either side of my head, and with his fingers in my eyes, he is trying to gouge my eyes out. Rather than submit, I grab his face in my two hands, and in turn, push my fingers into his eyes. And like this, I am engaged in a struggle for my vision, if not my very life.

At this point, I suddenly woke up, yet I remembered the imagery of the dream 100% vividly. Immediately, I receive a message playing again and again in my mind, and I am saying to myself, as follows:

I need to see something that I am not fully seeing in my life.

Over and over again, this message resonated with me. And I just shook my head, asking myself, “What does this mean?” What am I not seeing that I should be seeing? What am I missing in my vision and understanding?

Then, over the course of the very next week, I saw the answer so crystal clear in Rabbi Yosef Mizrachi’s book, Divine Information. In this incredible book, Rabbi Mizrachi opened my eyes in explaining about “Torah and Science,” how G-d’s word to us in the Torah is fully and absolutely divine from Hashem.

The Torah contains hidden messages, code words…prophecies, wisdom, and knowledge that no human being could have ever known [thousands of years ago].

The Torah was given in 1,312 BCE, before most of the discoveries of the world, modern science, and tools like telescopes and microscopes. Yet, the Torah tells us secrets of the world and science long before they were known.

Aristotle (circa 350 BCE) and other Hellenistic astronomers were among the first to discover that the world was round (vice flat). How is it that in the eighth century BCE, the prophet Isaiah wrote (Isaiah 40:22):

[G-d] sits on the circle of the earth, and its inhabitants are like grasshoppers.

Further, the Zohar (a Kabbalistic work) from the teachings of Rabbi Shimon Bar Yochai, written around the 2nd century CE, tells us about the earth and its inhabitants:

How was it known that people, animals, houses, and more were populated all over the world spinning in space and that nothing falls off well before the times of the great discoverers (Columbus, Magellan, etc.) in the 15th and 16th centuries CE?

We are told (Leviticus 11:9) that fish are kosher when they have both fins and scales, and the Talmud explains that whatever has scales will always have fins. How could the Oral Torah know that anywhere in the entire world (and much of it yet unknown) and further for all future generations of the evolving species, there was and would never be a fish with scales that didn’t also have fins?

Similarly, we are told (Leviticus 11:3) that animals are kosher when they have split hooves and chew their cud. And the Torah specifically identifies just four animals (camel, hare, rabbit, and pig) in the entire universe that have only one of these signs. Again, how could the Torah know that anywhere and for all future generations of changes and mutations, there is and would never be another animal with only split hooves or that chews the cud?

In the Talmud written more than 1,600 years ago, it states (Berachot 32b) in the name of Rabbi Shimon Ben Lakish that there are roughly 10 to the 18th stars in the sky, which is remarkably close to the current scientific estimates of 10 to the 22nd. How was such a large and unfathomable number known by our sages long before modern astronomy and the invention of the telescope in the 17th century?

In the 4th century CE, Hillel, the head of the Sanhedrim, created the Jewish calendar, which is a 19-year cycle with 7 leap years of 13 months each in order to keep the holidays fixed in their season. These leap years are necessary since Judaism is based on both a solar and lunar calendar, such that the beginning of the month is based on the appearance of a new moon, but the Jewish holidays are affixed to the solar seasons of the year. The result is an 11-day gap between the solar and lunar cycles every year. How did Hillel so long ago figure out the precise way to account for this, combining information on the Earth’s rotation (24 hours), the moon’s revolutions around the Earth (29 1/2 days), and the Earth’s revolution around the sun (365 1/4 days)?

In 1862, Otto Von Bismark united about 300 barbarian tribes in Europe to create the Republic of Germany, yet already 1,500 years prior, the Talmud (Megillah 6b) states:

Germamya, which is near the land of Edom (i.e., Rome), if they (i.e., the Germans) would go forth, they would destroy the entire world.

Moreover, in the codes of the Torah (i.e., skipping letters in equal numbers), the words Shoah, Hitler, Eichmann, and Final Solution are found. How is it that the Torah and our sages were able to foretell the horrific destruction that Germany would bring about in World War I and II and in the devastation of the Holocaust?

G-d commands the Jewish people (Leviticus 12:3) about circumcision to be performed on the eighth day from birth:

And on the eighth day, the flesh of his foreskin shall be circumcised.

Scientists have since found that on the eighth day after birth, vitamin K, necessary for coagulation to stop the bleeding, is highest on this day. How did the Torah know this thousands of years ago and thus command us to circumcise specifically on the eighth day?

The Midrash teaches the following about the Western Wall of the Jewish Temple:

The Western Wall will never be destroyed…

Sure enough, even though both the Babylonians and Romans destroyed the Temple thousands of years ago and the land was conquered many times, including by the Crusaders and the Muslims, who even built a mosque on our Temple Mount, the Western Wall has always stood the test of time for the last 3,000 years.

The proofs of the authenticity of the Torah and of our G-d Almighty goes on and on.  This is just a sample. Even the fact that the Torah and our prophets foretell of the Jewish people’s sin, exile, and eventual redemption and return from the four corners of the Earth (Isaiah 11:12) is nothing short of miraculous.

With Rosh Hashanah coming soon, I realize that at times, I have been deficient in my faith and my religious actions. From my parents and as a young man in yeshiva, I learned about G-d, faith, and Torah, but as I got older, maybe I didn’t always choose to see it. Too often, I’ve been lazy, rationalized, and made excuses where I should’ve maintained stricter faith and followed more of the Torah’s commandments. I believe that I can do better, and I hope that through continued learning and determination, I will improve myself, be a better person and Jew to Hashem and my fellow human beings.

My hope in sharing this dream and what I learned with you is that you too will be inspired to continue to learn, grow, and to find your way to the Truth of Hashem Almighty and the holy Torah that He mercifully gave us to guide our lives in this world and to gain entry to G-d’s Divine light and holiness in the World to Come.