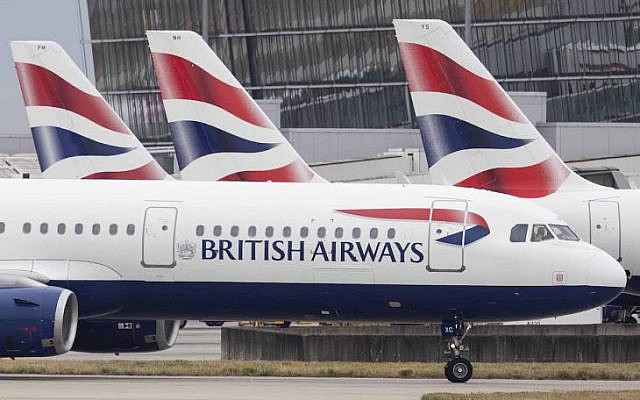 If it's not in the air, it's losing money

British Airways (BA). After some 13 years as a state-owned company, BA was privatised in February 1987. The airline went on to acquire British Caledonian in 1987, Dan-Air in 1992, and British Midland International in 2012.

To this day, BA remains a private, commercial enterprise tasked with making money for its shareholders. It is not a charity nor a Non-Profit Organisation. Its purpose, like any other business, is simply to make money.

A long time ago, I worked for a defence company. Life was good, money flowed, and the company grew. Suddenly, there was a peace agreement with Egypt followed just a few years later by Jordan. Demand for military equipment collapsed. The customer had spoken, spending on defence was scaled back, companies shrank or closed down. I found myself redundant, fired, out of work. The worker’s union, who had happily taken my monthly contributions during the 20-odd years I had worked for the company, shrugged their shoulders, and wished me luck.

Much the same has happened to BA. Their customers, that’s you and me, have spoken; no flights, thank you, we’re staying at home for the foreseeable future.

Blaming the coronavirus pandemic, and the strict quarantine rules now in place around the world, BA is cutting as many as 12,000 jobs, more than a quarter of its 45,000-strong workforce. In addition, more than 22,500 staff have been furloughed with 80pc of the workers’ wages up to £2,500 being covered by the taxpayer.

This will not be the first time that BA has stopped flying. In September 2019, BA had to cancel nearly all flights when its pilots went on strike, disrupting the travel plans of nearly 200,000 passengers. The strike was called by the British Airline Pilots Association (BALPA) in a dispute over pay. BA pilots currently have to make do with £167,000 and an additional £16,000 of flight allowances; that’s about £500 a day.

But everything has changed. The travel industry is not expected to recover for several years. Have the unions understood and accepted this new reality? Of course not, they have pledged to fight the job cuts.

But BA should not feel alone. Lufthansa, one of the world’s most powerful airlines, is about to file for bankruptcy while trying to get an £7bn rescue package from the German government. Air France-KLM warned that the pandemic has greatly reduced the number of passengers and could hit earnings by as much as £170m. Worldwide, airlines are looking at losses of £23bn.

After a sleepless night worrying about the 200 Shekels of goods, missing but charged for, in my latest supermarket delivery, a few billion lost by an airline puts it in proportion.