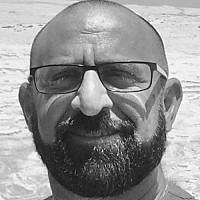 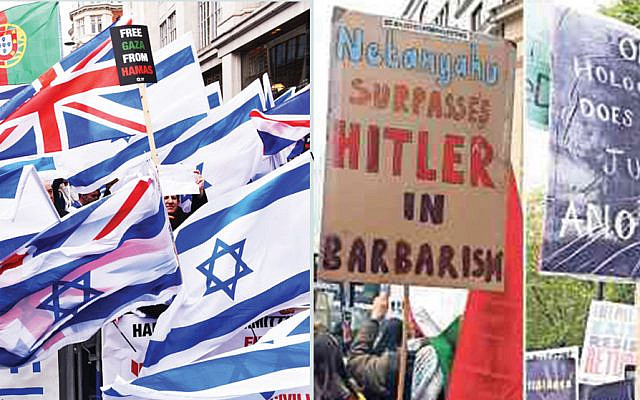 Many British Jews, will have been conflicted by recent developments in Israel, and in the UK, and the effect of one on the other.

Most human beings will be deeply troubled by the inequalities, plight and living conditions of Arab people who identify as Palestinians, whether living as refugees in Jordan, or Lebanon, as residents in Gaza or in the West Bank, and the argument as to whether culpability lies with the Palestinian leadership, Hamas, governments of Israel or other sovereign states, is unlikely to conclude any time soon.

Regardless, the recent escalation of the conflict in Israel, whatever its genesis; whether cynical political maneuvering, an annual raising of awareness and hostilities or, an opportunistic effort to further long-term, ideological aims, has also served to escalate enmities in the wider world.

Wherever you stand on the debate, many British Jews will have felt the atmosphere of the significantly increased antisemitism reported this week.  The flying of Palestinian flags at pro-Palestinian rallies are not, in their own right, displays of antisemitism, unlike, however, banners equating Zionism with Nazism, those affirming Hitler’s actions, or indeed, the age-old blood libel.

Many staunch union members such as those belonging to Equity or the NEU, will have felt betrayed by organizations whose remit is to support the rights of their members here in the UK, but are now taking an international political stance where none was previously taken in support of other minorities, perceived to be persecuted, or at risk.

How did the situation in the Middle East spill out so visibly on the streets of the UK — and how should British Jews respond?

Do we express our solidarity with Israel whether or not we hold any personal misgivings about Israel’s politics? Do we perceive solidarity with one nation as an attack on the other, or sympathy for a people with support for a terrorist organization?

Do we ask ourselves why these international affairs receive such widespread attention in the UK, in stark contrast to other international events where human rights are perceived to be violated?

Do we debate the highly emotive terms such as “ethnic cleansing”, apartheid etc.?

We’ve already seen Mezuzot pulled from the door frames of Jewish households, people advised not to wear Kippot on their heads, Magen Davids round their necks whilst on the streets, or identifiable Jewish school uniforms – is this something we should tolerate?

Most of all, how should we respond to the now regular events attended by thousands of people, where the messages are not only pro-Palestinian, but overtly anti-Israel and, often, antisemitic.  Are these rallies merely an expression of freedom of speech — of which this country is justly proud, or are they a call to arms by which we should feel threatened?  Rally organizers are now careful to select Jewish speakers who may espouse views in accordance with the aim of the event, albeit perhaps not the views of the majority of the Jewish population.  Do we challenge, or dismiss?

Do we put our heads down, wait for it to pass or, for the hoped-for backlash of the British people who have little appetite in seeing the interests of parties in the Middle East played out on English streets, or do we challenge, counter-rally or mobilize our keyboard warriors?  Social media consumers may be drawn to the energetic rhetoric on both sides of the debate on Israel, but two sides baying at each other from the literal or metaphorical opposite sides of the street achieves nothing but to inflame pre-existing mistrust and hostility.  Regardless, rarely, if ever, has it been more uncomfortable to be a British Jew.

About the Author
Before studying architecture, Steve spent a year living in Israel doing Ulpan on kibbutz Ma’agan Michael where his love for Israel and Zionism grew, a passion which eventually brought him to the ZF. Steve is also an accomplished professional photographer and was previously short-listed for a Travel Photographer of the Year award for his life portraiture of people in the Old City of Jerusalem.
Related Topics
Related Posts
Comments
Advertisement