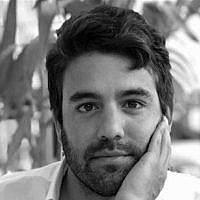 The Blogs
Royee Atadgy
Apply for a Blog
Please note that the posts on The Blogs are contributed by third parties. The opinions, facts and any media content in them are presented solely by the authors, and neither The Times of Israel nor its partners assume any responsibility for them. Please contact us in case of abuse. In case of abuse,
Report this post. 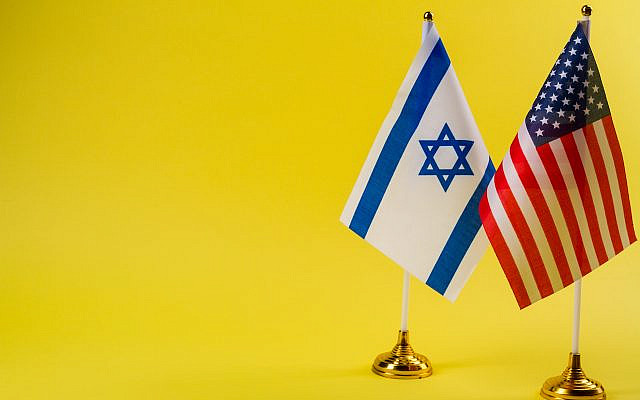 Miniature Israeli and American flags side by side (Remistudio; Shutterstock Images)

“Imagine,” I tell a friend in Philadelphia, “that Camden is launching rockets at you across the Delaware.”

It is night time here in Israel, on a Wednesday in which the country finds itself, yet again, in an all too familiar standoff. I field messages ranging from concern to accusation as I share what is happening here and why. I tend not to let widely circulated tweets or Instagram posts speak for me. Instead, I offer my own understanding. Some bring bizarre and irrelevant challenges into my private messages such as, “But have you ever dated a Muslim woman?” Others are disgusted by me. Others engage in demanding but beneficial dialogue, wanting to learn. Save for one person, all are Americans. On the phone with my friend in Philadelphia, I suddenly find it surreal (and a little frustrating) to have to graft the violence here onto towns and cities they are familiar with in order to make the terror palpable, if only in their imagination.

Over the weekend, the onslaught of infographics shared about Sheikh Jarrah on social media gave me hope that my American friends were paying attention and educating themselves and that, when the time for retaliation by terrorist factions in Gaza began, they’d stand with Israel too. I was wrong. As soon as Hamas began dispensing rockets from Gaza into neighboring cities, reaching as far as Tel Aviv, my feed went silent. Why? Why was I not seeing the same fervent condemnation of Hamas and Islamic Jihad as I was seeing about colonialist, apartheid Israel?

The clue, in part, is the ideological activism that has become all but ubiquitous in colleges and universities — and within liberal circles of friends of mine in America — that has come to damaging conclusions about who is included under the intersectional umbrella. As postmodernist thought pervades social justice circles, all nuance is stripped away in favor of clean explanations that are not suitable for the chaos of conflict. The idea that power is the only thing that mediates human relationships means that one party must be the oppressor, and the other oppressed. It’s easy, sitting comfortably from afar, to see the conflict in this way. No bomb shelters for my friend in Philadelphia. No heartbreaking imagination from their toddlers that the rockets falling around them are “only dragons”. The ideology put forth belies the complexity of the region and its many messy, violent chapters. Understanding that it’s not entirely warranted to apply brash certainty when discussing the Israeli-Palestinian conflict takes time, effort, context, and lots of reading.

Most don’t care for that, instead defaulting to the reductive oppressor/oppressed binary popular in social justice circles today. Viewed through this lens alone, people run with narratives that are juicy, immediate, and satisfying. But these neat categories almost always do more harm than good when we talk about a situation that confuses, terrifies, and angers. Furthermore, the use of hyperbolic language like “apartheid”, “ethnic cleansing”, “war crimes”, etc. only seeks to deaden distinctions, obfuscate meaningful points, shut down debate, or downplay complicity on both sides.

These circles share hierarchies of what is considered “good”, and embrace a playground view of the world in which everyone can be divided into bullies or bullied — all of which borrows heavily from allegorical and religious thought. In recent years, a dispassionate observation is favored less than pure feeling, and in this way the adherents to this ideology, in their telling silence, have amplified age-old condemnations of the Jews.

Consider why it is that Israel must always think twice about restraint. No other country would accept or stand for what is happening here, nor would they show their antagonists mercy or warn innocent civilians before airstrikes. Countries like China, Russia, or the United States seem to wield special licenses to show force with impunity in a way that would be, and is, geopolitically dangerous for Israel. So why the double-standard?

It would seem that the same people who wondered how Jews could just march into the gas chambers without fighting back are the same people, decades later, who cry foul that Israel and the Jewish people have too much power — and a country to boot. Compounding the insult is the tired suggestion that we’ve learned nothing from the Holocaust, and that there is zero moral distinction between Zionism and Nazism.

As of this writing, over 1,200 rockets have been fired into Israel indiscriminately, injuring and killing Jew and Arab alike. That does not sound like helplessness or powerlessness to me. But the pains some of my friends and acquaintances are taking not to agitate the new orthodoxy is somehow more astonishing.

Those on the left constantly promote themselves as moral arbiters of social justice. Yet when the innocent lives are Jewish ones, there is a general silence that bespeaks a sinister subtext, namely: “They have it coming to them”. It should be obvious to say, “Terrorists launching rockets against innocent people is wrong”, and yet, it is not being said — at least not out in the open to their followers on social media.

What is disturbing about the willingness to draw the intersectional line at Jewish lives is that, in private, liberals message me saying they are afraid to say what in every other situation would be obvious to say for fear they’ll be cast as pariahs — canceled, threatened, or ostracized by friends for stepping outside of an approved narrative that Israel is evil and has no right to defend itself.

Honestly, I’d have more respect for Americans who are ignorant about the situation to simply shut up. But if they want to insert themselves into the debate, then they’d better be ready to not only condemn what is happening in Sheikh Jarrah, but to also condemn rocket attacks and mob violence in Israel. If your outrage doesn’t extend past innocent Palestinians to innocent Jews, our idea of human rights are not the same.

About the Author
Originally from Philadelphia, Royee Zvi Atadgy currently lives in Israel where he attends the Shaindy Rudoff Creative Writing program at Bar-Ilan University with a concentration in fiction.
Related Topics
Related Posts
Comments