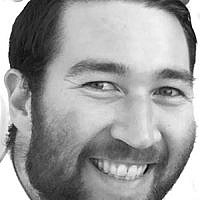 This post is the second in a series covering the Israeli political map in the lead up to the 2021 elections. I will explain some of my own considerations as to who I should vote for as well as explain some of the general issues at play in this, our fourth round of voting in the current cycle.

When I come to think about who to vote for, I ask “what is important to me?” Now, the broadness of the question may make it difficult to nail down an answer (or several), but it is essential to ask it if only for one reason: to realize that no political party perfectly represents all of your interests and that politics is not a purity test.

I am a fiscal conservative, a social liberal and a right-wing Zionist. Together I call that Classical Liberalism but in Israel, it’s not so simple. Here, for example, there is no party that is truly socially liberal. We have progressive Left-wing parties (namely Meretz) that would legislate new laws that would practically result in greater social freedom (such as LGBT rights or allowing stores to open on shabbat) but those of us who subscribe to a truly liberal world view, would rather the government get out of individual’s private lives, not invade them further.

Other parties who claim to be liberal (like Yisrael Beytenu) are merely anti-religious. They do not champion a limited-government approach but rather, on a narrow set of issues (such as civil marriage), they come out with a progressive policy. For the past 30 years, their platform has been the reduction of religious influence in our government and not the reduction of the government’s influence in an individual’s life. They’re happy with the government telling you what to do, as long as it’s the ‘right’ people who are doing the telling. The parties on Israel’s social Right (Shas, UTJ, Tzionut Hadatit) are, unsurprisingly, against social liberty especially when they fear it will result in the violation of Torah principles. And so, I am left politically homeless when it comes to social policy. This is but one example of something which I realized a long time ago I would have to make peace with living in this country.

On the economy, too, only now is Yamina trying to position itself as the party of tax reductions, government cuts and deregulation. Until all of two minutes ago, the political arena in Israel was largely willing to go along with the bloated government bureaucracy so long as they got to maintain power. To be sure, many individuals, including Prime Minister Netanyahu, could be said to be fiscal conservatives in theory, but it has never been a policy priority of any party. So, whilst I am encouraged by Yamina’s rhetoric, I am by no means convinced that were they to be in charge, they would immediately take on the Histadrut or other socialist mainstays of the Israeli economy.

Should I just not vote? Should I become a one issue voter?

With the above in mind, some will say that there is no point in voting while others will choose to focus on the one or two issues that the politicians themselves have brought to the foreground. Both of these are, in my view, colossal mistakes. To not vote because you do not feel anyone lines up perfectly with your values is to turn politics in to a purity test. Spoiler: it’s not. The person you vote for is never going to be your personal proxy in parliament nor should they be. It is their job to make deals and represent certain values as best as possible. You want to make sure that every one of your values is perfectly represented? Run for parliament, it is your democratic right to do so.

By contrast, becoming a one issue voter means that you are giving up on values and policy positions that you don’t need to give up on. Becoming a one issue voter means buying in to the narrative of us or them that many politicians are actively trying to sell you. Worst of all though, becoming a one issue voter makes you complicit in the cannibalization of our body politic that has only been getting worse over the past decade. The ‘one issue’ I have seen spoken of most this cycle is, unsurprisingly, Bibi. I wrote about this last week, delineating some different stances that folks have taken on the yes Bibi/ no Bibi issue. The only one who is well served by this paradigm is Benjamin Netanyahu himself.

As Amit Segal pointed out last week on channel 12 news, Bibi’s numbers have stagnated over the past few months- he is not convincing anyone new to vote for him. He performs best when there is a clear anti-Bibi bloc that he is able to cast as the ‘extreme left’ (regardless of reality). At the moment, Lapid, Saar and Bennett are all polling in double digits but none of them are close to Bibi on their own. And so, Bibi is trying (somewhat successfully) to make this election about the Left/Right divide, with him as the surrogate for the Right and Lapid as the same for the Left. In this strategy, Bibi wants those who will vote to consider one issue and one issue only: do you define yourself as Right-wing or Left-wing? Now, as mentioned earlier, Left and Right are rather meaningless terms, especially in the Israeli context. Only in Israel can a socialist like Shuli Mualem (formerly of the New Right and now of Likud) be called ‘Right-wing’ because of her stance on security.

Still, the point remains that Netanyahu would like voters to categorize themselves as Left or Right and vote accordingly. If you are Right, you should vote for Likud (or one of the parties that has pledged their support). Any other vote is, in his words, a vote for Lapid. Now, I hardly think Lapid can be called ‘Left-wing’, but his poor disposition towards the religious does not do him any favors in flipping that narrative. What is most bizarre, however, is the fact that Bibi is trying to cast the next biggest challenges, Saar and Bennett, as ‘Left-wingers’ who will join a Lapid run government. In a future post I hope to discuss potential coalition scenarios, both with and without Netanyahu, but this point cannot be over-emphasized: There is nothing about Saar’s or Bennett’s history, policy platforms or statements to indicate that they are anywhere to the ‘Left’ of Bibi. In fact, the opposite is true by nearly every metric. Yet, Bibi is doing that thing he does because he knows it works- make this into a one-issue election. It’s me or them. You are with me or against me. You are Left or Right.

(Translation): “It’s either Yair Lapid or Netanyahu, whoever votes for Gidon and Bennett will get Lapid as PM. Whoever doesn’t go and vote for Likud will receive Lapid as PM. Vote Mahal. Only Likud”

Both treating politics as a purity test and buying into the false Left/Right paradigm that Bibi has set up, ignores the most fundamental question that everyone should be asking: what is actually important to me? Make a list of your top four. Your top three. Whatever it may be. And for the love of God, please leave off “It is important to me that the government is Left/Right wing.”

About the Author
David is originally from Sydney, Australia and moved to Israel ten years ago. He completed the Hesder program at Yeshivat Sha'alvim and served as a commander in the IDF's education corps, teaching in the framework of the Nativ program for soldiers in the process of conversion to Judaism. He holds a BA in Ancient History from Macquarie University and teaches on a range of topics related to Judaism and Zionism.
Related Topics
Related Posts
Comments