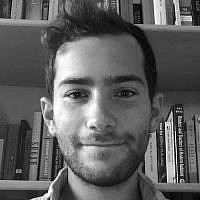 The Blogs
Alex Harris
Apply for a Blog
Please note that the posts on The Blogs are contributed by third parties. The opinions, facts and any media content in them are presented solely by the authors, and neither The Times of Israel nor its partners assume any responsibility for them. Please contact us in case of abuse. In case of abuse,
Report this post. 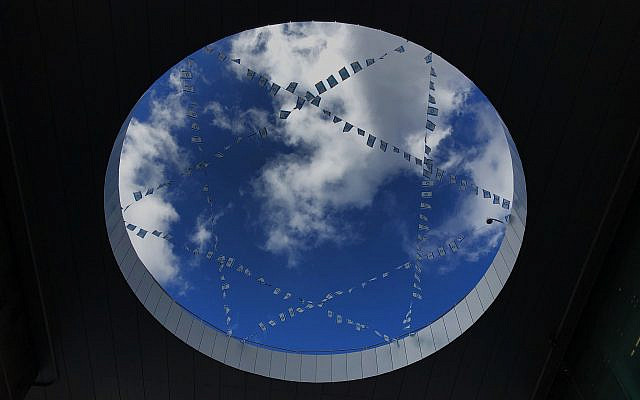 Tomorrow (April 29th) when I daven in my room, alone, for the 47th consecutive day I will ditch Tahnun and say Hallel. In addition to being my least favorite prayer, Tachnun, the daily supplication, and confessions of guilt is traditionally omitted on festive days. As a parallel, Hallel, the verses of praise and thanksgiving are generally said on the above days to commemorate the festive occasions other than simchas. 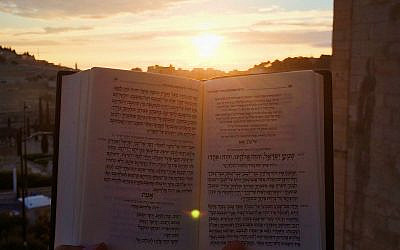 Halakha of Hallel on Yom Haatzmaut

However, there is a debate as to whether one should say Hallel on Yom Haatzmaut and Yom Yerushalayim. The debate reflects less upon Halakha and more on perspective on the creation of the State of Israel. The debate generally centers on the following questions:

1. Can we institute new holidays and commemorate them with Hallel?

2. Since Hallel is traditionally said on days when a miracle happened for all of the Jewish people, do Yom Haatzmaut and Yom Yerushalayim fall under that category?

3. Since Hallel is traditionally said on days when an open miracle occurred, do Yom Haatzmaut and Yom Yerushalayim fall under that category?

4. Because redemption is incomplete and the modern State of Israel is imperfect, is it permitted to sing praises of God which imply the completion of a miracle?

For the sake of brevity, I will briefly copy what several poskim have ruled. The full halakhic argument can be found in the sources at the bottom.

Rav David Brofsky: “The Talmud (Pesachim 117a) teaches: And who recited this Hallel? The prophets among them ordained that Israel should recite it at every important epoch and at every misfortune — may it not come upon them! And when they are redeemed, they recite [in gratitude] for their redemption.

[W]hat kind of “redemption” obligates one to recite Hallel? R. Tzvi Hirsch Chajes (1805-1855), known as the Maharatz Chayot, suggests in his commentary to Shabbat that the Talmud (Shabbat 21b) refers only to the miracle of the flask of oil, and not to the military victory.  Hallel, he believes, was instituted only because the miracle of the oil was a “nes nigleh” – blatant and apparent to all.

Some argue that the pronouncement of Israeli independence and the ensuing military victory do not constitute a “nes nigleh.” …Others simply maintain that the victory of the small Jewish army against the surrounding Arab states constitutes a “nes nigleh.”…

The Behag (Hilkhot Lulav, p. 35), commenting on this gemara, writes: When our Rabbis remarked that there are eighteen occasions during the year on which the individual Jew recites Hallel, they did not mean to imply that it must be recited in private; rather … whenever we speak of the entire house of Israel as opposed to the individual Jew, they are not restricted to the eighteen occasions in the year, and they may recite Hallel whenever they are delivered from trouble….

The Meiri, however, disagrees.  He writes: Any person who was delivered from trouble is allowed to establish a custom for himself to recite Hallel on that day every year, but may not do so with a berakha.  A similar ruling applies to a community [of the Jewish People].  This is, in fact, the institution of the Prophets, i.e., to recite Hallel when delivered from trouble….

The preceding arguments can be summarized in the following manner: for those who believe the creation of the State of Israel constitutes a miracle for the Jewish people, blatant or subtle, there are many precedents to recite Hallel on Yom Haatzmaut and Yom Yerushalayim without a bracha.

So, with my halakhic permission, I recited Hallel. It was a relatively quick, but uplifting experience. However, one section stood out to me:

״I will thank you because you answered me. You will be my salvation. The stone that the builders rejected has now become the cornerstone.  This is was God’s doing. It was wonderous in our eyes. This is the day that God made. Let us rejoice and be happy in it.” Tehillim 118:21-24.

This paragraph details a future celebration commemorating God’s final redemption of the Jewish people. From the perspective of the speaker, this day of redemption has already happened, but for us, it is still in the future. One can imagine writing a letter to your future self detailing all of your “past” accomplishments.

I remember being a camper at Camp Ramah in Wisconsin during my first summer and, as a 10-year-old, writing a letter to myself as a future 16-year-old during the last summer as a camper. The original contents of the letter were idealistic, vague, set in the prophetic mode. 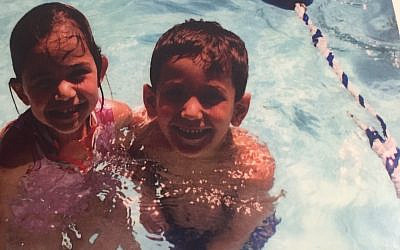 I wrote something along the lines of, “Dear Future Alex, I hope you had a good time at camp. I hope you had a lot of friends. I hope you were Peter Pan in the camp play.” Seven years later, when I read my letter, I was amused by my childish expectations. Though I did make many life-long friends, I was not Peter Pan. Instead, I was Pirate #3 with no lines and a wooden sword.

Through this humorous anecdote, a crucial lesson arises: our expectations for the future are frequently disrupted through the vicissitudes of real life. Often our hopes and dreams are not actualized in the way we intended them both for better and for worse. I did not have a good singing voice when I was 12. There was no chance I would be Peter Pan. But every summer I sang my heart out during auditions until my final summer when I had a lead in Cabaret. 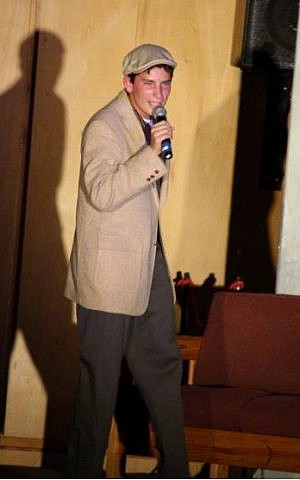 My past-future, and now my current past didn’t happen the way my 10-year-old mind expected it to. But it did happen in a way that accomplished my goals and made me who I am today. Oftentimes we accomplish more when we fail to live up to expectations and learn to learn from our mistakes.

The “State” of Israel: A Crossroads of Jewish History

We are at a critical point in Jewish history. We are in between readings of this paragraph in Hallel. On one hand, we are still in the hopeful, idyllic days preceding the final redemption. When we recite these lines we are expecting a beautiful future and hope to one day look back and see our dreams having been realized. On the other hand, we are currently living in the process of redemption. We are already looking back at our past seeing the dream of two thousand years having been realized. The State of Israel exists. Jews are sovereign in our historic homeland. We have a bustling economy, technology hub, medical leader, agricultural pioneer, and military might.

Yet, the redemption is incomplete. We still suffer from the vicissitudes of history. Our government is still prey to corruption, greed, and ego. There is a population of over two million Palestinians living side-by-side Israelis under occupation. Within Israeli society, there is great tension and bigotry between religious and secular Israelis, Jews and Arabs, and against foreign workers, refugees and Jews of Sephardi, Mizrahi, and Ethiopian descent.

Far from being a bright “אור לגויים” a light unto the nations, our light is shining however dimly. Yet, we exist and are thriving. We are in the throes of redemption having accomplished so much, yet we have so far to go.

The Mission of the State of Israel

There is a discussion in Sanhedrin 97b between Rabbi Yehoshua and Rabbi Eliezer over whether redemption will be brought by human actions or whether it is simply a matter of waiting for Divine intervention. After trading many verses, the gemara concludes that redemption will come regardless of the actions of humans. However, it will come sooner if we bring it.

We have the ability to bring redemption through our actions here on Earth. The State of Israel has the potential to usher in the arrival of the Mashiach. But it can only happen if we for the State on the basis of morality and compassion. If the purpose of the Jewish people is to inspire the nations of the world to love and accept God, that should be the mission of the Jewish State. We must emulate the attributes of God and inspire others to do the same. 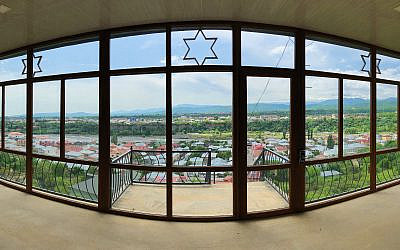 For convenience, I have copied Chabad.org’s translation of the 13 Attributes of Mercy of God.

“The 13 Attributes of Mercy according to Kabbalah:

May we all emulate God as He made us in His image.

About the Author
Alex Harris is a senior at the University of Michigan studying Middle Eastern history and culture.
Related Topics
Related Posts
Comments