Billions of dollars are beginning to flow into Israel’s coffers. What is the plan for spending the transformative treasure?  “Show me the money” before it is swallowed by the politicians and siphoned off by the oligarchy.

I have some suggestions.

Houston-based Noble Energy and partner, Tel Aviv’s insider-controlled Delek Group, project Leviathan gas sales and profits to be “the biggest exploration success in its    history.” For example, the Israel Electric Corporation allegedly secretly passed on $1.3B in compensation from a gas sale to Egypt. The revenues and profits allegedly ended in Delek and Noble accounts in exchange for nothing. And nothing was made public.  The utility-buying consumers got no money or relief.

Here’s what the powerful are slobbering over.

Israel is beset by a stalled government. An intimidated bureaucracy with a rare whistleblower. A Knesset neither humbled nor shamed by a slew of investigations and indictments of Ministers, their quest for personal immunity from prosecution for fraud and bribery, is the bane of existence for equitable distribution of gas-sourced revenues and profits.

Israel ought to learn from the Dutch and Alaska. They enjoyed their newfound wealth from commodity natural resources. Things went horribly wrong for the Dutch but Alaskans are thriving. In 1977, Dutch new-found natural gas exports soared. Unemployment also soared five-fold. Gas extraction is not labor-intensive limiting job creation. Corporate investment tumbled. Foreign demand for Dutch currency made it too strong shaving the competitiveness for Dutch products in international markets. Israel’s economy eight decades later is not too dissimilar from “Dutch disease” as The Economist coined the condition.

Israel’s economy is now trailing that of other developed countries. Private capital investment is falling. Productivity lags.  The foreign corporate investment represents, according to the Israel Advanced Technology Industries, GKH Law and IVC Research Center, the “backbone”  (18%) of direct taxation in Israel. Israel’s organic growth is the slowest in four years. Israel’s budget deficit is set at 3.7%, excessively greater than the 2.9% the government targeted. The shekel is bounding ahead of the dollar and pound, so the exchange rate suffers and the cost of living is rising fast.

Yet eligible residents of Alaska get direct benefits since their government established two sovereign wealth funds to manage the largesse from the oil and gas industry since 1982. The Alaska Oil and Gas Association reports on one benefit, “In 2018, every qualified Alaskan received a dividend of $1,600.”

Here are some suggestions about what Israel might do with the money.

A  freshwater conservation program is critical according to the Ministry of National Infrastructure, Energy and Water. There is no time or water to waste despite the bountiful rains this year.

My plumber friend, Ashley Coleman, tells us the standard dood supplies 150 liters of hot water. That is 25 minutes of showering time per dood-full, not accounting for my teenage granddaughters. It takes about two hours of electricity to heat a dood-full of water in the sun-diminished winter. Even in the summer the solar-heated dood only saves five-percent of electricity. Israelis notoriously waste hours of electricity forgetting to flip off the dood switch.

Gas-fired hot water boilers heat water fast and automatically turn-off with a thermostat. Moreover, a resident must let gallons of potable, cold, water run-off down the drain from the rooftop dood until the hot water hits. This infrastructure is from pioneer days and its planned continuation seems ridiculous in an age of high tech and bountiful pools of natural gas.

The natural gas finds and mining is Israel’s Hallelujah moment. Instead of allowing those who have plenty to have more, give back to those who have little and find their money always being taken away.

The author is the manager of an investment fund, university teacher, business consultant, speaker, and writer. He can be reached at Harold.goldmeier@gmail.com.

About the Author
Dr. Goldmeier is a former Research and Teaching Fellow at Harvard University and teaches international university students in Tel Aviv. His new book is HEALTH INSIGHTS @ http://www.amazon.com/dp/B01E3S2MU0 He served in the administrations of three US governors and Surgeon General, is a commerce and industry consultant, writer, and public speaker on social, health, and public policy issues.
Related Topics
Related Posts
Comments 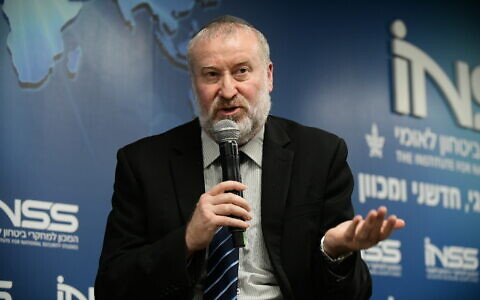 Criminal probe to be opened into Fifth Dimension; AG signals Gantz not a suspect
TOI staff 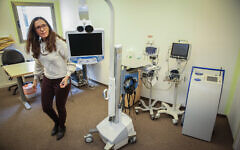 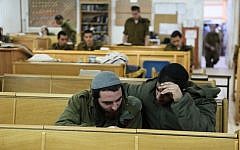 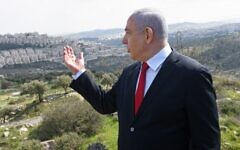 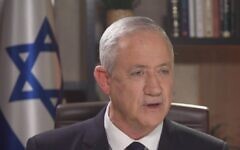 Gantz: ‘Political pressure’ may be behind reported plan to probe former company
TOI staff and AP 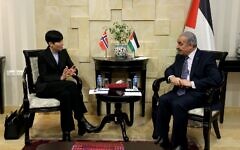