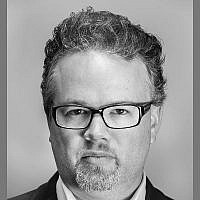 The Blogs
Mik Moore
Apply for a Blog
Please note that the posts on The Blogs are contributed by third parties. The opinions, facts and any media content in them are presented solely by the authors, and neither The Times of Israel nor its partners assume any responsibility for them. Please contact us in case of abuse. In case of abuse,
Report this post. 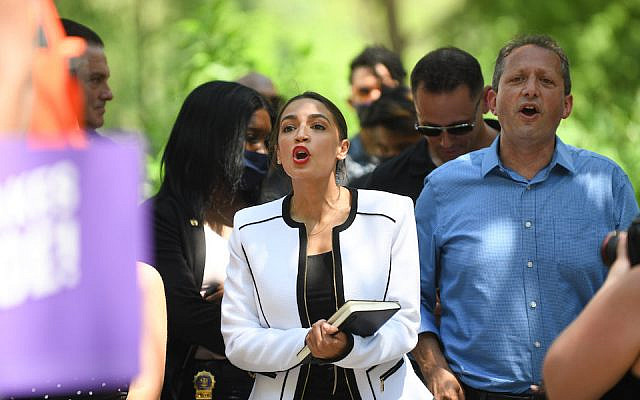 New York Jewish Week via JTA — After several years of big wins for insurgent progressive Democrats in New York City — including Rep. Alexandria Ocasio-Cortez — this week’s municipal primary was regarded by some as a test of their strength, especially when a surge in shootings and homicides has provided fodder for attacks on progressive criminal justice policies by Republicans and “law-and-order” Democrats.

New York is basically a one-party town, so the primary provides a window into some of the internal debates among Democrats here and nationwide.

So when Eric Adams, a former police captain and current Brooklyn Borough president, emerged as the front-runner for mayor following Tuesday’s first-ever ranked-choice voting ballot, a narrative emerged that the left, feeling energized after last year’s George Floyd protests, had seen a reversal of fortune.

Let’s take a look at the reality, in five takeaways:

The left is not dead.

Reports of the electoral irrelevance of the left in New York were greatly exaggerated. Yes, it’s true that the two candidates embraced by most of the left in the mayor’s race fizzled out (City Comptroller Scott Stringer and nonprofit executive Dianne Morales), but progressives rallied around civil rights attorney Maya Wiley. She finished second and has an outside chance of beating Adams when all the results are tallied.

In many other races, progressive candidates won or currently lead. The two other citywide offices, public advocate and comptroller, will be filled by, respectively, Jumaane Williams and, if his lead holds through several rounds of instant runoff voting, Brooklyn City Council member Brad Lander, a veteran of progressive Jewish politics.

Progressive candidates are leading the heavily contested races for Manhattan and Brooklyn borough presidents. Alvin Bragg, one of four progressive candidates running for Manhattan district attorney, overcame a huge financial disadvantage to defeat Tali Farhadian Weinstein, an Iran-born Jewish prosecutor who ran as the centrist, establishment candidate. Approximately half the new City Council will be made up of progressive-to-liberal members, with a number of true AOC-style superstars joining the council.

Meanwhile, a few hundred miles away, a Democratic Socialist beat a centrist Democrat in the Buffalo, New York, mayoral primary. All in all, progressive organizations and unions in the Working Families Party and Democratic Socialists of America orbit are feeling pretty good after Tuesday’s voting.

The Democratic machines aren’t dead either.

With Republicans largely irrelevant in a city that registers overwhelmingly Democratic, the big fights are between independent progressive Democrats and machine-driven, real estate-/Wall Street-/NYPD-aligned Democrats.

On balance, independent progressive Democrats continue to get stronger but still have a way to go. The Adams campaign shows that Democratic machines can still deliver, particularly when they are working closely with powerful monied interests.

Assuming things don’t change after all the votes are tallied and both Adams and Lander win, the race for City Council speaker will be particularly critical. If progressives can elect one of their own, it means that Adams would have to contend with a progressive public advocate, comptroller and speaker, a somewhat progressive Democratic legislative majority in the state capital and, potentially, a governor not named Cuomo in a couple of years.

Yet the Democratic machines are traditionally major players in the race for speaker, as they pressure the members of their borough delegations to vote as a bloc. Powerful committee chairmanships are often traded for support.

In the year ahead, the big intra-Democratic fights to watch in New York will be for City Council speaker and governor.

The Times … and the times.

The New York Times may have been the single most influential player in this year’s primary (yes, even more than Ocasio-Cortez, whose endorsement was coveted by progressives). Without the Times endorsement, Bragg, Lander and mayoral contender Kathryn Garcia would have struggled to do as well as they did.

Public safety is a big issue for voters. But this primary showed that it isn’t the only issue, and it’s clear that anti-carceral candidates can still do very well in this environment. That said, without some improvements to public safety, it will likely not stay that way for long.

The Jewish Vote, a progressive group affiliated with Jews for Racial and Economic Justice and the Working Families Party (and on whose steering committee I serve), endorsed and campaigned for dozens of progressive candidates, helping to elect rising stars to the City Council like Sandy Nurse, Shahana Hanif and Tiffany Caban.

Lincoln Restler, a Jewish candidate leading his race for City Council, is, like Lander, poised to be an important standard-bearer for progressive Jewish New Yorkers while maintaining strong relationships with Hasidic communities.

Despite dire predictions that more aggressive critiques of Israeli policy and the occupation by progressive Democrats would undermine support from moderate or even conservative Jewish voters, Restler and Lander’s diverse coalitions are a useful reminder that alignment around Israel is rarely the most important factor to Jewish voters.

Ranked-choice voting was a mixed bag for voters.

This year saw the first citywide election to use ranked-choice voting, which allowed voters to rank, in order of preference, up to five candidates for each office (except for district attorney, which is technically a county office and thus governed by state election law).

It’s too early to assess its impact. My guess is candidates and voters will get used to it and come to appreciate it in time. We saw a small number of races where candidates cross-endorsed rivals and even campaigned together. That said, despite my overall excitement about ranked-choice voting, I think it can discourage consolidation around a single candidate. Having progressive voters divided among three candidates probably hurt all three because none of them could get the attention they needed.

It was also very difficult to get voters to care about second-choice endorsements, and almost no one had the energy or inclination to actively campaign for two or more candidates for the same office.

Finally, while in theory voters will rank ideologically similar candidates, in reality, second and third choices are much more unpredictable. We’ll know a lot more when all the votes are counted in a few weeks.

About the Author
Mik Moore is the CEO of Moore+Associates, a creative agency based in New York City that works with political campaigns and non-profit organizations. He is the co-founder of Schlep Labs, a Jewish Super PAC, serves on the steering committee of The Jewish Vote and on the boards of several Jewish non-profits.
Related Topics
Related Posts
Comments
Advertisement