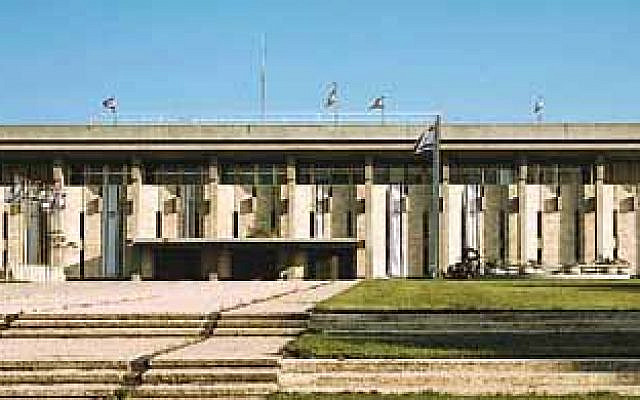 Our fifth general election in four years has just taken place, and the decision appears to be clear. Israel has moved to the right.

The parties which espouse limiting the rule of law as delineated by the country’s founding fathers, as well as the practice of restricting fiscal prudence by showering benefits and financial aid on segments of the population which adhere to the unproductive ultra-Orthodox way of life, have gained control. In other words, the country is now condemned to a future in which those elements which refuse to do military service, work or pay taxes are to be supported indefinitely by those other elements which do work, pay taxes and serve in the military.

One of Binyamin Netanyahu’s promises to the ultra-Orthodox parties was to allow them to continue educating their youngsters without providing them with the basic tools that would enable them to eventually find employment, i.e., they will continue to concentrate solely on the study of religious texts. In addition, the right-wing parties which form his coalition proclaim their intention of imposing antiquated religious laws wherever they can, prosecuting homosexuals, deporting dissidents and generally bringing a modern, multicultural society to the brink of mediaeval misery. Shades of Iran.

The result of the election will not affect my generation very much. We older people will probably continue to live much as we have done before – residing in our own homes, attending concerts and the theatre and occasionally even going on holiday abroad. What worries me is what will become of our children and grandchildren. They are now condemned to carrying the burden of an ever-growing section of the population which contributes nothing and insists on being supported. There’s no getting away from demography. That segment of the population continues to grow at a disproportionate rate by means of its advocacy of large families, with the average number of children far in excess of that of the general population. What this means for the future of the country is truly horrific.

Some 70 years ago, Israel was founded on democratic principles by hard-working, secular and free-thinking people. Although desperately poor, the country accepted destitute Jewish immigrants from all over the world, no matter whence they came – Europe (many of them Holocaust survivors), North Africa, or Asia. The country’s resources were stretched to the limit to provide food and shelter for everyone, as well as to fend off the invading Arab armies, but everyone pitched in, doing their best to accommodate the newcomers. With the passage of time, employment and permanent housing was provided for all, education was made available to everyone, and slowly but surely the country developed, becoming a phenomenon, a shining light of enlightenment and progress. The ultra-Orthodox segment, originally a tiny fraction, grew exponentially, gaining political power and demanding (and gaining) an ever-increasing proportion of Israel’s GDP.

Today, there is rejoicing in the political parties on the right, including those that are entrenched in religious belief and so far to the nationalist right that they can be considered fascist. This surge in ultra-nationalistic feeling bodes ill for the entire population, and especially for relations with the Arab residents of Israel. It also casts a shadow over developments in the West Bank regarding the indigenous Palestinian population there.

We did our best and turned out to vote for the parties of progress and liberal ideals. But it was not enough. Part of the blame rests with Jews who have chosen not to come and live in Israel, preferring to criticize its politics from the Diaspora. Time will tell whether my grim forebodings are justified or not, though I probably won’t be around to see how things turn out.