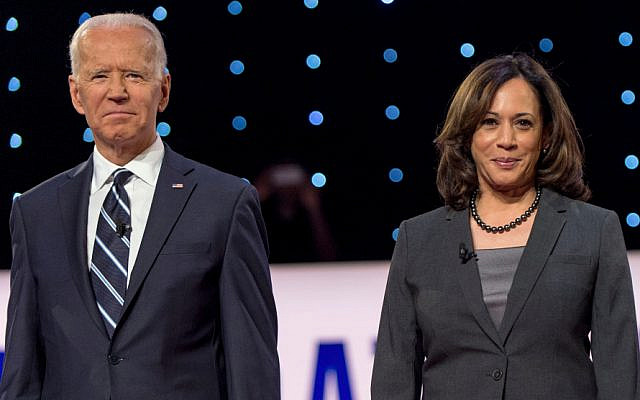 In an incredible emotional moment a few days ago, veteran CNN anchor person Anderson Cooper, practically cried on television when he admitted that he and his network (and so many others, I might add) had spent too much time on covering the current American president during the past 4 years, but now he does not matter any more and it is time to move on.   Here is exactly what he said:

You know what. It doesn’t matter. I was about to tell you about you-know-who and what outrage he has done today—not accepting the result of the election and claiming fraud. He is done. He is the past. Joe Biden is the present and the future. He is the President-elect. Let’s talk about him.”

And in an article in HaAretz yesterday morning, one of my favorite columnists, Chemi Shalev, had this to say:

The obsessive fascination with the 60-odd days left until Trump is slated to leave office is obscuring the profound turnaround expected in Biden’s full four years, in America, the world in general and Israel in particular.

I fully agree with both of them. It is time to stop obsessing about the current pathetic and childish resident of the White House and his daily tantrums. I hope that the mainstream media will cease and desist from focusing on him and move on, as Cooper suggested.

I wish I could say the same thing about the current Israeli leader who should be a thing of the past too, due to his major indictments on corruption charges in three major cases against him. Any moral person in his position would have resigned a long time ago, as Prime Ministers Rabin and Olmert did when there were charges against them. Unfortunately, we in Israel will probably have to continue to live with him as PM for a while longer, unless the hundreds of thousands of people who are totally obsessed with his failures will grow to millions in the months ahead, and he will somehow be forced out of power. Or unless the courts convict him, but that could take years. But I have digressed….

Returning to the mentally insane person who currently sits in the White House when he is not playing golf, I for one, am stopping to obsess about him, as difficult as it is to do.  I do not mention his name any more in posts or articles that I write.  I have stopped sharing posts on Facebook that I continually receive about his latest outrageous behavior and tweets. And I am ceasing to view late night comedians who spend so much time making fun of his daily stupidities because it isn’t funny any more and because it still keeps him in the spotlight.

Rather, I want to think positive about what really matters, as Anderson Cooper suggested, and especially about the new forward-thinking Biden-Harris team, and what they will bring to American democracy and to the world, including to Israel.

First, they will bring scientific, rational and reasonable thinking back to the American government and calm speech to the public square. In so doing, their first priority will be to tackle the management of the coronavirus pandemic in a systematic, substantive and sensitive way, for the collective and economic health of the American people.  This really matters in America and in the world today. It is the number one priority. This new administration will bring to bear the best medical professionals in America to deal with this, in stark contrast to the most glaring mismanagement of the current administration which led to so much illness and death. Biden and Harris will care about the lives of the American people.  They already lead by example by wearing masks and social distancing.

Second, Joe Biden and Kamala Harris will speak the truth and they will do it decently, with candor and forthrightness, to the American people, on all the burning issues of the day, from climate change to racism, from health care to economics. There will no longer be a need to fact-check for hundreds of lies by an American president every day.  The new president and vice-president will be honest and even empathetic with the American people, and most Americans will appreciate this greatly (they already do).

Third, Biden and Harris will tackle the most pressing issue facing humanity today, i.e. climate change. They will rejoin the Paris agreement. They will move forward with major plans for renewable energy. They will base their policies on science and sensitivity since they know that climate change is happening and the planet is at risk, and this has urgent implications for all humanity on this earth.

Fourth, the new American administration will renew faith in America in the international community, especially in Europe, but also in many places in the world, including Israel.

The people of Israel, myself included, will be happy to see an American administration that is genuinely interested in pursuing peace between Israel and her Palestinian neighbors. We look forward to an administration that will restore ties with the Palestinians, to put the peace process back on track in real ways, an administration which will be pro-peace, pro-Israel and pro-Palestinian. Not one that has a settler activist as an American ambassador.  Not one that is totally lopsided in advocating for only one side of the conflict, nor one that is busy with creating business deals with minor countries in the region and falsely naming them “peace” deals. We are already witness to the first positive step in this direction as the Palestinian government has decided today to renew security cooperation with Israel in anticipation of cooperation with the new American administration.

Like a child with lots of daily tantrums, the current American president will continue to seek lots of media attention for his nonsensical statements on so many issues, but I for one am planning to ignore him. And I hope that so many people whom I know who have been overly obsessed with him in recent years will do the same, including many media outlets. Just turn him off, or do a “blackout” on him.

It will give me less anxiety every day. And it will also let me focus on the positive, on what really matters, and on the myriad of possibilities that are inherent in the new leadership of Joe Biden and Kamala Harris and their teams of intelligent, reasonable experienced advisors and cabinet members to be appointed in the weeks and months ahead.  This is a time of hope for American society, and for the free world. Accordingly, we do not need to remain mired in the negative thinking and overdramatic obsessions of the past four years. Rather, we must permit ourselves to be optimistic at this time, and to think and act positively for a better future for all of our citizens.