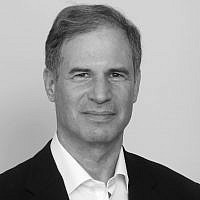 The Blogs
Eytan Stibbe
Apply for a Blog
Advertisement
Please note that the posts on The Blogs are contributed by third parties. The opinions, facts and any media content in them are presented solely by the authors, and neither The Times of Israel nor its partners assume any responsibility for them. Please contact us in case of abuse. In case of abuse,
Report this post. 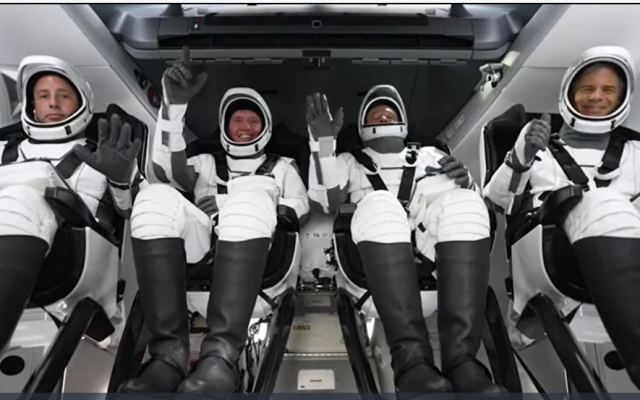 As we get closer to Israel Space Week 2023, it’s going to be another big year for space exploration, particularly focusing on commercial entities.

The Spring of 2022 marked a new era for human space travel. The first all-private astronaut mission launched a multinational crew including Michael López-Alegría, Larry Connor, Mark Pathy, and myself, making me the second Israeli astronaut in space, and the first one on the International Space Station (ISS).

In preparation for the mission, we each had to complete 700-1,000 hours of NASA and SpaceX training. During our 17-day mission (Ax-1) on the ISS, we orbited the Earth 273 times, and dedicated 16 hours a day to scientific research, conducting multiple investigations, performing technological demonstrations as well as diverse art and educational activities. As part of the scientific research we served as human subjects for the purpose of understanding how the human body is affected by space travel.

The significance of this historic year continued into the fall, as NASA launched the first of three phases of its Artemis Mission. After five years of preparation, the test of the agency’s deep space exploration system took place in November 2022. Unmanned spacecraft Orion was expertly launched on the most powerful rocket in the world, towards our moon. The 25.5 day journey of 1.3 million miles has laid the foundation of future lunar exploration, with a plan for Artemis II to launch in 2024, sending a crewed spacecraft further than ever before.

Successful Ax-1 Leading to Ax-2 and Beyond

The excitement at the newfound access to space was something that I shared with the public in Israel. Building off its success, NASA has also agreed to send a second all-private crew to the ISS in Spring 2023. Axiom Space and SpaceX have signed a mission order joining forces to send four people for 10 days on the ISS for the Ax-2 mission.

The four astronauts will launch on the SpaceX Falcon 9 rocket, and just like the Ax-1 crew, will ride a Dragon capsule to and from the ISS. Since NASA requires all private crew mission to be commanded by former agency astronauts, the commission commander has been confirmed to be former NASA super astronaut, Peggy Whitson. Investor John Shoffner has the second confirmed seat, while the identities of who will occupy the final two seats is yet to be disclosed. 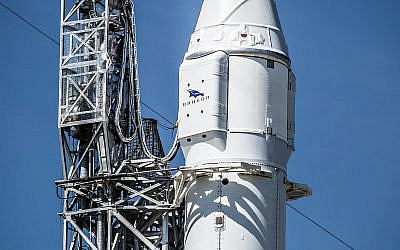 NASA is planning new missions to space to research our moon, and the planet Jupiter. One of the planned missions to the moon is scheduled for early 2023. The Intuitive Machines 1 (IM-1) mission objective is to place a NOVA lander on the Vallia Schroteri region of the moon. The purpose of the IM-1-NOVA will be to study radio astronomy, space weather interactions with the lunar surface, and plume surface interactions. The tall hexagonal NOVA-C lander will demonstrate navigational node capabilities and precision landing technologies.

The Peregrine Mission 1 (PEREGRN-1) is also scheduled for the first quarter of 2023 and will carry scientific payloads to the moon. The scientific objectives here will be to study the lunar exosphere and thermal properties, as well as solar arrays and hydrogen abundance of lunar regolith, magnetic fields, and radiation environment.

An exciting exploration to reach beyond with an incredible opportunity to search for life will also take place in 2023. The JUpiter ICy moons Explorer (JUICE) will make multiple flybys of Jupiter’s satellites Ganymede, Callisto and Europa. The goal here is to study Jupiter and its system, with a particular emphasis on Ganymede as a planetary body and potential habitat. There will be a characterization of the ocean layers and a study of the physical properties of the icy crusts, as well as many other investigations.

The Future is Looking Bright

The legacy of space exploration is vital and the knowledge we gain from it is invaluable. As access to space is now being opened to commercial entities, the possibilities for research are expanding. The Rakia mission team continues to believe in the advancement of space research and its benefits for all humanity.

We foster commitment to international collaborations, and I’m excited to see the impact of the mission inspiring a new generation to dream big.

I’m excited about what’s to come in 2023, so keep an eye out for everything that will be happening this year.

Eytan Stibbe will be a panelist at the 18th Ramon International Space Conference from Jan 31 to Feb 1, speaking with his fellow astronauts about their personal experience of the AX-1 Mission

About the Author
Impact investor, philanthropist and pilot, Eytan Stibbe was the second Israeli astronaut to ever go to space. As a crew member of the Ax-1 mission, in April 2022, Eytan spent 17 days on the International Space Station. Together with the Ramon foundation and the Israeli Space Agency, a work plan was assembled and called the RAKIA mission. It included experiments in medicine, earth observation, production in space as well as educational programs and art, all under the banner “There is no dream beyond reach”.
Related Topics
Related Posts
Eytan Stibbe