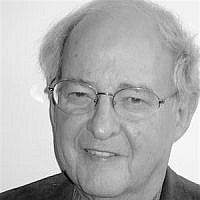 The Members of Congress who wrote the BDS-related portions of the Customs Bill signed into law recently by President Barack Obama (along with a signing statement objecting to the BDS language) probably did so with the best of intentions. This legislation was purportedly conceived as a “good idea” to defend Israel from being threatened and delegitimized by the global Boycott, Divestments and Sanctions movement.

Yet in the long run, it will prove detrimental to Israel’s ability to survive as a democratic homeland for the Jewish people. The legislation contains within it veiled language that will function as a Trojan horse and, wittingly or unwittingly, undermine the two-state solution and Israel’s future.

It is clear that BDS is a “bad idea” because it singles out Israel among all the countries of the world as uniquely deserving of opprobrium, and is used by many of its adherents as a means to “delegitimize” Israel and to one-sidedly blame Israel for the impasse in reaching a two-state solution. The global BDS movement does not support a two-state solution, recognize the right of the Jewish people to a state, or distinguish between opposition to the existence of Israel itself and opposition to the occupation of the territory beyond the Green Line. It is not a constructive movement moving the two sides any closer to peace.

So, why is the “good idea” of the anti-BDS legislation, purportedly fighting the “bad idea” of global BDS, in actuality another “bad idea?”

The bill by itself, while embodying the “good” intention of stopping BDS, contains language that will lead to the “bad” result of making an eventual two-state solution less possible. The new language is inaccurate and blurs the distinction between Israel proper and territories over the Green Line that it controls.

That distinction between Israel and the occupied territory over the Green Line, recognized by almost the entire international community, has been a fundamental part of U.S. policy toward the Middle East since the Johnson Administration. While the U.S. stands firmly with Israel, it understands the settlements constructed across the Green Line in occupied territory undermine Israel’s international standing and the viability of the two-state solution.

Granting the settlements legitimacy would be a dangerous and unprecedented step. It would play into the hands of the leading right-wing politicians and pro one-state settler advocates in Israel, while giving more ammunition to Israel’s critics in the BDS movement, who argue that the two-state solution is a pipe dream and that it is impossible to distinguish between the legitimate state of Israel and the occupied territory beyond the Green Line.

That’s why President Obama made clear in his signing statement that he would not act to reverse longstanding U.S. policy. The president understands that legitimizing the settlements does nothing to help Israel – and that it strengthens, rather than undermines, BDS.

A two-state solution is the only way to ensure Israel’s long term security, democracy and Jewish character. Achieving it has never been and never will be easy – but that’s exactly why we need to work for it, and be very careful that, in seeking to do good, our actions do not work against it. Congressional legislation that obscures the Green Line, whatever its good intentions, is a bad idea.

This article appeared previously in the Mar.18 2016 Jewish Advocate.

About the Author
Stan Fleischman grew up in Brooklyn NY but has lived in Newton MA for the last 50+ years. He is a retired Software Developer who now devotes most of his energy as a member of the J Street Boston Executive Committee and Chair of its Media Committee. Stan believes passionately in the need for a two-state solution He is happily married and the father of two daughters and three grandsons.
Related Topics
Related Posts
Stan Fleischman
Comments