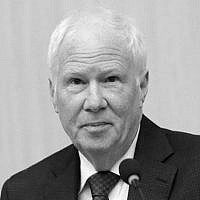 The Blogs
Andrew Baker
Apply for a Blog
Please note that the posts on The Blogs are contributed by third parties. The opinions, facts and any media content in them are presented solely by the authors, and neither The Times of Israel nor its partners assume any responsibility for them. Please contact us in case of abuse. In case of abuse,
Report this post. 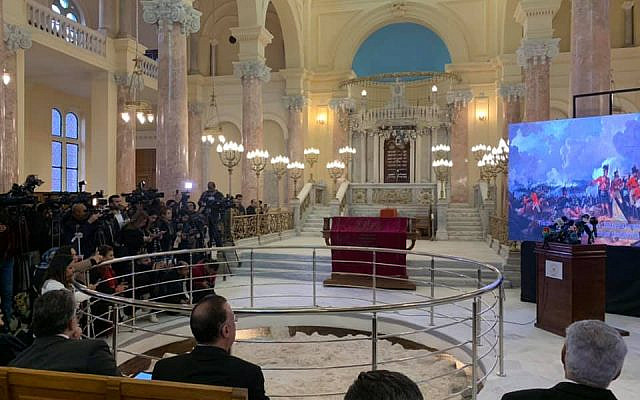 This Shabbat, I will join some 200 Jews from Egypt, now living in Europe, Israel and the United States, to pray in the Eliyahu Hanavi Synagogue, their childhood house of worship, in Alexandria.

I first visited this synagogue with two of them more than a dozen years ago. They shared their memories with me. This once beautiful sanctuary was damp and empty. 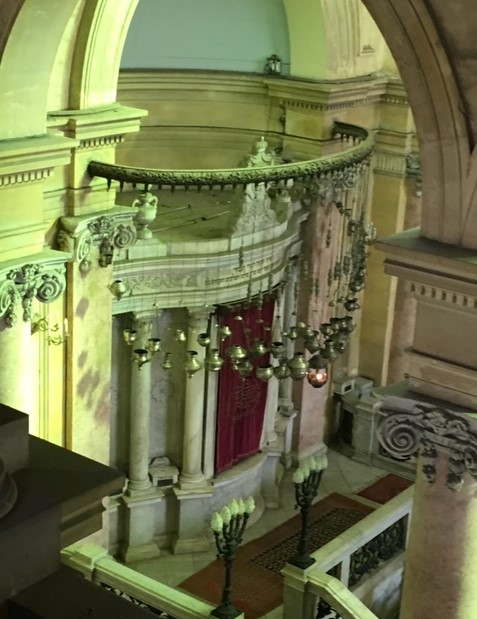 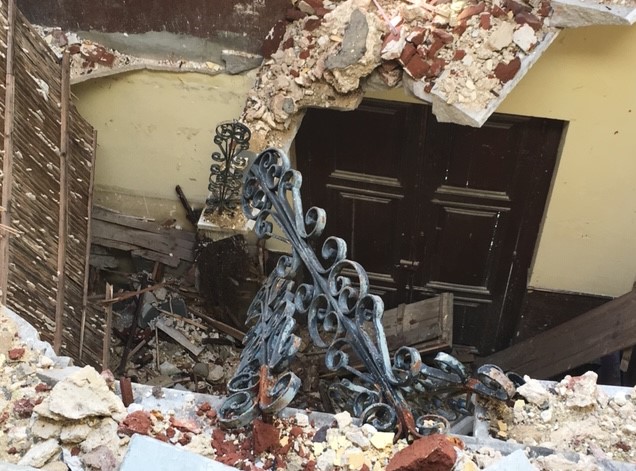 We visited the cemeteries, overgrown and in disrepair. Jewish life in Egypt ended abruptly decades ago. Some Jews left by choice; a few chose to remain. Most were forced to leave. They built new lives in Israel, in Europe and in the US. The vibrant Jewish life of their youth in Egypt is gone forever. 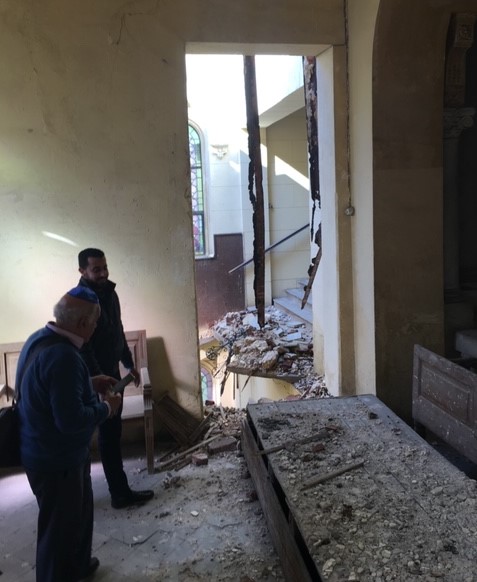 Three years ago, the Minister of Antiquities declared Egypt would fully restore Eliyahu HaNavi at a cost of some $5 million. Now completed, for many of these Jews it will be the first and probably the last time to come back.

I am an Ashkenazic Jew born in the United States. When I visit my hometown in New England, the synagogues of my youth are still there. I can visit the well-maintained cemetery where my parents are buried.

My own experience cannot seem further removed from that of my Egyptian friends, but I don’t take it for granted.

Twenty years ago, I visited the small town in Eastern Belarus where my grandparents were born. Almost nothing remained of its past Jewish life. Where the Jewish cemetery had been there were only trees and weeds. There are no synagogues, no community records. The only “remnant” of that community was a cement plaque in a nearby forest which read, “On this site on April 4, 1942, 800 Soviet Citizens were murdered by German Fascists.”

I am enormously grateful that my grandparents had the wisdom to leave some 140 years ago. There is no reason to return and nothing to go back to.

Over these past 15  years I have seen the legacy of its once proud Jewish community –synagogues, schools, cemeteries, Torah scrolls, Judaica, and extensive community records.

Seeking their preservation and return, we held numerous meetings with government officials, all of whom were jealously protective of Egyptian heritage. They insisted it included Jewish heritage in Egypt as well.

Most of the remaining synagogues are unused, in various states of decay, but they are protected. Year by year with our repeated visits, the government officials have agreed to repair and restore a growing number of them, including Maimonides’ original yeshiva in old Cairo. They have finally agreed to clean and protect what remains of Cairo’s vast Jewish cemetery at Bassatine.

Why is Egypt taking care of its Jewish heritage, particularly when there are virtually no Jews left to make use of it? 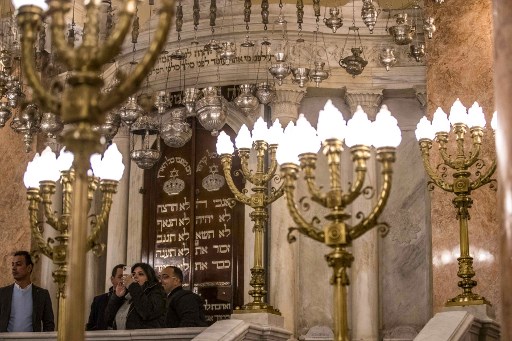 Guests visit the newly renovated Eliyahu Hanavi synagogue in the northwestern Egyptian city of Alexandria on January 10, 2020, on the day of its inauguration. (Khaled DESOUKI / AFP)

Some critics have said cynically it’s all about increasing tourism, as though Jewish tourists are so numerous, or that these few Jewish sites will add appreciably to the otherwise “modest draw” of the Pyramids and the Egyptian Museum.

Many of us think that Egyptian authorities are responsive to requests that come from the US and elsewhere, and they do appreciate the words of appreciation for what they are doing. However, it also seems evident that they’re nervous about the reaction of their own population to this work, anticipating a public backlash. Still, restoration and preservation efforts continue. 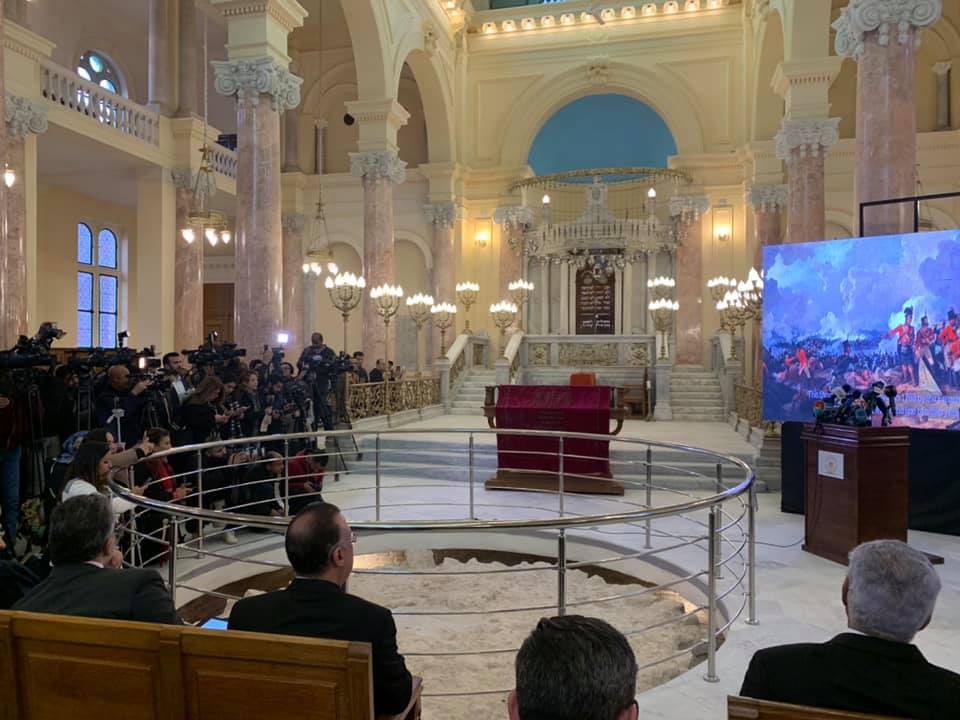 A growing number of Egyptians are intrigued by a history of Egypt with Jews and want to know more. The American University in Cairo recently screened two documentary films on Jews from Egypt in its cultural center at Tahrir Square. A group of young Egyptians in Cairo are members of the Drop of Milk Foundation, determined to carry on the work of Jewish preservation and memory after the community itself disappears. They are a small minority, but they are not alone.

It is doubtful that Jews will ever return to Egypt in any numbers that would repopulate the synagogues in Alexandria and Cairo.

Perhaps there will be some increase in organized Jewish tour groups who will visit them. Tourist agencies are encouraging American rabbis to visit with their congregants.

And perhaps these synagogues will also serve as museums and cultural centers, places to showcase the history and tradition of Jewish life in Egypt and thereby educate a new generation of Egyptian youth to the value of pluralism and diversity. 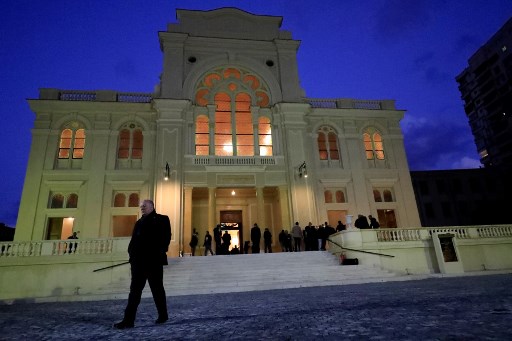 Guests visit the newly renovated Eliyahu Hanavi synagogue in the northwestern Egyptian city of Alexandria on January 10, 2020, on the day of its inauguration. The synagogue, boasting green and violet stained glass windows and towering marble columns, was built in its current form in 1850 by an Italian architect on top of the original edifice dating back to 1354. (Khaled DESOUKI / AFP)

However improbable these things may sound, they are nevertheless possible because Egyptian authorities decided to protect and restore this beautiful synagogue and other places of Jewish heritage. Even they may not know why, but we should be grateful that they did.