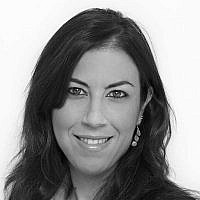 The Sukkah is a great reminder of what minimalism is, and of the fact that in the distant past, before the agricultural revolution, man was not fixated to the land and his way of life was ephemeral.

The closest feeling I ever had to ephemerality was as a mochiller (backpacker in Spanish) in South America. Paradoxically, precisely at the time I had the least equipment (which amounted to a few clothes and toiletries that went into a small 60-liter mochila that I could carry on my back) I also had the most freedom.

There’s a reason why we say “Lots of assets, lots of worries”. In our time, when real estate prices have skyrocketed to unprecedented levels, one property with a very high mortgage is enough to raise concerns, so no wonder that there are those who are looking for freedom in the shape of a cheaper and more creative alternative that will free them from the mortgage chains.

Although the number of people per family has shrunk over the years, the material wealth that has grown has caused the average home size in the U.S. to grow from 91 square meters in 1950 to 165 square meters in 1978 and 230 square meters in 2007, and we learned (Or rather – consumerism culture has taught us) to fill every possible space with goods: the closets, bags, pantry, and even the stomach are full to the brim.

The movement of Tiny House is described in Wikipedia as an architectural and social trend, which adopts a simple life in small houses whose area (usually) does not exceed 40 square meters.

In Google Trends you can see that the search for Tiny House has been on a steady increase since 2009 (after the crisis) and peaked between the summer months of 2020. The countries with the most searches are New Zealand, the Netherlands, the USA, Canada, Germany, and Australia.

Most tiny houses are made of containers and most of us tend to think that this is an inconceivable downgrade in the standard of living (at least by looking at containers used by modest student housing offered a few years ago as cheap housing solution in the city of Lod). But after seeing some divided, claustrophobic, dark and musty apartments in the City of Lights – Tel Aviv, and comparing them to some Tiny House on a leading YouTube channel called ‘living big in a tiny house’ – dedicated to the subject (making tours of Tiny House in Australia and New Zealand), I realized how unimaginative I was, and now I’m completely on the Tiny House side.

By the way – the name is misleading as some of the houses are larger and more spacious (for example when using two containers, which comes at the expense of mobility).

Many of the Tiny Houses are planned and designed by the tenants themselves according to their needs and tastes (which makes it difficult to know their true number because there is no reporting compared to those bought from companies), and are compact, minimalist, aesthetic, with plenty of storage space, lit, and have renewable energy infrastructure. More ecological and some completely off-grid, allowing for living in a green environment in the middle of nowhere.

In the link you can see my favorite Tiny House and if you want to see the full tour of the house (or other houses from the channel) click the link. 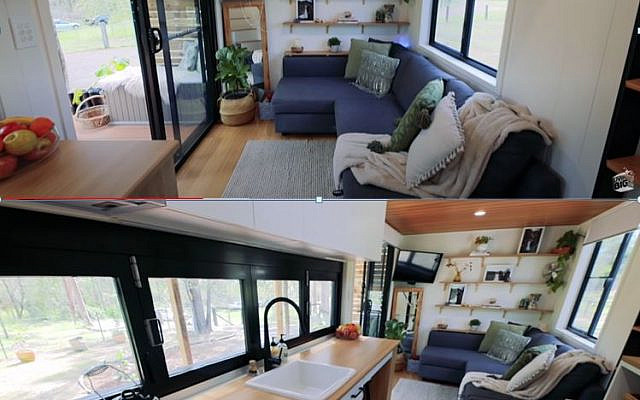 Those who have already recognized the trend are Elon Musk and our favorite Swedish brand – IKEA. Last June, Elon Musk revealed on Twitter that he had sold his large homes and moved into a prefabricated Tiny House in Texas, measuring 35 square meters and costing less than $ 50,000. And last December IKEA launched a display of its first sustainable Tiny House, indicating that the company has recognized the rise in popularity, anticipating an increase in demand for smartly and elegantly designed Tiny House, and preparing the ground to have a share of this cake.

Finally, some interesting statistics on the trend in the US in 2021 according to the iProperty website:

If you have read this far and you are in the design business, I hope you are thinking in a minimalist, modular and effective direction and If you are from the government / regulatory side, start thinking about the appropriate changes necessary to regulate the Tiny House.

About the Author
Hila is a trendologist (future forecaster) @ Tectonic Shift & a social entrepreneur. In parallel to building her own venture, she's helping b2b companies, governments, and organizations with their biz dev and creative marketing strategies, using trends and content, and has a great specialization on the German market.
Related Topics
Related Posts
Comments