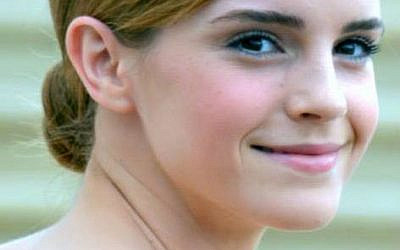 The actress, best known for her role as Hermione Granger in the “Harry Potter” films, set off a firestorm in the world of social media with her Instagram post showing “Free Palestine!” banners and expressing “solidarity” with them. Hopefully, her declaration will stimulate a serious conversation about the cruel occupation that the international community has been ignoring.

The details concerning Hamas and the PA, which I cite here, are all quoted from the latest reports by two strongly pro-Palestinian groups: Amnesty International and Human Rights Watch. These are not “Israeli allegations.” They are what the Palestinian Arabs’ most vocal supporters are saying about the two Arab regimes that rule over 98 percent of the Palestinian Arabs.

During the past year, “the Palestinian authorities in the West Bank and the Hamas de facto administration in the Gaza Strip continued to crack down on dissent, including by stifling freedoms of expression and assembly, attacking journalists and detaining opponents,” reports Amnesty.

Human Rights Watch notes that the PA recently jailed journalist Sami al-Sai for the crime of “administering a Facebook page that had posted information about PA corruption.” Twenty protesters in Ramallah who dared to cry out against PA corruption were likewise jailed. Hamas recently arrested seven citizens for “participating in a video chat where they answered questions from Israeli civilians about life in Gaza.” And other Gazans were jailed for “weakening the revolutionary spirit.

How do the PA and Hamas regimes treat those whom it arrests? “Palestinian security forces in the West Bank and Gaza routinely used torture and other ill-treatment with impunity. … Security forces in both areas used unnecessary and/or excessive force during law enforcement activities.”

What about women’s rights in Occupied Palestine? Amnesty: “Women and girls faced discrimination in law and practice and were inadequately protected against sexual and other gender-based violence, including so-called honor killings.” Last year alone, “nineteen women died in the West Bank and 18 in Gaza as a result of gender-based violence.”

With regard to gay rights, Amnesty reports: “Lesbian, gay, bisexual, transgender and intersex people continued to face discrimination and lacked protection” at the hands of Hamas and the PA. In Gaza, section 152 of the penal code “criminalizes consensual same-sex sexual activity and makes it punishable by up to 10 years’ imprisonment.”

Citing local Palestinian Arab human-rights activists, Amnesty says that in the past year, there were numerous “violations of freedom of expression, freedom of assembly and freedom of the press,” as well as “158 cases in the West Bank and 118 in Gaza of the arbitrary arrests of opponents and critics.”

Amnesty says that last year, the Palestinian Centre for Development and Media Freedoms “recorded 97 incidents of attacks against journalists, including arbitrary arrests, ill-treatment during interrogation, confiscation of equipment, physical assaults and bans on reporting: 36 in the West Bank and 61 in Gaza.”

As for elections, the PA leader Mahmoud Abbas is now in the 17th year of his four year-term and has repeatedly postponed parliamentary elections. In Gaza, too, democracy is a dirty word.

I realize that Emma Watson is an actress, not an expert on Middle East affairs. And in posting about “Palestine,” she might have just been going along with what she thinks all the cool young celebrities are doing.

But perhaps the international uproar that she has provoked will inspire her to take a closer look at the implications of what she posted on Instagram. Because in raising the issue of freeing the Palestinian Arabs from their real occupiers, she’s actually on to something.