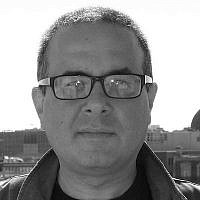 The Blogs
Marcelo Raimon
I'm just a writer standing in front of a PC
Apply for a Blog
Advertisement
Please note that the posts on The Blogs are contributed by third parties. The opinions, facts and any media content in them are presented solely by the authors, and neither The Times of Israel nor its partners assume any responsibility for them. Please contact us in case of abuse. In case of abuse,
Report this post. 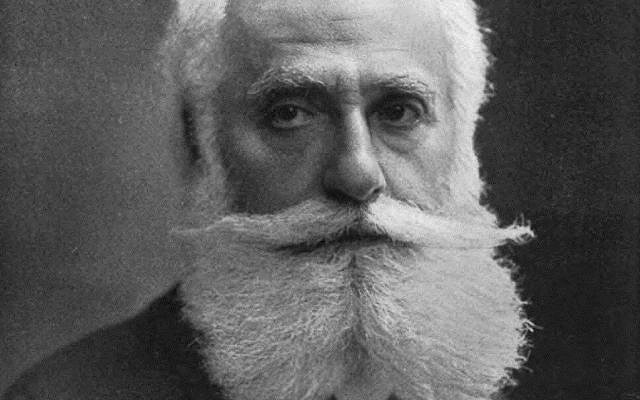 Yes, you know him as one of the founding fathers of the Zionist movement, the guy with the long white beard and the strange moustache with an intelligent look. Simon Maximilian Südfeld, aka Max Nordau, was born in Pest (now Budapest), on July 29th, 1849 and died in Paris on January 23rd, 1923, a hundred years ago.

The son of a rabbi, Nordau was a doctor and, from a young age, also a journalist. His role in the early years of Zionism is well known, as is his invention of the concept of the “muscular Jew” and his arguments in favor of a Jewish homeland in Uganda. All of this somewhat obscured his adventures before and after his association with Herzl, particularly his days as a writer and cultural critic.

Some years before the First Zionist Congress, Nordau published “Entartung” (“Degeneration”, 1892), a virulent attack on what he considered modern “degenerate art” in which he took aim at Oscar Wilde, among others. “Entartung” and other books such as “Conventionelle Lügen der Kulturmenschheit” (“The Conventional Lies of Our Civilisation”, 1883) had placed this disciple of Cesare Lombroso at the center of the debate in the Parisian cafes at the end of the 19th century. “For more than fifteen years this writer, who achieved great celebrity, was highly discussed in the literary circles of Paris and other large cities,” the Spanish author Santiago Valentí Camp (1875-1934) wrote. According to Valentí, “no other writer of this time provided criticism with a greater wealth of scientific data, such considerable first-hand literary erudition, and a sharper, more devastating and iconoclastic spirit.”

In the midst of this French party, Nordau somehow connected with a group of Latin American poets, among them the Mexican Amado Nervo and the Nicaraguan Rubén Darío, who would become one of the most representative writers of the continent. How did this Eastern European Jew, critic of “degenerate art” and practically a social Darwinist became a mentor to those Latin American bohemians? It’s hard to know, but the connection was there, and it was very strong.

A professor at the University of California-Berkeley, José Luis Luna, presented Nordau in an article in the Revista Iberoamericana of 1939 as a “friend of Hispanic-American letters.” The work of the Jewish writer, Luna said, was “well known” in the Paris where Nervo, Darío, the Guatemalan Enrique Gómez Carrillo and the Venezuelan Rufino Blanco Fombona, among others, lived.

“Entartung”, Luna wrote, was a “much commented and criticized” book that had been read by the Latin American authors in its French translation. The article in Revista Iberoamericana says that “Gómez Carrillo was the one who knew Nordau best, and when we examine his works we found the first indications of the influences that the Jewish doctor could have exerted” on the writer who came from Guatemala.

Blanco Fombona, for his part, named him in his book “Letras y letrados de Hispano-América”, while Luna affirms that authors such as “Krafft-Ebing, Sacher-Masoch and later Freud began to be known to the American intelligentsia thanks to a small group of literati who in Paris became acquainted with Nordau or with his work”.

For the professor from the University of California “it is difficult to determine how the intimate relations were established between Nordau and the Hispanic-American group” and he points out that “Nordau had made very strong enemies with his ‘Entartung’ and had a reclusive and unpleasant character”.

Despite that aloof “character”, at least “for a few years Nordau was a good friend of almost all the Hispanic-American writers in Paris” and “his name appears frequently in the books published” by them in the French capital at that time. Gómez Carrillo even calls him “maestro” in several articles, and his interest in the Jewish doctor was so great that he “attracted the attention of Clarín“, as the Spanish writer Leopoldo Alas was known.

Luna says that Clarín advised Gómez Carrillo to “abandon the false apostle” Nordau because “he is not a scholar, he is not a philosopher, he is not an artist (…) Max Nordau cultivates the specialty of the broad brush where the most subtle brushes would be needed”.

Instead, Nordau received the greatest praise from Darío, who included him in the profiles published in the book “Los raros” (“The Strange Ones”, 1896) along with those of Paul Verlaine, Léon Bloy, José Martí and Edgar Allan Poe, among others. For the Nicaraguan writer was kind of funny that, in works like “Entartung”, Nordau “does not leave a single name, among all the contemporary writers and artists of the intellectual aristocracy, next to whom won’t leave the corresponding diagnostic classification: ‘imbecile’, ‘idiot’, ‘degenerate’, ‘dangerous madman'”.

By 1897, Nordau had returned to the Jewish world to become one of the biggest stars of the Zionist movement, only to drift away again after Herzl’s death. The First World War led him to take refuge in Spain. The times that he had shared in Paris with those writer friends from the other side of the ocean were long gone, but he had time to publish in Barcelona something as similar as possible to Latin American poetry, a “History of Spanish painting.”

About the Author
I'm an Argentinian-Israeli journalist with many, many years of experience in Argentina and Washington DC. I write about international affairs, culture, trends and Jewish stuff.
Related Topics
Related Posts
Marcelo Raimon