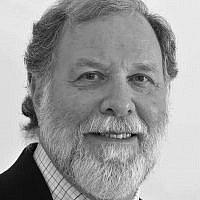 The Blogs
Lawrence Rifkin
Apply for a Blog
Advertisement
Please note that the posts on The Blogs are contributed by third parties. The opinions, facts and any media content in them are presented solely by the authors, and neither The Times of Israel nor its partners assume any responsibility for them. Please contact us in case of abuse. In case of abuse,
Report this post. 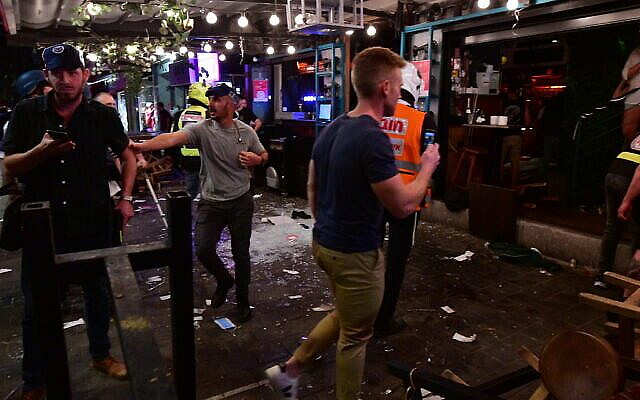 Police and rescue workers at the scene of a terror attack on Dizengoff street, central Tel Aviv on April 7, 2022. (Avshalom Sassoni/ FLASH90)

Balagan is Israeli slang for “disorder.” A word said to have come with early immigrants from Russia, it can be used to describe anything from a teen’s messy bedroom to untold chaos on the battlefield.

Balagan happens to be a very popular word in Israel, where… well, let’s just say that the trains don’t quite run on time. Today, I’d use it to describe the local television news coverage of Thursday evening’s terrorist rampage in Tel Aviv.

By nature, mass shootings in lively urban areas are not given to neatness and logic.

Witness the way Thursday-night revelers up and down Tel Aviv’s Dizengoff Street left tables and chairs overturned, and even their belongings behind, when it became clear that the loud noises were volleys of gunshots and not firecrackers or backfiring motorcycles.

Witness, too, how the police responded, flooding the area with masses of officers — some highly trained for anti-terror duties, but others mere desk jockeys and yet others still undergoing training and clearly wet behind the ears — when it became clear that the attacker (or attackers, even that much could not be ascertained) was still on the loose.

The sight of all this heat in the streets was rendered even more unusual — even for a country ordinarily inured to terror — when every five minutes, the TV people, whether breathless reporters in the field or the cool hands anchoring the broadcasts back in the studio, emphasized to viewers how absolutely surreal it all was: the hordes of police, the pushing and shoving, the barking of orders, the running to and fro, and — probably most surrealistically — all the assault weapons and pistols drawn and being pointed every which way in an area best known as a place where people happily gather to schmooze, nosh and knock back a few pints at the official start to the country’s weekend.

The cops I can understand. The streets are full of traffic. The buildings are multi-story affairs laid out in dense urban rows chock full of dark alleys and narrow paths winding beneath bushes and low trees. And there are lots of bystanders.

But much harder to understand is the total balagan of the television news coverage.

I get it. I’ve been there. Covering a story can be no easy thing, especially when it’s a rolling event that is unfolding quickly, dramatically and with little warning as to the direction it will take. So why call in all available hands, even those whose reporting expertise is limited to travel and leisure or the cost of living, when they can do little but amplify all the chaos and unknown by repeating rumors and snagging “eyewitnesses” who may or may not have seen or heard anything — but hey, they were here before me, so let’s give them some air time!

Statistics are among the most problematic aspects of a story like this. How many casualties? Is anyone dead? How many attackers? Was there shooting elsewhere in the area? And perhaps most important, was the perpetrator or perpetrators captured or neutralized or does this remain an active shooting?

No one seemed to know, although as the TV reporters poured in with their minicams, they were everywhere, reporting this or that, even if they were totally contradicting one another — which they did often and with no small amount of professional fervor, even as security forces begged them to get out of the way.

(One reporter at a forward command post had the chutzpah to stick his microphone directly under the mouths of senior officers who were radioing orders to subordinates according to information received from a police helicopter overhead and from 911 operators fielding calls from local residents reporting suspicious individuals. The cops quickly batted his microphone away with glares that would have rendered liquid a less zealous soul not out for the scoop of his life.)

I’m all for transparency in security affairs, not censorship, at least wherever possible. The need for this was driven home in Israel almost 40 years ago when, several days after a deadly 1984 bus hijacking on the southern coastal road, a young, scrappy and crusading newspaper published a photo of Shin Bet operatives leading away a hijacker who was very much alive even though defense officials had declared all four of the attackers to have been killed in a shootout. It turned out that a second hijacker, too, had been taken alive, with both later being beaten to death on orders of the head of the Shin Bet.

The affair roiled not only the country’s security establishment — the Shin Bet chief had lied to a commission of inquiry and tried to foist responsibility on others — but also its media outlets, which until then were expected to practice self-censorship on matters of national security, no matter what the circumstances.

Am I afraid that keeping the press away from the scene might have meant that the Dizengoff shooter would have been killed by overzealous cops? Not really (although in principle, anyone who seeks transparency has to have at least a sneaking suspicion that there are bad apples even among the good guys — I mean, why bother, if you trust everyone?).

As it turns out, there was apparently just one shooter, a 28-year-old Arab male from the northern West Bank. He remained at large throughout the night until he was cornered at about 5 a.m. on Friday several miles to the south in Jaffa, where he was said to be hiding near a mosque.

Police say they shot him to death when he opened fire. Do I believe them? I wasn’t there, but I do know from years of work as a journalist that security forces prefer to take terror suspects alive. As unpopular as this might be among many rank and file Israelis, the suspects can then be interrogated. In a place like this, knowledge is key to security and safety.

News consumers, too, deserve knowledge, not the rumors and hoohaw and unsubstantiated claims that the TV reporters on Dizengoff threw around merely because that was all they saw and heard. (And let’s not forget all that airtime they had to fill.)

For live TV coverage to be undertaken properly — and in a democracy, such coverage is a necessary tool — it must be done with training and planning and the ability to instantaneously identify and shut down incorrect or superfluous information streaming in over live lines. Anything less just adds to the balagan.