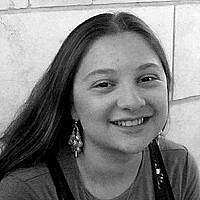 The Blogs
Esther Aiello
Apply for a Blog
Advertisement
Please note that the posts on The Blogs are contributed by third parties. The opinions, facts and any media content in them are presented solely by the authors, and neither The Times of Israel nor its partners assume any responsibility for them. Please contact us in case of abuse. In case of abuse,
Report this post.

“The scariest part of living in Israel isn’t the attacks. It’s realizing I go about my day, despite it all.”

That’s what my sister said to me the night of the attack on the Synagogue in Har Nof. Then in the way only my little sister can, she put her head on her pillow and fell asleep within seconds, before I had a chance to respond.

I didn’t say anything about it then. Nor did I respond in the morning. And I haven’t brought up the conversation since. But I have thought about it, and I wonder if she intended to say something so profound. I wonder if at age 13, while so tired she could barely keep her eyes open, she understood the weight of her words.

On December 9th, we celebrated the first National Day of Appreciation for Injured Victims of Terror and Wounded Soldiers. I reflected on the thought that the people affected are random Israelis and tourists from all over the world, whose lives were turned upside down while walking down the street, waiting for the LightRail, or ordering a pizza. Even the soldiers, often attacked while traveling off-duty, are targeted simply because they exist. Some of these victims are my age, and maybe at some point their lives mirrored mine. But terror struck, and now they face an unfathomable struggle. Yet, even though it’s difficult, they go about their days.

Every Israeli family knows someone who has been directly affected by war and terror – family, friends, neighbors, and/or coworkers. In the moments of their attack, they are victimized, but they become survivors as they take steps forward. They deserve to be recognized as individuals who, once ordinary, were forever changed and challenged by circumstances beyond their control. Because as my sister observed, continuing to live despite the attacks, terror, fear, and anxiety is scary. And it’s something no one should ever be asked to do.

Living with terror is a reality in Israel, and we go about our days as though being a target is normal, or acceptable (it is not). While any Israeli may have to cope with intermittent worries and a vague sense of unease wondering when and where the next attack will occur, those who have already been injured, usually have more specific and powerful reactions to the unrelenting stress which is life here.

As much as we are “one nation, with one heart”, and as strong as communal empathy is, it cannot completely bridge the gaping holes that are created each time lives and limbs are torn apart. Sadly, our wounded soldiers and victims of terror know this truth better than most.

Yet, day in and day out, these victims struggle to overcome the residual trauma. They wake up each morning, brace themselves and continue forward; they still go to school, and work, they go to the mall, and they go grocery shopping. They have children and make Brit Milot, Bar and Bat Mitzvah celebrations, and weddings.

Even with the glaring ink stain in the middle of their books, they look to the future, and they continue writing their stories.

We, as a country, go about our days, despite the horror. Sometimes, because of it. And our wounded soldiers and victims of terror are the ones who show us how to do so. And for that, we must recognize and honor them.

About the Author
Esther Aiello is just your average 17 year old American. Except she ditched being in the States for the ‘height’ of high school - senior year - instead opting to study in Israel. She prefers spending her weekends (and weekdays) changing babies’ diapers to buying new shoes. And when she’s not learning Hebrew from the kids she babysits, she’s using the money she earns to attend political events, not concerts and movies. But she loves chocolate and ice cream, so that basically makes her normal, right?
Related Topics
Related Posts
Comments