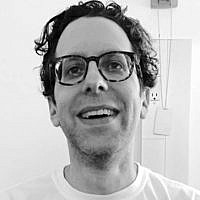 The Blogs
Arye Dworken
Apply for a Blog
Please note that the posts on The Blogs are contributed by third parties. The opinions, facts and any media content in them are presented solely by the authors, and neither The Times of Israel nor its partners assume any responsibility for them. Please contact us in case of abuse. In case of abuse,
Report this post. 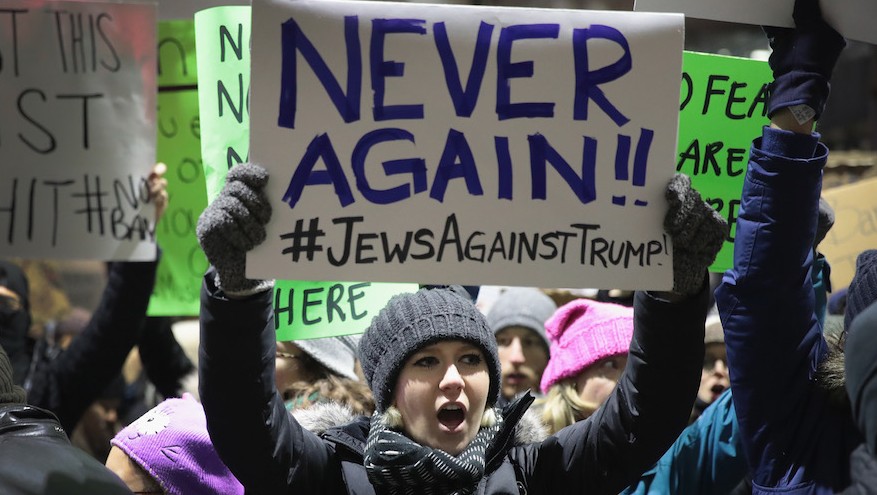 These days, it’s rare to sit down and write something intended for public consumption without also considering the reaction to it. Living in a vacuum is no longer a possibility, and this purported bubble I live in is incapable of keeping out the noise of dissent.

And so it was that when I began to write a firsthand account of the solidarity rally for Muslims and refugees that I attended in Teaneck this past Sunday, I initially intended on relaying a message of hope here. I sought to elucidate how unity and togetherness is capable of vanquishing fear and hatemongering. But most of all, I planned on recognizing my wife’s efforts in organizing a rally in less than a day’s time, with a few others, still attracting nearly 400 attendees of all races, religions, and ethnicities.

But like the distant drip from a leaky faucet, I can still hear those critical of the unity, outreach, and empathy extended to Muslims. Sometimes those oppositions come from laymen. Sometimes they come from clergy and communal leaders. And try as hard as I might, I cannot ignore it. I am not hardwired that way.

A few weeks back, I wrote an open letter to Jared Kushner for the Times of Israel. I promised myself that I would not read the comments, but I did anyway, for reasons I can’t articulate. It was there that my fellow Jews callously spewed a barrage of names intended to hurt me and wound my sensibilities. But there was one name in particular that, in my mind, I’ve strangely come to wear as an unintended badge of honor: “libtard.”

Libtard is a bully’s childish amalgamation of the words “liberal” and “retard.” It’s not just liberalism. It’s next-level liberalism. So much so that the bully considers it to be “retarded.”

And since then, all I could think about was how I had arrived at this place in life. A place in which someone — a stranger, mind you — felt confident enough to label me as a “liberal.” Was he right? Was he wrong? What did I say that made it so obvious to him? Is it a label that I should happily embrace? Or is it an attribution that I, as an Orthodox Jew, should disavow, because maybe religion is diametrically opposed to liberalism?

I am the product of the yeshiva system. I spent my adolescence in Jewish day school, a year abroad in Israel, and then a few years in YU’s yeshiva program. All my life, I was inadvertently programmed to believe in an insular existence. And I could not understand the efforts anyone would extend in advocating on the behalf of the Other. Yet I had a hard time aligning that communal isolation with the yearly recitation of “never again.” I found it increasingly difficult to ignore the suffering of others while teachers invoked Sanhedrin, page 37A which tell us, “if one saves one soul, it’s as if he has saved the whole world.” (I’m aware that the Gemara specifies a Jewish life, but I can’t remember that specificity invoked, which means that the message is more important than the details. And surely any religion willing to place such an emphasis on one Jewish life is open to recognizing the values of all others.)

I felt confused whenever I heard the story of our forefather Avraham bargaining with God on behalf of the irredeemable Sodomites, but contributing and supporting non-Jewish humanitarian efforts were discouraged. Being an “ohr l’goyim” — a light unto nations — as I started to see, recognizes our role in a larger world than just the one we inhabit. It means considering the Others not as other, but as the Ours.

But we’re talking about Muslims, the leaky faucet says. The Muslims hate us. To which I reply, it’s an impossibility to judge and evaluate the hearts and the intentions of the totality of 1.6 billion people. The confidence with which otherwise intelligent people offer this presumption always astounds me.

However, if numbers overwhelm you, let’s focus on the 3.3 million Muslims in America. That’s 1 percent of the country’s population; there are one million fewer Muslims than Jews here. Or maybe let’s get micro and discuss the projected 110,000 refugees who are intent on escaping atrocities and oppression back home for the freedoms our country has to offer in the coming year. Do some of them hate Jews. Possibly. Or maybe none of them? That’s also possible.

All I can say is that my notion of humanity is to consider the individual and not the mass. And when the individual suffers, there is a pang in my soul that beckons me to respond.

America is an incredible place when it purposefully welcomes the stranger as its own, and the warm openness of our great nation’s embrace encourages a reciprocal willingness to belong. It’s almost impossible to not feel indebted to this country once it gives you a chance. It’s almost impossible to not believe in freedom and diversity when it truly becomes your home. Just as the Jews arrived here en masse half a century ago, just as we have thrived and contributed in immeasurable ways once we were made to eventually feel welcome.

Is it naive, as some assert, to presume that a similar relationship can blossom if other refugees are given a chance?

Perhaps so, perhaps it is, but I made a decision as a parent to show my children what kindness and acceptance look like. These are not values inherent to my nature, and I struggle to incorporate them into my day-to-day. But the struggle is worth it if the next generation can alleviate the permeating toxicity of divisiveness circulating throughout our community.

It’s worth erring on one side of history if it results in an intended greater good. It’s worth it, on a more selfish level, if my soul can sustain itself off the light of glimmering hope instead of withering away within the darkness of embittered skepticism and despair.

So while we argue and debate with one another on where we should stand when it comes to injustices, even when they’re being perpetrated against those who are not us, I still will do my best to speak out. I still will try to find a way to advocate. I still will attempt to live my life as Hillel prescribed when he wondered, If I am only for me, then who am I? And I will do so not at the sacrifice of my work for Jewish causes, or in the place of them. The heart is wondrous in its capacity to care, and incomparable in its potential to extend itself.

And it’s a shame, because I anticipate the vitriolic backlash, and the petty name-calling in the comments. I anticipate an unleashing of an otherwise repressed and irrational fury. And I anticipate those responses that are unequivocally derived out of fear and anger. Accusations lobbed by cowards from behind the keyboard will accuse us — the progressives — of trading Judaism in for liberalism.

This, however, will not dissuade me from feeling the way I so passionately do feel. Because the alternative is to wallow in apathy, or to presume that others will advocate for us, if and when the time comes for them to do so.

When I was a boy, I was told the story of Rabbi Simcha Bunim Bonhart of Przysucha, Poland. The rabbi was known for carrying two handwritten notes, one in each of his pockets. The note in his right pocket read, “Bishvili nivra ha’olam,” the world was created for me. The note in his left pocket read, “V’anokhi afar v’efer,” I am nothing but ashes and dust. Rabbi Bunim took out one or the other, depending on his mood, seeking either self-worth or modesty.

But if I were to consider that Bunim’s notes may not have been self-directed, but rather provided him with a broader perspective, the sentiment that “the world was created for me” would have been less an ego boost, and more a reminder about how a person should see the entirety of the world. As a world that depends on me, and maybe me alone. As if any discrimination, maltreatment, or abuse happening to others were also happening to me.

Or alternatively, you can see your impact on the world as inconsequential, your empathy is a resource, for hoarding. Or if it comes to caring selflessly even when it’s at risk of never being reciprocated, then “count me out.” After all, the Others…? To paraphrase Bunim’s second note, they’re nothing more to me than dust and ashes.

This past Sunday, I made my choice when I stood in front of our town hall alongside the concerned, the affected, the worried, and, yes, the liberals, while an American flag waved in encouragement directly above us. “Bishvili nivra ha’olam,” I felt in my heart. The world was in fact created for me, and I will care for it as if it were mine.

About the Author
Arye Dworken is a Creative Director at a New York City ad agency, essayist and a freelance culture journalist. He lives in Teaneck, NJ.
Related Topics
Related Posts
Comments