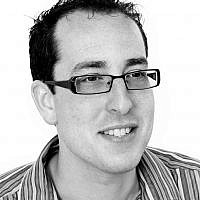 The Blogs
Nathan Jeffay
Apply for a Blog
Advertisement
Please note that the posts on The Blogs are contributed by third parties. The opinions, facts and any media content in them are presented solely by the authors, and neither The Times of Israel nor its partners assume any responsibility for them. Please contact us in case of abuse. In case of abuse,
Report this post. 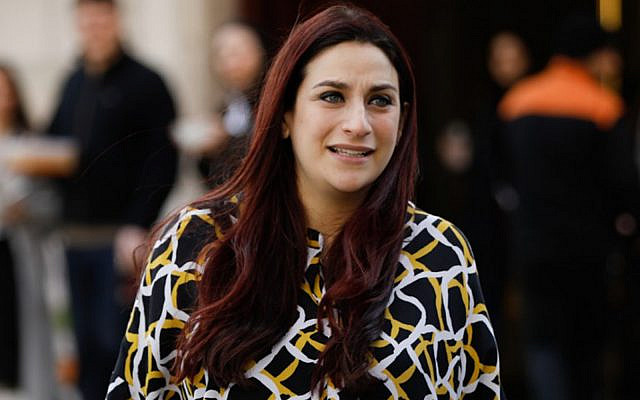 Britain’s parliament formally reopens today, following last week’s dramatic election. For the Jewish community, one of the most notable absences will be Luciana Berger, a young politician who brazenly stood up to Jeremy Corbyn.

For me, there was an eerie deja vu in seeing anti-Semitism prompt Berger to leave a safe political job, and end up in the cold. Because that is exactly what I witnessed in 2005, when she was in student politics. I still remember the shock of Jewish students when the Nationals Union of Students (NUS) lost one of its best and brightest voices because she couldn’t stomach the anti-Semitism.

If it weren’t for Jeremy Corbyn and the Labour anti-Semitism scandal, Berger would be taking her seat in parliament today, representing the Liverpool constituency that she served for almost a decade. She would have won hands down — voters there always choose Labour.

But she felt compelled to leave the party in February, because of a “culture of bullying, bigotry and intimidation.”

Fast forward ten months and she is newly unemployed. Facing limited options ahead of an election, she thought her best path to political survival was standing with the centrist Liberal Democrat party in a heavy-Jewish London constituency Finchley and Golders Green. Competing for anti-Labour votes, she was beaten by the incumbent, Conservative Mike Freer.

Back in the spring of 2005, Berger was one of the most eloquent members of the student union’s National Executive, and co-convener of its anti-racism campaign. I covered campus affairs for the Jewish Chronicle, and the atmosphere at universities was taking a sharp turn for the worse. The Second Intifada had just ended, and the hatred for Israel that spread on campuses during this period was spilling over in to anti-Semitism. Three months later BDS would burst on to the scene.

Berger, along with two fellow activists, called out other student leaders for failing to taking a stand, and resigned from the National Executive at the organization’s national conference. They said that NUS was “turning a blind eye” to anti-Semitism. Jewish students walked out of the conference hall in solidarity with them.

Suddenly the story that I had been reporting for a Jewish audience was attracting attention in national media. Berger, as the most charismatic of the three who resigned, became a media start and managed to ring the alarm bells about what was happening on campuses like never before. Her career in student politics was over but she gave Jewish students a voice.

Corbyn is expected to resign soon, and any new leader with a conscience and with political savvy will want to kick anti-Semitism out of Labour, and rebuild its relationship with British Jews. It will be an uphill struggle, and one of the marks of his or her success will be the moment that Berger returns from exile in the Liberal Democrat party back to Labour.

When the party succeeds in winning back the woman who proved her integrity by taking a hit to her own advancement — twice — to protest anti-Semitism, it will signal that the relationship is being repaired. For many British Jews, Berger is the politician who has the authority, when the time is right, to declare Labour kosher.

About the Author
Nathan Jeffay is the science and health reporter for The Times of Israel. He has been writing for Jewish and Israeli publications since 1997, and lectures widely on the topics he covers.
Related Topics
Related Posts
Comments