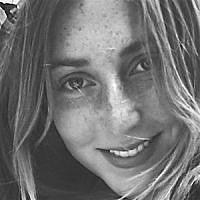 The Blogs
Shevi Zeff
Apply for a Blog
Please note that the posts on The Blogs are contributed by third parties. The opinions, facts and any media content in them are presented solely by the authors, and neither The Times of Israel nor its partners assume any responsibility for them. Please contact us in case of abuse. In case of abuse,
Report this post.

She stopped dead in her tracks, frozen in fear. I saw it flickering in her eyes as our eyes locked in contact. Slowly, warily, she continued on her track, not allowing her eyes to leave me — as if certain that the second she looked away I would charge in attack. I stared sadly at this beautiful little girl and offered her a smile and a wave of a hand. She raised her hand in response to my gesture, yet the fear in her eyes grew wider and she quickened her pace — parcels from her trip to the local grocery store weighing down her slight frame — as she hurried back to her village on the hillside. As she walked away, I stopped to process what had just taken place and the significance behind this brief little encounter.

In my eyes, I know exactly who I am and what army I am representing. We stand on mountains defending roads so no terrorist will open fire on passing Israeli cars. We enter villages in the middle of the night to search for stolen guns and ammunition in order to prevent another act of terror on innocents. We check passports and hold up traffic so that when we eventually come across a knife hidden in the lining of a car door, we know that we’ve just prevented someone’s life from being stolen away. We build a wall to prevent infiltration and suicide bombings. We’re an army of defense who need to go to different lengths and measures in order to fight the constant threat of attack on innocent civilians in Israel. This is all clear in my eyes because I was raised on this side. This is based on my own experiences and the education instilled in me, as well as the opinions I’ve formed, based on both first-hand experience and my understanding of a bigger picture that is my truth and existence.

This little Palestinian girl has different eyes from me. She doesn’t see me as I see myself and her world is very different from the one I know. She has grown up learning that she was robbed of a home in Jerusalem. She looks at soldiers and sees the attacker. She remembers one time when she was a baby and they came for her uncle because he killed an Israeli in what she knows as a brave act of rebellion. In her eyes, the soldier standing in front of her dressed in a bullet-proof vest full of ammunition, and equipped with a gun, is a predator; she could attack at any moment because she and the soldiers next to her are the bad guys. The girl’s fear is based on her understanding of the world around her, the experiences she’s lived and breathed, and the information she’s both gathered and been fed by the people, environment, and education system that she has been provided with.

When her eyes met mine, both our truths collided. I quickly scanned her parcels to ensure no presence of weapon, and assessed the level of threat she might pose (none). She eyed my M16, as if trying to ascertain the moment I’d open fire — a thing no soldier would do for no reason. Our truths clashed and worlds confronted one another.

The questions flood in: How can there be a solution to this conflict when everyone’s truths are true? How can you tell someone that their life experiences are based on false facts if those facts are their reality? How do you become a defender in their eyes, if they know you as the oppressor? How do you trust them if some are hiding daggers up their sleeves, and terrorism is ever-present and continuing to spread? I don’t have an answer — only more questions equipped with a blurry idea of a solution that could only be attained with universal participation, and at the same time won’t be attained because when could universal cooperation realistically be achieved?

With a heavy heart I found myself smiling at a little girl on a mountain-side. With a sad smile lingering in my eyes, I offered a wave. Perhaps she saw me as a person that day and perhaps her fears of me subsided, if only for a moment.

At the end of the day, we’re all just people crossing paths on different journeys of self, with individual truths being defined by the experiences that make up our existence. The least we can do is keep our eyes open, our understanding sharp, and when our eyes meet with another’s, to offer that wave of recognition and perhaps break down barriers preventing acceptance of the other.

About the Author
Just your average ex-Australian olah chadasha, currently serving in the IDF, who enjoys expressing thoughts and opinions based on daily life experiences and the ups-and-downs of living in a land of milk and honey.
Related Topics
Related Posts
Comments
Advertisement