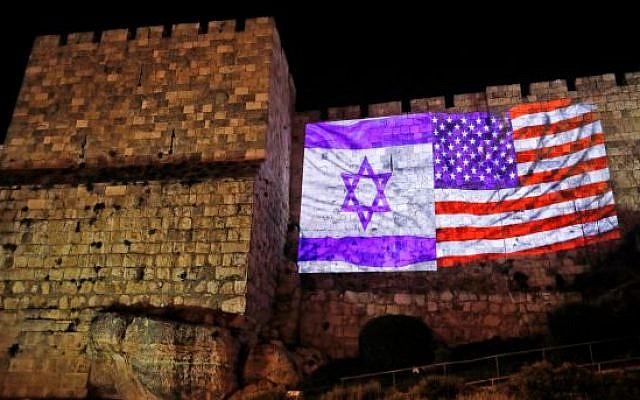 We are Jewish-Americans from different backgrounds and different parts of the United States of America.  Ben Goodman grew up in rural Maine and now works in Washington, D.C.  Bryan Leib lives and works in Philadelphia. Ben is a committed Democrat, and Bryan is a proud Republican.  We both like baseball, hummus, and have another thing in common too: we don’t agree on everything politically, but we both consider ourselves to be proud Zionists, and have committed our unwavering support to our local Jewish-American communities and to the State of Israel.

Over the weekend, we were both shaken by the news of the death of yet another Israeli citizen at the hands of a fanaticized Palestinian teenager.  On Sunday, Ari Fuld, an American who made aliyah to Israel and maintained his dual citizenship, was stabbed in the back outside of a shopping mall. Ari, a father of four, was an outspoken voice for Israel, known worldwide as a fierce defender of Israel, Jewish values, and the Israel Defense Forces.

Ari’s senseless death is a loss for the State of Israel, Jewish-Americans, and all who believe in the cause of a free, prosperous Jewish people.  We, of course, extend our heartfelt condolences to the Fuld family and to the families of all Israelis who have been affected by terrorism.

As we read of terrorist organization Hamas openly celebrating the death of another voice for Israel and the Jewish people, we both felt a deep responsibility to take action!  Neither of us knew Ari, but believe that as the next generation of Jewish-American leaders, Ari’s example requires all of us to step up to fill the seemingly growing void of those prepared to speak out for Israel.

In July, we visited Acre, a port city in northwest Israel as part of a leadership mission for young Jewish Americans from across the United States with Jewish National Fund.  In Acre, Arabs, Christians, and Jews live side by side in peace. As we arrived in Acre, we heard the Muslim call to prayer from the El-Jazzar Mosque, completed in 1781.

As we walked through the town, we didn’t know what to expect but both maintained an open mind. Shopping at the markets and buying shawarma and spices from local merchants, we happily participated in supporting what most Americans probably don’t know exists:  Jews and Arabs living in peace with each other, sharing meals together and yes, recognizing each other’s right to their own faith and existence within the State of Israel. We are sharing this with you to underscore that it is possible for Jews and Muslims to live in peace!

We did our best to comprehend the view of this flourishing city with with another vivid and disturbing image on our trip.  While driving through Southern Israel days before, we drove past acres of black ash out our windows. Farmland, once green with life, vegetation, and growth had been turned black by fire kites launched by Hamas terrorists to destroy lives and property.

The simple truth is that while there are countless differences of opinion in the Middle East, there are only two viable paths forward.  One, like we saw in Acre that embraces the principle, found in Israel’s founding documents, that multiple faiths can live, work, and prosper in peace.  The other, which has destroyed farmland and took Ari Fuld’s life, sacrifices opportunity for ideology, prioritizes death over life, and embraces fundamentalism over coexistence.

Ari was a strong, outspoken voice for the Jewish State and its values.  One need not agree with each of his views on Israel’s direction and future to understand the great void that the death of yet another strong voice for the Jewish state will leave.  At a time when Israel is plagued by misleading headlines and faulty criticism, too often American Jews are divided by nuance.

In Ari’s memory, it is time for American Jews to set aside differences and unite in the name of the State of Israel.  Israel is the only democracy in the Middle East. Israel has and will continue to stand shoulder to shoulder with the United States of America in the global war on terrorism and to help our country grow with medical and technological innovations.

We remain open and hopeful that peace will be achieved between Israelis and Palestinians, just like in Acre. Israelis desperately want peace and stability; they are citizens of a peace loving nation, who teach their children love and peace in schools. Hamas and the Palestinian Authority not only incite violence through “pay-to-slay” financial rewards but instill violence and hatred towards Israel, Americans and Jews in the classrooms from an early age.  Israel deserves partners for peace. Sadly, they cannot be found in the Palestinian Authority or Hamas.

May Ari’s memory and the memory of so many other Israelis and Americans be a blessing. We hope that Americans of all faiths hear our plea to unite behind Israel, today, tomorrow and forever. We stand & speak up together, united as proud Jewish-Americans for the State of Israel.

This editorial is a joint effort of Ben Goodman and Bryan Leib. Ben Goodman is a public policy professional in Washington, D.C.  He is a Democrat and a Maine native. Bryan Leib is a native of Philadelphia and the Republican Candidate for Pennsylvania’s 3rd Congressional District. Both are active in their Jewish communities, including in support of the young leadership arm of Jewish National Fund, JNFuture.  This opinion piece reflects the individual views of the authors and not any organization of which they are affiliated.