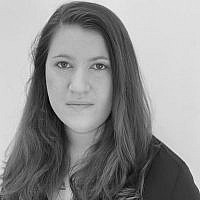 The Blogs
Lior Sirkis
Apply for a Blog
Please note that the posts on The Blogs are contributed by third parties. The opinions, facts and any media content in them are presented solely by the authors, and neither The Times of Israel nor its partners assume any responsibility for them. Please contact us in case of abuse. In case of abuse,
Report this post.

As consumers, when we don’t trust a brand of, let’s say, kitchen supplies, we buy from a different brand. However, what happens when we don’t trust the public institutions, whose services cannot be replaced? The answer to that lies in the set of tragedies Israel faced in the recent year. Mistrust in the government officials had a significant part in the outcomes of the Covid-19 crisis in Israel. Unfortunately, the same can be said in the case of the police, as despite officials’ warnings, the mistrust in the institution proved to be an accelerating factor to the recent tragedies in Mount Meron and Givat Zeev. In the national institutions’ case, as opposed to any regular consumer product, the distrust in the “institutional brand” comes with a high cost- Human lives. By any means necessary, if we want to reduce this unbearable cost, Israel must allocate the needed resources to regain the public’s trust.

Nowadays, every self-respecting brand invests decent funds towards altering and shaping their public perception in their favor. Companies check what the customers think of them and use the research to brand themselves accordingly as a company selling the best, most reliable products. However, it doesn’t seem like the state of Israel invests the same resources to earn the trust of its citizens. According to The Israel Democracy Institute, in 2020, only 44% of the Jewish citizens of Israel trust the police indicated having a strong sense of trust. This mistrust likely played a significant role in the circumstances that led to the disaster in Meron. The trust in the Knesset and the government is even worse- only 32% of the Jewish citizens and 31% of the Arab citizens indicated having a strong sense of trust in the Knesset. For the government, the percentages are 29 and 25. In the same token, the mistrust and the lack of willingness to comply with the Covid restrictions reflect said statistics.

The mission of earning the trust of the Israeli citizens is revealed to be even more challenging when considering the amount of false information that is flooding us at any given time. Through social and conservative media, and even by our very own politicians, we as citizens are constantly exposed to “alternative facts”. It is no longer clear what is true and what is not, and which information we can trust. Therefore, branding the national institutions as trustworthy under one cohesive messaging strategy is even more critical and more difficult.

Israel’s solution to the aforementioned situation, like any company in the global market,  is relatively simple: Israel must invest resources in The National Information Directorate. The Directorate was established in 2007 and is the official body responsible for coordinating between the spokespersons of the official state institutions to create a unified information and communication policy. This is a mission with great magnitude, that requires a well-thought strategy, extensive resources and a well-trained staff. Yet, since its establishment, the role of the Head of The National Information Directorate is a double appointment. On the other side of the coin, the Head of the Directorate also serves as the Prime Minister’s Communications Adviser. The State Comptroller’s report in 2012 advised that this dual position impairs the function of the Head of the National Information Directorate. Still, nothing has changed, and the position has remained dual. It only fits that the person in charge of the National Directorate will be one who can devote all the time required to this task, which is second to none.

A well-established, well-thought and well-funded National Information Directorate could brand the national institutes as trustworthy organizations. By becoming a center for all the issues related to delivering a clear and reliable message to the Israeli public, the Directorate will help restore the public’s trust. one may argue that mistrust in the institutes is deeply rooted in Israeli society, and I would agree. Yet, despite the complexity of the lack of trust, the State of Israel must commit its rehabilitation from the ground up, to reduce the unbearable price we pay for it.

In a world that is changing fast, with a never-ending news cycle, the Directorate’s mission is more critical than ever. The need to create a precise, planned message to the Israeli citizens is vital. Israel must prioritize public trust in its institutions so that it can make use of the irreplaceable services they provide. If the recent tragedies have not been an example of the heavy price we pay as a society for the lack of trust in the state’s institutions, it’s hard to think what will serve as a sufficient example.

About the Author
Lior Sirkis was born in New York and raised in Tel Aviv. She is a fellow in the Argov Fellowship for Leadership and Diplomacy, formerly studying in the honors program for strategy and decision making at IDC. She served at the IDF Spokesperson’s Unit as the spokesperson for an armed Brigade. In 2017 Lior moved to California to serve as the Jewish Agency community Emissary in Orange County. In the future, she would like to pursue a career dealing with international relations and foreign affairs.
Related Topics
Related Posts
Comments