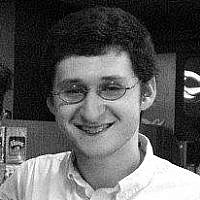 The Blogs
Dan Rozenson
Apply for a Blog
Advertisement
Please note that the posts on The Blogs are contributed by third parties. The opinions, facts and any media content in them are presented solely by the authors, and neither The Times of Israel nor its partners assume any responsibility for them. Please contact us in case of abuse. In case of abuse,
Report this post.

Fred Kaplan’s most recent column in Slate repeats a common refrain: Israel can score operational successes, but it has no strategy to deal with Hamas. I have made the same assessment a number of times. But however bleak Israel’s strategic thinking is, Hamas’s suffers from even worse delusions.

The Israeli–Palestinian conflict is unique for many reasons, but one of them is the strange conceptions of power and strength that each side uses. I highly recommend Haviv Rettig Gur’s essay on this subject. As Gur discusses, the Hamas conception of Israel is that akin to a European colonial occupier—a visitor, staying only until the cost of occupying becomes too great. The irony for Israelis is that they once thought of themselves as anti-colonialists, as well. Lost in the debate over whether groups like the Irgun and Lehi were “terrorist” in nature is that they were, until partition was announced in 1947, fundamentally insurgent groups.

The irony for Hamas, and until 20 years ago the PLO, is that they’ve chosen a strategy that emulates anti-colonial struggle against a country that is not motivated by colonial impulses. Hamas’s asymmetric warfare strategy is effective at a number of things: attracting world condemnation against Israel, restricting Israeli freedom of action, and reinforcing the perception of Palestinian vulnerability.

But what the strategy lacks is much of an offense, and it is partially because of the Hamas misconception of Israel that it lacks this feature. Hamas’s offense has evolved over time, but—not coincidentally—this evolution traces the evolution of Israeli defense. Hamas’s most devastating offensive weapon 12 years ago was the suicide bombing, but Israel instituted a number of measures to counter those—the most important of which were the various means of controlling movement in the West Bank, especially the separation barrier. Hamas shifted its attack toward less precise and deadly rocket attacks, but Israel has countered again with the Iron Dome.

A colonial occupier would not bother to create Iron Dome. In the face of thousands of projectiles largely sponsored by an outside state, a colonialist would pack up and leave. Although Israeli control of lands beyond the Green Line is an occupation, it is not like the colonial occupations Hamas’s mindset believes it to be. The land over which both sides are fighting is claimed legitimately by two peoples. As long as both peoples are still around—and they will be—the only reasonable solution is partition.

Hamas is a persistent problem for Israel—but not an existential threat—because it neither has the strength to impose its will of eliminating the Jewish state, nor the desire to create partition. It misjudges the most basic aspects of the Israeli narrative, and thus makes fundamental errors in strategy. Hamas, at this stage, does not contribute meaningfully to the future of the Middle East in any respect. It harms the Israeli state while simultaneously ensuring its own people will not get one.

Israel is stronger than Hamas and is more able to impose its will. Near-term security for its people demands that ability. But that ability is still limited by a number of factors, and lately Israel has neglected the second part of the strategic equation: bolstering the idea and reality of partition. The peace process cannot magically disarm Hamas, but it is part of the strategy to defeat them. Israel has proved wonderfully adept at countering Hamas’s attempts to dominate Israeli life; now it must prove that Hamas’s rejection of partition will make them irrelevant in the long run.

About the Author
Dan Rozenson is a graduate student in security policy at George Washington University in Washington, DC. He also writes about baseball at Baseball Prospectus.
Related Topics
Related Posts
Comments