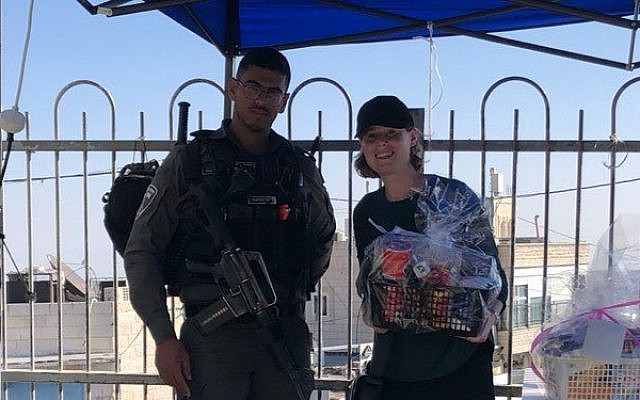 In Parshat Bo, after the plagues, we read about the Exodus from Egypt (Shmot 12:51):

On that very day, Good took B’nai Yisrael out of Egypt in their multitudes (al tzivotam).

One way to read the word “tzivotam” is by their hosts. In other words, the angels were instrumental in helping B’nai Yisrael get out of Egypt.

Another way to read “tzivotam” is that B’nai Yisrael were a “tzava,” an army.

Rav David Avraham Spector explains based on the teachings of Rav Kook in Orot that the God of legions is the God of Israel and the army of Israel is the army of God. Tzahal- Tzava Hagana L’Yisrael- The Israel Defense Forces (IDF) is therefore the revelation of the angels who fight for Israel.

In the beginning of Parshat Beshalach, Shmot 13:18, we learn that B’nai Yisrael left Egypt with weapons:

God led the people round-about by way of the wilderness to the Sea of Reeds. B’nai Yisrael were armed (chamushim) when they went up from Egypt.

Why did they need weapons?

According to Rashbam, they were armed with weapons so that they would be ready to conquer the Land of C’naan.

Without the partnership of God and the IDF, we would not have a Modern State of Israel. While God and the angels protect us from above, the soldiers are angels safeguarding us on the ground.

We must do what we can to show our appreciation for the soldiers who protect us night and day in missions that we can’t even fathom.