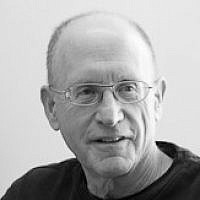 The Blogs
Stuart Schoffman
Apply for a Blog
Advertisement
Please note that the posts on The Blogs are contributed by third parties. The opinions, facts and any media content in them are presented solely by the authors, and neither The Times of Israel nor its partners assume any responsibility for them. Please contact us in case of abuse. In case of abuse,
Report this post. 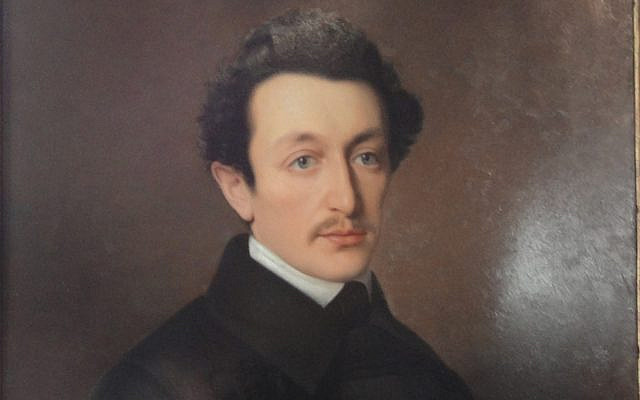 Back in the mid-20th century, when I was a kid in Flatbush, the Jewish joke went like this: A Zionist is a person who collects money from a second person, so that a third person can live in Israel. In the aftermath of the Holocaust, Zionism was taken for granted.

In today’s quicksilver world, Zionism means various things, to Jews and others, in an ongoing discourse of “branding” and “re-branding.” Zionism is the fulfillment of a 2,000-year-old dream, and perhaps of Biblical prophecy. Zionism is the national liberation movement of the Jewish People. Zionism is a culmination and tangle of Jewish values, a set of texts and a living text, nutritious fodder for productive conversation.

For some, Zionism means Jewish settlement in the Land of Israel — all of it. To its foes, Zionism is a racist colonial enterprise. For many Zionists, it means embracing traditional Jewish and universal values of humanity and justice, and sustaining a sovereign state that strives, against the odds, to achieve them. Others, however, would brand that position as “post-Zionism.”

Zionism is the fragile child of Jewish history, at the center of a custody battle. Who owns Zionism?

Does political power confer the right to define Zionist identity and authenticity? In the current milieu, many Jews, Israelis not least, will declare: my Zionism is very dear to me, and I will not let it be hijacked or defined by people whose values I do not share.

In late April, at a weekly meeting of the Israeli cabinet, Prime Minister Netanyahu announced that Limor Livnat, minister of culture and sports, had initiated “a YouTube competition about who is and what is a Zionist.” In Livnat’s words, from the official government transcript:

Beyond this term, “Zionism,” which is considered archaic and outdated, we are modernizing, enlivening and revitalizing it and making it interactive as well….And the most important thing is that we are doing everything in order to give more and more expression to our Zionist values.

Judges were appointed, about 140 videos were submitted, and in mid-July — as the front pages were consumed with the haredi draft, the controversial university in Ariel, the theoretical legality of the occupation, and a Haifa man who set himself on fire to protest economic inequity — the winners were announced. The first prize of 40,000 shekels went to Arik Kaufman, a 25-year-old film student, for “Balevav Penima,” a title taken from the national anthem “Hatikvah,” meaning “deep in the heart.”

The touching, well-made video depicts an old man, apparently an Alzheimer’s patient, who does not remember family photos shown him by his wife, but stands up when the strains of “Hatikvah” are heard on TV. The man’s name is “Ze’ev” — Jabotinsky’s first name; Herzl’s middle name — and in the last shot, the iconic picture of Theodor Herzl on the balcony in Basel comes into focus, hanging on the couple’s wall.

The “audience favorite” award, based on voting by Web viewers — presumably what Livnat meant by “interactive” — was awarded to “Zionism without Jerusalem?” an animated political advertisement arguing that Jerusalem, also called “Zion,” is the bedrock of Zionism, the foundation without which the whole state would topple. The 25,000-shekel prize was awarded to the clip’s producers, the Im Tirtzu organization.

Im Tirtzu derives its name from “Im tirtzu ein zo aggadah,” the Hebrew version of Theodor Herzl’s famous adage, “If you will it, it is no fairytale.” Branding themselves a “centrist” group, they have drawn attention in recent years by vilifying the New Israel Fund and calling on universities to purge allegedly anti-Zionist professors. They and their admirers consider themselves Herzl’s legitimate heirs, certified custodians of his legacy.

What would Herzl say? His writings and speeches have been fruitfully cherry-picked by Zionists of all stripes, but the best morsels are often to be found in his diaries. In the fall of 1898, during his only trip to Palestine, Herzl began reading “Rome and Jerusalem,” published in 1862 by the German-Jewish political thinker Moses Hess, a book ignored in its day and later considered a path-breaking Zionist work. Herzl finally found time to finish reading Hess on a long train ride in May 1901, and exclaimed in his diary:

Now I was enraptured and uplifted by him. What an exalted and noble spirit! Everything that we have tried is already in his book….Since Spinoza, Jewry has brought forth no greater spirit than this forgotten Moses Hess.

Born exactly 200 years ago into an Orthodox family, Hess fled into socialism and was, for a while, a friend of Karl Marx. Later on, inspired by the romantic nationalism of Garibaldi’s unified Italy, and painfully alert to German anti-Semitism, he outlined his eclectic vision of Jewish independence and religious enlightenment in a book worthy of serious study. Here are its opening lines, a capsule of Hess’s revolutionary ideas, which Herzl first read in Jerusalem:

After an estrangement of twenty years, I am back with my people. I have come to be one of them again, to participate in the celebration of the holy days, to share the memories and hopes of the nation, to take part in the spiritual and intellectual warfare going on within the House of Israel, on the one hand, and between our people and the surrounding civilized nations, on the other….A thought which I believed to be forever buried in my heart, has been revived in me anew. It is the thought of my nationality, which is inseparably connected with the ancestral heritage and the memories of the Holy Land, the Eternal City, the birthplace of the belief in the divine unity of life, as well as the hope in the future brotherhood of men.

Rereading these words in the hot, fractious summer of 2012, I am struck most of all by their expression of return and revival. I have been a Zionist all my life, but suddenly I realize that Zionism, at its core, is a form of “teshuvah,” that marvelous, resonant Hebrew word that signifies repentance and return — to oneself, to homeland and family, to God — but that also means “answer.”

Zionism is the evolving answer to the age-old “Jewish question” of how Jews can survive, function and thrive in an overwhelmingly non-Jewish, often hostile world. Zionism is a return to holy ideals, a new beginning, a clean slate. Zionism is a vigorous engagement in spiritual and intellectual debate, a quest for transcendence and human brotherhood. Zionism, on the 150th anniversary of Hess’s noble book, remains an elusive essence, which no one party, or leader, can claim or control.

About the Author
Stuart Schoffman, an iEngage Fellow at the Shalom Hartman Institute in Jerusalem, is a journalist, editor, and translator
Related Topics
Related Posts
Comments