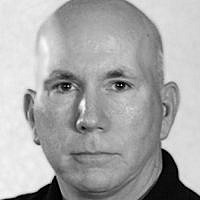 The Blogs
Douglas MacKinnon
Former White House and Pentagon Official and author
Apply for a Blog
Advertisement
Please note that the posts on The Blogs are contributed by third parties. The opinions, facts and any media content in them are presented solely by the authors, and neither The Times of Israel nor its partners assume any responsibility for them. Please contact us in case of abuse. In case of abuse,
Report this post.

As someone who once worked in the White House for two presidents, I watched with interest as newly elected President Joe Biden settled into office.  Two decades ago, I had briefly spoken with him twice and he came across as a very good person.  But of course, that was well before the “Age of Trump” upended our nation, much of the world, and seemingly poisoned a great deal of rational thought, civil dialog, and established alliances.

For many on the left in the United States — most especially after a number of Trump supporters shockingly, disgracefully, and illegally invaded the Capitol Building in Washington, D.C. on January 6th — anything or anyone Trump touched, associated with, or seemed to have a good working relationship with, had to be abandoned or declared persona non grata.  Forever.

How, I wondered, would this ill-advised blanket strategy of complete disassociation affect the critically important relationship between the United States and the State of Israel?  Would the fact that former President Trump had a good and warm working relationship with Prime Minister Benjamin Netanyahu negatively impact the thinking of President Biden and his administration when it came to dealing with the State of Israel?

Well, if President Biden still not reaching out to Prime Minister Netanyahu four weeks after being in office is any indicator, then the answer sadly may be “Yes.”  Along with that glaring omission of expected communication with one of our best and most trusted allies in the world is the fact that during a recent press conference, Biden’s press secretary refused to even acknowledge that Israel was an “important ally” of the United States.  A week later she did admit that Israel was an “ally,” but even that response seemingly had to be dragged out of her.

Is the Biden White House making an example out of Israel now because Prime Minister Netanyahu did have a solid — and highly productive — working relationship with Trump?  One would hope not as such a response would not only be seen as petty and immature by many, but ultimately punitive to both of our nations.

As this unfortunate situation plays out, the next question I pondered was:

“Who really and truly cares about the State of Israel in the United States?”

It took me less than a second to come up with the answer:  “Honestly, almost no one.”

Back in the day when I also worked in the Pentagon, I had the honor to interact with members of the Israel Defense Forces.  By that time, my belief in the State of Israel and its immense value to the United States and the world community as a whole had long been cemented.

I first became aware of Israel as an 11-year-old boy when news of its “shocking” victory during the “Six Day War” made its way to my eyes and my ears.  “How,” I wondered to myself as I read all I could find on the conflict.  “Could such a young and small nation come out victorious so quickly in the face of such overwhelming odds?”

As that child, I came to realize that Israel truly did represent a shining star of hope in the Middle East.  A people, a government, and a nation that had quickly come to the conclusion that if they were to collectively survive, they had to become the very best in a number of critically important areas.

Flash ahead a half-a-century where I come to my very sad and troubling conclusion that almost no one in the United States thinks about, worries about, or cares about the State of Israel.

First, looking at the support for the State of Israel as a pure and basic mathematical problem, I can guarantee that out of a nation of over 330 million people, well over ninety percent of the population of the United States never give Israel a passing thought.  Ever.

“Well,” some might counter.  “What about Evangelical Christians?  They love Israel. The United States is about 70% Christian and Evangelicals represent about 25% of that huge number.”

True.  But do they care about the State of Israel for what it represents as a sovereign nation, or do they more care about it because within its borders, is the birthplace of Jesus Christ?

I ask that question as one who while born into the Catholic faith, long-ago soured on organized religion for a host of reasons.  That said, I remain spiritual with a strong belief in God.

“Well, what about the U.S. Congress?” some might ask with a glimmer of hope.  On its best days — especially in the “Age of Trump” — Congress has devolved into a hyper-partisan snake-pit in which Israel is less and less of a priority.  All the opposite in-fact for certain Members trying to gain cheap points with the various Anti-Israel factions.

“Well then,” others may ask.  “What about the students in American colleges and universities?”

Sadly, the BDS (Boycott, Divestment, Sanctions) movement — coordinated in large part by the Palestinian B.D.S. National Committee and with the full-throated support of U.S Democrat Representatives Ilhan Omar of Minnesota and Rashida Tlaib of Michigan, among others, has become like a secular religion on certain college campuses.

Worse than that for Israel, that often Anti-Semitic movement is gaining a strong foothold within the U.S. population as a whole.  One recent survey showed one in five Americans supports the BDS movement.  Another showed an alarming 40 percent of Americans supporting the Anti-Israel campaign.

Faith, politics, partisanship and pettiness aside, the State of Israel is deeply deserving of our support and friendship.  If we fail to recognize that and not repair and strengthen our essential alliance, it is the United States which will pay a price in the future.

Here is hoping President Biden, Vice President Kamala Harris and their administration will not only agree, but give a strong voice to a friendship and alliance which must endure…for the sake of both nations.

***  Douglas MacKinnon is a former White House and Pentagon official and author of the novel: The Dawn of a Nazi Moon: Book One.

About the Author
Douglas MacKinnon is a former White House and Pentagon official and author of the book: The Dawn of a Nazi Moon: Book One.
Related Topics
Related Posts
Douglas MacKinnon
Comments