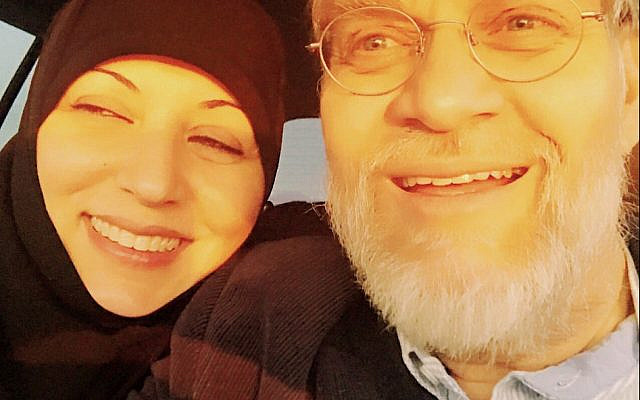 News broke this Friday that Nader Talebzadeh, Iran’s Chief propagandist and renowned filmmaker passed away following cardiac complications. A central figure of the regime, Nader was also a man of many controversies. Millions hated him for his perceived role as the architect of Iran’s brutal propaganda campaign; hardliners often viewed him as a dangerous dissident whose calls for modernization stood contrary to their Islamic ideology.

I first met Nader in 2015 when he extended me an invitation to Iran’s Palestine Conference. My first ever visit to Iran would be followed by many others, all, facilitated by the man I would soon learn to call a friend. As I moved closer and closer to the heart of the Islamic Revolution’s power center, Nader opened countless doors, making it possible for a western outsider such as myself to walk the corridors of power, protected as I was by his influence and the many friendships his decades of service to the Ayatollahs’ cause had bought him.

Looking back I realize that if not for Nader Talebzadeh it is unlikely I would have ever been able to sit across Iran’s leadership, let alone meet President Ibrahim Raisi away from the influence of SEPA, Iran’s all-powerful intelligence services and guardian of the Ayatollahs’ ideology.

A fervent loyalist, the man behind the machine as it were, who was really Nader Talebzadeh? I’m finding that there may be more than one answer to this question. As is often the case in Iran, the truth about anyone’s loyalty, or better yet agenda, lies beyond the accepted narrative, in a space where no control can be exerted – away from the prying eyes of a system with an autocratic nature that cannot tolerate dissent to its core ideology.

The son of a high-ranking officer in the Shah’s army, Nader Talebzadeh hailed from an affluent and well-respected family. Soon after he graduated high school, he, like so many of his fellow Iranians at the time, crossed the Atlantic to pursue his education in one of America’s elite universities, Columbia University in New York.

Armed with a degree in filmmaking from Columbia, Nader rushed back to Iran in 1979 to join the Islamic Revolution and lend his support to a regime whose survival, and narrative he helped secure, construct and promote far beyond Iran’s borders. As he rose within the ranks, forever amassing more influence within the regime, Nader would fight many battles against hardliners, plagued as he was by his family’s past, as the system of the Ayatollahs often looked upon him with suspicion for he was a son of the very tradition they wished to forever erase from Iran’s memory.

Much of Nader’s wealth was seized by the regime in 1979, his assets requisitioned by the Revolution so that he and his family’s survival would be tied to the whims of the leadership. Their loyalty was tethered to the crumbs they were left with and were told could be disappeared should they so much as offer a whisper of criticism.

On the surface, Nader was a man of the revolution, an intellectual who would dedicate his life’s work to the promotion of the Governance of the Islamic Jurist, the very system Ayatollah Ruhollah Khomeini conjured up to reframe Iran’s institutions in his image. The regime is unlikely to reverse its official stance mourning Nader Talebzadeh’s passing … such was his influence. In reality, it could be that with his death he exposed the fragility of a narrative that will not survive yet another breach in its ideological armor.

There is more to the story that is Nader than even I could have imagined now that new information is coming to the surface, information that I must say is impossible to verify with absolute accuracy, and yet worthy of our consideration, as it speaks of a quiet resistance within the regime that proves the tenacity of a people to speak freedom to their occupiers.

It’s crucial to understand that the Islamic Revolution did not just take over the reign of power by defining Iran’s new institutional parameters, it has sought to remold the psyche of a people to the violence of theocracy so that democracy could rhyme with fascism.

Nader’s mother, I was told, was a Jew, which would obviously make him automatically Jewish! However mind-boggling this piece of information may be, it was confirmed to me by four separate sources from circles that do not know each other, and to a great extent have very antagonistic opinions.

While I do not abide by the narrative that Nader was working for Israel’s intelligence services, it would certainly put in context the zeal he demonstrated in advancing my own influence within the regime and in more ways than one acting as my mentor in Iran’s tight circles of influence.

Looking back, much of our conversations have taken on a whole new meaning.

I recall vividly now how once, as we sat in his living room drinking coffee, meters away from a member of SEPA he looked at me and quickly said: “We are of the same people you know.”

If our conversation had not been cut short by the arrival of new guests, I cannot help but think that maybe, just maybe, he was trying to tell me something.

To imagine that a man like Nader, with his influence and reach within the Islamic revolutionary world, his links to figures such as Nasrallah, the head of Hezbollah and countless other terrorist organizations, could be working from within to diminish or contain the influence of Tehran in the region stands testimony that the ideology of Terror is bound to be broken into and disappeared.

As Tehran is now paying homage to the man many believe was in fact assassinated, a furor of conjectures is bound to wash over the office of Ali Khamenei, putting in question the regime’s ability to project any legitimacy.

And though we may never know for sure, many officials will sit uneasy, pondering over the true loyalty of a man they for decades called ‘friend.’