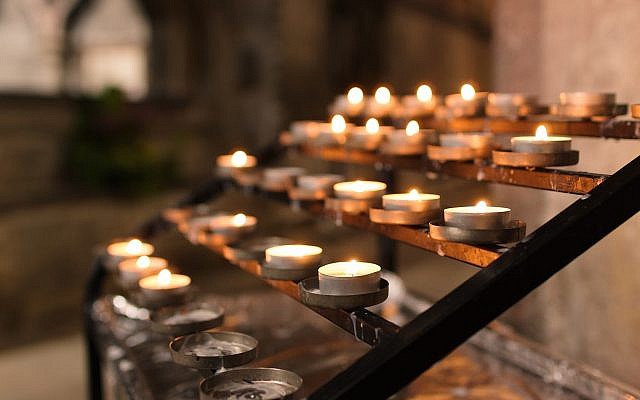 Tealight candles in a church lit for prayer and remembrance. (iStock)

To tell you the truth, my stomach clenched a little in apprehension when I spotted her across the lunchroom at Shepherd University. It was the summer of 2005, with the worst of the Second Intifada still in recent memory; I had just graduated high school and was to begin my national service volunteering with an organization that assists terror victims that September. And I had never spoken to a hijabi Muslim woman before that point.

I immediately felt guilty about my knee-jerk Islamophobia. She and I were attending a National Women’s Martial Arts Federation conference in West Virginia. What is the point of NWMAF if not to break down stereotypes and promote nonviolence and tolerance?

Maybe it was the guilt that made my eyes linger a little longer on her listing in the program schedule, but I think it was mostly curiosity. She invited people of all faiths to a workshop about faith and self-defense. Two topics of interest, and it wouldn’t involve physical exertion, which sounded good to me. (I am the laziest black belt in karate you will ever meet.) I decided to attend and hear what she had to say.

And so we gathered in a relatively small classroom on campus: me, a couple other Jews, and a smattering of Christians, all of varying denominations and levels of religiosity. Our Muslim-American lecturer was–like most of us–a martial artist and self-defense instructor, and she quickly broke the ice with her humorous, engaging style. She had a way of pulling us all into the discussion without putting us at odds with each other.

I walked out of that room utterly transformed.

In his classic work, The Lonely Man of Faith, Rabbi Joseph B. Soloveitchik writes that in our modern, secularized world, being a person of faith can be a very lonely experience. There is a sort of redemptive relief in finding others who share your sense of purpose, your sense of awe, your feeling of connection to a Divine Being, and your struggle to be closer to Him. What I discovered in that room was that those people don’t need to share your belief system to create that relief. In fact, the discovery that there are people so very different from me, and who believe and practice their faith so differently, but share those same struggles and experiences, ignited an even greater sense of wholeness than discussing the same things with other Orthodox Jews.

When I came home to Israel and tried to tell my friends about the experience, I found myself at a loss for words to describe what I understood and felt in that room–and frustrated at their shrugging shoulders. Regrettably, Orthodox Jews tend to be noticeably absent from interfaith initiatives of varying types, but I think our aversion to it is understandable. As the “mother religion” of both Christianity and Islam, and the only one of the three that doesn’t encourage conversion, we don’t feel a need to explain ourselves to anybody. Our memories are long; in the Middle Ages, such dialogues, debates, and disputations were merely a pretense, a kangaroo court where we were always condemned to lose a lot more than just the argument. Many of us don’t see much value in contact with the outside world; on the contrary, we tend to view it with suspicion and distaste.

Since that conference, I’ve been particularly drawn to the topic interfaith encounters, and that interest has expressed itself a lot in my writing. Last month, my debut novel, By Light of Hidden Candles, was published by Kasva Press; the story focuses on relationships between Jews and Christians, both in the modern era and in 15th century Spain. One early reviewer, a religious Jew, enjoyed the book very much, but with the following caveat: she felt uncomfortable with “all the detailed xtian stuff it contains, including descriptions of catholic mass, xtian teachings, and the general tolerance and even, dare I say it, respect for xtianity.”

I laughed out loud when I read that line.

I admit, when I set out writing the perspective of Manuel Aguilar, the modern Christian character in By Light of Hidden Candles, I was hesitant. I remember writing the first few lines of a chapter in which he attends church and consults his pastor on something, and feeling myself slam into a wall. How was I going to write about a devout Catholic man attending Mass when I had no idea what goes on during the service? I had never been in a church before — Catholic or otherwise — and I had no intention of changing that. But if I was going to write this book, I was going to need to learn a lot about Catholicism, and I was not keen on the idea.

Then I remembered what happened in that classroom on the campus of Shepherd University in Shepherdstown, West Virginia. And I remembered that when you show up with genuine curiosity, confident and secure in who you are, you don’t need to feel threatened by what other people believe. So I took a deep breath and dove into the research.

And yes, I did begin to feel a deeper appreciation for Catholics and their beliefs. “Even, dare I say it, respect.” Respecting another culture or religion doesn’t mean you intend to join them, nor that you condone everything they do. What it means is that you can appreciate the elements that you identify with and admire: their wholehearted faith, for example, or devotion to God and to their community — and have the humility to realize that their motives are no less pure than your own, they are simply acting on a different foundation of core beliefs than you are.

Respect means understanding that people can be just as intelligent, compassionate, humble, and sincere as you — or more so — and still arrive at different conclusions than you have. It means knowing that we can still love and learn from people even when we think they are wrong. I have probably learned more from people I disagree with than from anyone else.

Respect means being willing to lean in to the discomfort of difference without being afraid that it will destroy you.

The aforementioned reviewer conceded: “If the author Daniella Levy had been a jot less detailed, or a touch less tolerant and respectful of xtianity, her artful depiction of the characters involved, and the integrity of the book, would have definitely suffered as a result.”

Alhamdulillah, praise the Lord, and hallelujah. I must be doing something right. 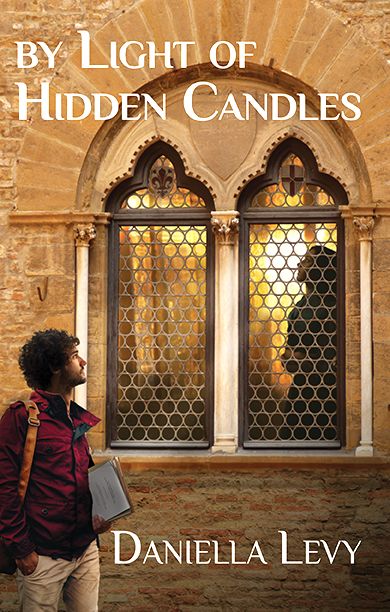 About the Author
Daniella Levy is the author of Disengagement, By Light of Hidden Candles, and Letters to Josep. Her prose and poetry — in 3 languages — have been widely published, and she was nominated for the Pushcart Prize for her short fiction. She is also a freelance copy and content writer. Born in the USA, she immigrated to Israel as a child, and currently lives at the edge of the Judean Desert with her husband and three sons. You can learn more about Daniella and her work at Daniella-Levy.com.
Related Topics
Related Posts
Comments