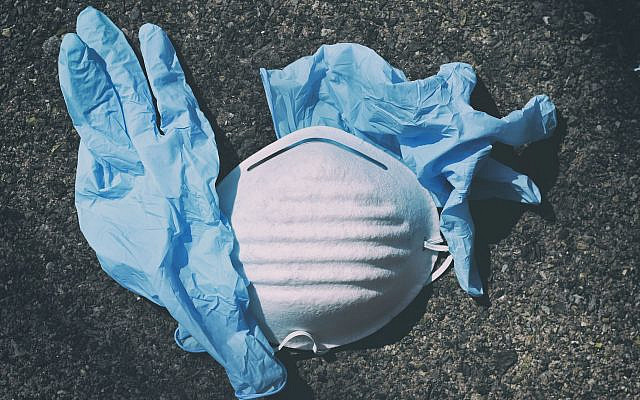 As the world (hopefully) emerges from under the pale of the Covid-19 pandemic, I’ve often wondered why it is that people have reacted in such drastically different ways to the public health threat it represented. The gamut runs from those who, on the rare occasions when they left their homes, would double-mask and copiously avoid humans even outside, to those who would purposefully not wear masks in crowded spaces and react provocatively or even aggressively when approached. Here we are, all facing the same harsh reality, and yet reacting so differently. What could explain such a dissonance?

The answer that I have reached so far rests on two words – trust and individualism.

Trusting the experts (or not)

We do not trust experts any more, and the truth is that experts of gave us a number of reasons not to. Throughout the Covid-19 pandemic governments and health regulators have given inconsistent advice, devoid of transparency and without clear communication of the data to the public. Policy decisions have often seemed opaque and at times even arbitrary. At the same time, outsiders with no particular expertise on matters of public or health policy managed to gain the trust of a large segment of the population, and even be elected into public office.

As renowned psychologist Daniel Kahneman rightly points out in his latest book Noise, when faced with a complex question we often substitute it for an easier one. In the context of climate change, Kahneman says we may substitute the question “do I believe in climate change?” with “do I trust the people who say it exists?”. So to with Covid, a large segment of the population had decided to trust the experts (CDC, etc) with health guidance, even if it was at times flawed, whereas others chose to trust outsiders who promoted other, sometimes conspiratorial viewpoints.

Science and scientists often operate under a veil of uncertainty. Covid-19 was just as novel to the public as it was to those tasked with containing it. While some were able to forgive the errors in judgment and poorly communicated advice in retrospect, others decidedly were not. To be fair this erosion of trust comes on the back of longer terms trends; lost trust in traditional (“expert-run”) institutions as well sustained attacks on the truth itself.

Personally, I choose to continue trusting “the experts” (which experts is also a good question that deserves careful consideration), with the frustrating caveat of knowing that they are human and therefore flawed. It may also help that I never found wearing a mask so bothersome, in part perhaps precisely because by-and-large, I trusted those who advocated wearing them. However, I understand that for many mask-wearing was much more than a nuisance. I am not a scientist, and I unfortunately do not have unlimited time to “do my own research”. So when trying to develop educated opinions my attitude was (for Covid and for other scientific policy issues like climate change for example) was to weigh the sides. On the one hand exists an overwhelming scientific consensus that is either the world’s most mind-boggling case of groupthink or it is a fairly reliable reflection of reality. The alternatives to me often appear far more ideological, politicized, and even conspiratorial, the beastial shouting often crowding out well-placed, nuanced criticism. Yes there is such a concept as groupthink, but there is also such a concept as being right.

Freakonomics co-author Stephen Dubner put it best, the U.S. is just – different. In fact, the United States is the most individualistic country on earth. This individualism is the driver of a spirit of innovation that has propelled American productivity but it also has been used to justify inequalities. If the U.S. is awash in individualism, it is also noticeable in in Israel, albeit with different expression and in particular contexts.

On the whole individualistic countries do tend to be richer and more prosperous. However, it does feel to me like in the context of Covid-19 in particular (although other examples exist) that this individualism was taken to an extreme. This was manifested on the micro-level from individuals coughing in the faces of those who asked them to mask up (which i witnessed on multiple occasions) to the United States having one of the highest deaths-per-capita ratios of the world. While there are many factors that go into determining Covid-19 outcomes for different countries, compelling studies indicate what to me has felt to be an intuitive role of individualistic tendencies. It makes sense to me that people with a greater sense of autonomy would shirk from pandemic related restrictions. This is compounded by the problem of those restrictions often being imperfect and therefore eroding the public’s trust. However on the whole, the basic thrust of Covid policies was to keep people safe, and they were ignored at our own peril.

Personally, I have always found such individualistic philosophies harder to relate to. Through a strong Jewish and Zionsit background the sense of responsibility to my fellow Jews and Israelis was instilled in me as a core value from a young age. It was this sense of collective belonging that drove me to immigrate to Israel, join and fight in the IDF. These are concepts that I believe are reflected in Jewish biblical and Talmudic values – the giving of charities, the constant referring to the widow and the orphan are nothing if not a call to think of, and care for – others.

Of course, individualism is closely related to another concept that westerners, especially in America value deeply – freedom. The freedom to do what I want, the freedom from unwanted encroachment, especially by government. However freedom cannot be the end-all-be-all, since unlimited freedom is indistinguishable from anarchy. Yet I have heard the argument made that why stop at guns, people should have bazookas, because – freedom. Why mask up, why get vaccinated, why do anything at all that could benefit those around you, if it limits your own choice of action?

The concept of freedom is the basis for civil liberties which we lucky citizens of western democracies enjoy like freedom of religion and expression. These rights however, are not unlimited, nor should they be (take the extreme and hopefully uncontroversial example of yelling fire in a crowded space). Where one draws the line is a difficult challenge since it opens the door to subjectivity and oppression, yet a line must be drawn. In a perfect world, public officials, elected and otherwise, would be worthy of the trust we place in them to develop policies that would strike this delicate balance. Unfortunately they are not. What is left then, is as a society to nevertheless try our hardest. What must not be allowed to fall by the wayside in the process is a sense personal responsibility to our fellow citizens and countrymen.