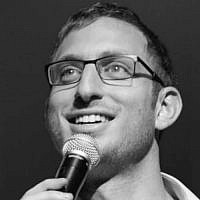 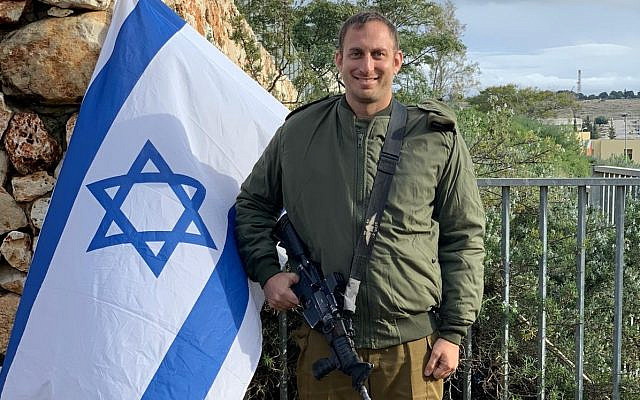 That’s the first response I would get from senior IDF officials over the last few years when I requested the opportunity to draft. “You serve our nation in other ways and there is a reason that the law exempts people like you,” they said.

I admit that making aliyah at the age of 32 and now, with a wife and four children, my situation is a little different to the typical 18-year-old that is recruited to the army, but I too wanted to serve my country and didn’t feel it right to use my exemption just because I could.

When he finished university, my brother Jon Jon, made aliyah and drafted to the army. He served in the elite Duvdevan special forces unit (the one that Fauda is based around) and years later continues to be a legend there. They thought he was crazy volunteering to serve with a bunch of kids out of high school, but he felt that he wanted to play his part in the physical defense of the Jewish people, even if he wasn’t obliged to.

I remember at the time sitting comfortably in synagogue and reading Moses’ exhortation of the descendants of Gad and Reuben (Numbers 32:6): “Shall your brothers go to war while you will sit here?” I thought to myself, why should my brother go and not me? Yes, neither of us had to, and yet he did it. He got up and volunteered to be part of something greater than himself.

And what about my sisters and brothers in the broader sense? How could I live on the front rows of history, in one of the first generations that one can serve in this way and not do so? I know this isn’t the norm and of course, respect everyone that does not do so, but for me, this was an opportunity I did not want to miss. My brother had done it, my friends went through it, all my neighbors did it and my children too will engage in national service one day. For me, this was not a question of if, but when.

After getting over the fact that this crazy Australian oleh wanted to join them in the army, my conversations with those in charge were nothing short of inspiring. It was a bit like the traditional process of conversion to Judaism – once they had tried, and failed, to dissuade me, they welcomed me with open arms.

I was happy to help anywhere I could but once they learned that my first degree was in Media and Communications and I have some experience in that space, they asked if I would consider doing the requisite training and then join the IDF Spokesperson’s Unit (Dover Tzahal). Before I knew it, I was in the office of Lt. Col. Jonatan Conricus, the IDF International Spokesperson and Head of International Public Affairs and Public Diplomacy, discussing how I could help. He warmly accepted me. Then we just had to wait and see if the famous army bureaucracy would catch up.

Months went by and I had no idea what would happen. Then, out of nowhere, I got the call:

“We have a special enlistment due to the demands brought about by the IDF’s efforts to combat the coronavirus and we are looking for certain people. Can you join us?” “Of course,” I answered automatically. Someone would be in touch, they said. And it wasn’t weeks of silence this time. By the next morning, I got a WhatsApp message from an unknown number with forms to fill out, “ASAP.” I went to the doctor, went to the optometrist, worked on the forms and returned them back as quickly as I could. Then radio silence for another week.

I reached out: “I just wanted to confirm you received the forms and if there is anything else?”

“Received. We will contact you when we need” was the reply.

Another week passed and finally, another WhatsApp came through, “Come to Tel Hashomer [IDF base] at 9 a.m. Thursday.” It was Tuesday. Over the course of Wednesday, the time changed twice regarding when I had to be there and even where, but sure enough, at 12 p.m. Thursday I brought in the forms I had filled out and underwent an interview and a further medical check.

That night was the first night of Chanukah.

Sunday morning in the early hours I made my way to the base.

I am currently in basic training – I am definitely learning intimately about a culture that I had heard about in the past and the ultimate equalizer of most of Israeli society that is the IDF. While not a combat soldier like my brother or an intelligence officer like my sister-in-law, I am proud to serve my people on the frontlines of the war of words and promote diplomacy and public affairs. As we celebrate the miracles of Chanukah, when the Maccabees expressed our independence and protected our people against all odds, I was donning the olive green uniform for the first time and serving as but a cog in the wheels that continue to turn, ensuring our right protect ourselves and our right to self-determination.

When she heard my story, one of the soldiers told me how amazed she was, that despite everything I enlisted. “Many of my friends fought to get out of the army and you fought your way in. Thank you,” she said, “for reminding me what it means to be here. You are truly special.” I thanked her for the kind words, but told her that it’s actually the opposite. I am actually not special at all. I do not want to be an exception; I want to be part of the rule. We all have a role to play, each in our own way, and that is why I joined the special ones that have the privilege to live in this generation and represent our people.

This was my Chanukah miracle – the opportunity to add in a small way to our eternal flame and helping ensure that it continues to burn bright.

About the Author
Rabbi Dr. Benji Levy served as the CEO of Mosaic United, a strategic partnership between the State of Israel and global Jewry dedicated to strengthening the connection between young Jews and their Jewish identities and Israel. A recent oleh from Australia, he previously served as the dean of one of the largest Jewish schools in the world, Moriah College.
Related Topics
Related Posts
Comments