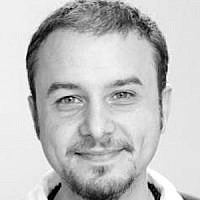 The Blogs
Matthew Gindin
Apply for a Blog
Please note that the posts on The Blogs are contributed by third parties. The opinions, facts and any media content in them are presented solely by the authors, and neither The Times of Israel nor its partners assume any responsibility for them. Please contact us in case of abuse. In case of abuse,
Report this post. 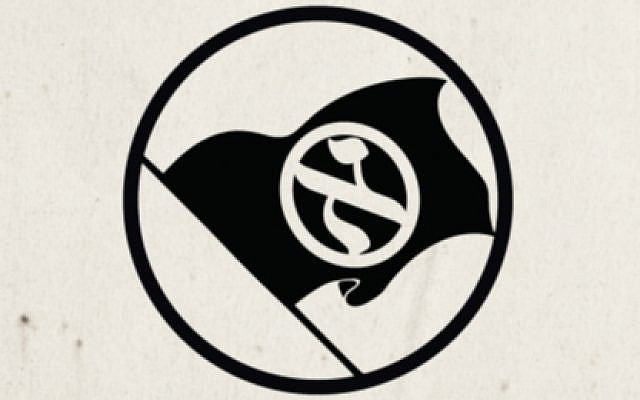 Avrum Burg a “scion of the Zionist aristocracy” recently announced that he no longer wanted to be a member of the Jewish community. I can sympathize. Reading the recent news out of Israel it is easy to think,  “Why would I want to be any part of this?”

The current reality seems to contradict everything I was raised to value in Judaism. I was raised to value anti-racism, justice, compassion, sensitivity to the other, a belief in education, reasoning and clear communication, non-violence, humane-ness. I was taught that if one could think and speak clearly and bring compassion to the table, humanity could move forward. I was taught there was something particularly Jewish about this sensibility.

Yet when I look at the community today I see defenders of the Israeli state accusing those who offer moral critiques of its actions of not even being Jewish–as if Jewishness was not defined by the moral, spiritual, or communal commitments of the last two thousand years but only to fidelity to a state that was never accepted by, lived in, or created by all Jews. One which was not created as a fulfillment of millennia-old Jewish religious expectations–whatever one thinks of them– but as a betrayal of them. I see propaganda replacing education; brainwashing replacing reason. The quality of discourse in mainstream Israeli politics- and among Israel’s North American defenders, now resembles the worst jingoist gibberish of 1930s Fascists or 2021 Trumpists.

The Ultra-Orthodox community has become permeated with chauvinism, the worship of authority, sexism, homophobia, racism, superstition, and arrogance towards all other Jews, not to mention non-Jews. In Israel, aside from the stripping of a stateless people of their human rights and the creation of what is now widely recognized to be a form of  Apartheid, Israel has officially declared itself the ethno-state of Jews only. On top of this, a horrific ideal of lineal purity is increasingly sought.  Jews of “mixed” or “impure blood” are treated like second class citizens. If this didn’t remind me enough of the Nazi take-over of Eastern Europe my family fled from, there is the stoning of Palestinian children on the way to school by Jewish settlers. This is the mirror image of what happened to my Baba on the way to her Jewish school, with the stone throwers then being Poles.

Looking at all of this, it is tempting to think Avrum has it right. Since so many of these evils cluster around the defence of the wall between Jew and non-Jew, the best, most moral thing to do might be to resign from the Jewish people altogether.

Not that all Jews are complicit in these evils- far from it. Many, many Jews are fighting against all of these things, even at the risk of their jobs, their acceptance in their community, even the safety of their bodies. I’m no big shot, but I’ve had my share of being called a Kapo or a “tool of Hamas” and letters asking for me to be fired for my opinions, and I know many others who have experienced far worse.

No, many Jews are not complicit at all, but the problem is that the very meaning and nature of being a Jew- the very category- has become a tool of evil. The most humane, the most righteous thing, the thing expressing solidarity with the other, well, let’s say it–the most Jewish thing– might in fact be to stop being Jewish.

And yet. There are two reasons why I am not doing that. It is tempting to rebel against the category of Jew, and maybe a host of other ones as well, none of which reflect any absolute reality. How about “white”, or “male”? How about “human” while we’re at it? We could probably learn more at this stage of our journey as a species from accepting ourselves as animals than trumpeting our imagined separation from them. Yet within the human conceptual imaginary, all of these categories function and live, and they will continue to do so regardless. If we abandon them, we abandon responsibility for them as well. That’s reason #1.

Number two is that I am, in fact, a Jew. I mean not in my deepest identity, which has no name, which is utterly unique and beyond description or explanation, just like the innermost identity of any living thing. Yet in the realm of the world, of language and especially of history, I am a Jew. To deny this would be dishonest or dissociative.

So I am a Jew, and I have no plans to try to leave.

Does this leave me any choice but to try to turn the blade of this weaponized identity? To beat the sword of Jewish identity into a plowshare?  We have a lot of work to do. Within Judaism, we need to embrace a culture of vigorous debate that doesn’t exclude or demonize our opponents. We need to expunge racism from our midst and work to alleviate sexism and discrimination against LGBTQ+ with all of our heart and with all of our strength and with all of our might.  I would argue that we need to accept anyone whom fate or choice inspires to identify with our strange people and stop policing the borders with such fear (and such power-hunger to be the arbiters of Jewish truth and identity).

Between Jews and the world, we need to turn outwards to work for all beings, and most importantly we need to start hippocratically by critiquing the ways we are doing harm. That means facing the realities of the Occupation and Israeli Apartheid, and working to dismantle both. Last but far from least we need to face any Jewish chauvinism that exists in our communities and go to war against it wherever it is found.

There is a key difference between Avrum Burg and I, of course: he lives in Israel, and I live in the diaspora. His renunciation of Jewish identity is a service to Israel, however it is perceived by the supposed “defenders” of the Jewish state. It is a courageous move in service to a vision of a just Israel, one that is truly democratic and multi-cultural. A state that is not merely just to all its inhabitants, Jews, and non-Jews, but one which learns from and honours our people’s past history of persecution at the hands of others.

In the diaspora, such a renunciation would have a radically different meaning. Living as a small minority in a multi-cultural society, the meaning of upholding one’s particularity bears little resemblance to the defence of an ethnic majority in a powerful, militarist state. In the former example, one’s expression of one’s own historical identity upholds the expression of others. In the latter, it assaults it.

This was, of course, the intuition of the anti-Zionist Bundists in the early 20th century who professed do’ishkeit, the commitment to Jewish identity in the diaspora. They saw that as wed, in its essence, to the accomplishment of justice for all peoples– which it surely is. (Of course that doesn’t mean that a Jewish state could not see the pursuit of justice for all of its peoples as essential to its mission–to its very Jewishness not in a merely ethnic sense but in a moral sense. It could, and it should.)

For diaspora Jews, though, we can likely accomplish more good by defending and developing non-Zionist Jewish identities which keep alive a different way of being Jewish, which learned a different lesson from our imperiled years as a minority in premodern cultures. The lesson we learned was not that we needed our own land with borders and walls and guns (and even nuclear weapons) to defend it. It was not that for the sake of such a militarized security it would be alright to dispossess and disempower others.

It is based, at the very least, on remembering the lesson our texts say we were to have learned when we went free from Egypt- “love the stranger, for you were strangers.” At most it encompasses much more- a commitment to resist the dehumanization of anyone, to be critical of majority views, to value humanity above all, to see safety in solidarity. The only way to honour the suffering, and the wisdom, of our ancestors, is to fight against the perversion of that legacy and to keep alive the possibility of a different kind of Jew.