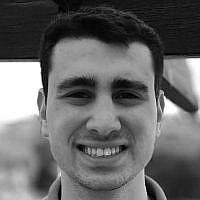 The Blogs
Natan Oliff
Apply for a Blog
Please note that the posts on The Blogs are contributed by third parties. The opinions, facts and any media content in them are presented solely by the authors, and neither The Times of Israel nor its partners assume any responsibility for them. Please contact us in case of abuse. In case of abuse,
Report this post. 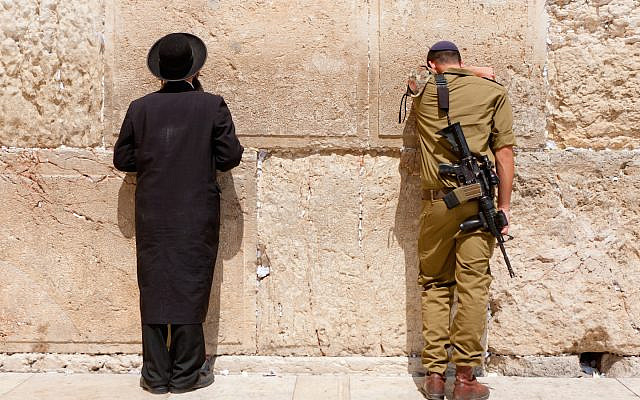 Prayer accompanied me as a constant and unshakable companion during my youth. By attending Jewish days schools and camps, I essentially agreed to forfeit about an hour per day to boredom. Initially, I dreaded prayer. It stretched out forever. I sat in synagogue and continuously redirected my gaze between the clock and the foreign words before me. Prayer became the obstacle to breakfast with friends at school or the night activity at camp.

Yet while prayer remained fixed, my relationship to prayer evolved along with me. As a teenager, I accepted prayer as a constant in my life. In fact, prayer occasionally generated moments of meaning and connection for me. Nevertheless, my attitude toward prayer rarely exceeded toleration. As the end of high school neared, I decided to learn in yeshiva in Israel for a gap year and resolved to seize the opportunity to delve into prayer. Prayer did not develop into the central institution of a storied tradition that survived two millennia by mere accident. It provided structure, meaning, and hope to a wandering nation in the face of exile and uncertainty. Perhaps my struggles emanated not from prayer’s deficiencies, but from my own. I hoped that investing in prayer would repay me with years of meaning and spiritual connection.

In yeshiva, I identified three general approaches to the efficacy of prayer. The most basic, intuitive approach is that prayer changes God’s decree. This approach draws from basic intuition—we ask to receive—and biblical precedent. Most notably, Moses successfully convinced God to relent and not destroy the Israelites following the Sin of the Golden Calf. However, this approach poses a serious theological difficulty. Adherents to this approach must assert that either humans affect an all-knowing God or that God lacks knowledge. Furthermore, Jewish prayer encompasses sections of supplication, praise, and thanksgiving. Praying to change God’s decree explains supplication. However, in this approach, praise or thanksgiving can only serve to flatter God in an attempt to change God’s decree, which assumes an unsophisticated view of God. The second approach solves these difficulties. In this model, prayer acts reflexively, positively impacting the one who prays. By changing, the person who prays merits a new divine decree. This approach also explains the different models of prayer. Supplication, praise, and thanksgiving all impact the one who prays. Many medieval commentators adopted some variation of this stance. The third approach, like the second approach, sees prayer as a vehicle to drive personal change. However, unlike the second approach, the third approach views personal change as the end goal. This approach provides a tangible yardstick to measure the benefits of prayer.

After yeshiva, I mostly identified with the third approach. It transformed prayer into a religious, yet tangible, medium for change. I no longer relied upon the distant and imperceptible intercession of God to find meaning in prayer. Supplication forced me to revisit and reorder my priorities. Thanksgiving kindled sparks of gratitude. Praise opened my eyes to the world’s wonder and beauty. Nevertheless, something felt wrong. My attempts to construe prayer as a self-improvement exercise twisted and pigeonholed prayer into an unnatural state. Why request something when the response was irrelevant? What role did God play? What differentiated my prayers from mindfulness meditation?

These struggles motivated me to develop a more holistic approach to prayer. A couple of realizations jolted me into a different mindset. First, I noticed prayer’s universal nature. Many religions incorporate a variation of prayer. But, on a more fundamental level, prayer girds a human being’s natural instincts, prompting the saying that “there are no atheists in a foxhole.” Second, I realized that utilitarianism motivated my journey into prayer. Until that point, I only asked “what could prayer do for me?”

These realizations led me to define prayer as a human’s expression of their humanity. This approach grants prayer importance irrespective of its utilitarian value. It is valuable in and of itself. The one who prays asserts that a Benevolent Benefactor sustains the world. They spill out the recesses of their soul in a cathartic upheaval, asserting that their struggles and deepest thoughts merit the concern of the Perfect One. They stubbornly affirm the meaning of their struggles and doubts. They declare in a fit of radical amazement that the earth and its fullness abound with wonder. They reject the doctrine that an indifferent, cold-hearted fate allotted their portion. Rather they believe with all their heart in the fundamental goodness of creation and the gratitude owed to the Ultimate Orchestrator. Prayer is the raw, instinctual cry of the meaning-seeking animal plunged into a flawed and uncertain world. To pray is to be human.

Yes, the utilitarian aspects of prayer retain their importance. The ability to change God’s decree—in whatever fashion—and the person who prays provides added significance and meaning to prayer. Prayer lacks without these aspects. However, these utilitarian concerns describe what prayer ­does, not what prayer is. Furthermore, despite my rapturous description of prayer, I admit that often prayer is boring. Yet that admission supports my thesis that prayer represents the essential expression of humanity. The mundane underlies the bulk of the human experience, and so the hope for constant adrenaline and excitement represents a certain naivete about life. The monotony of prayer does not detract from the profundity of its assertions. God is not found in the wind or the fire, but in the still, small voice. I pray to express the lofty and sublime in my still, small, human voice.

About the Author
Natan Oliff is a software engineer at Amazon and a recent graduate from the University of Maryland.
Related Topics
Related Posts
Comments