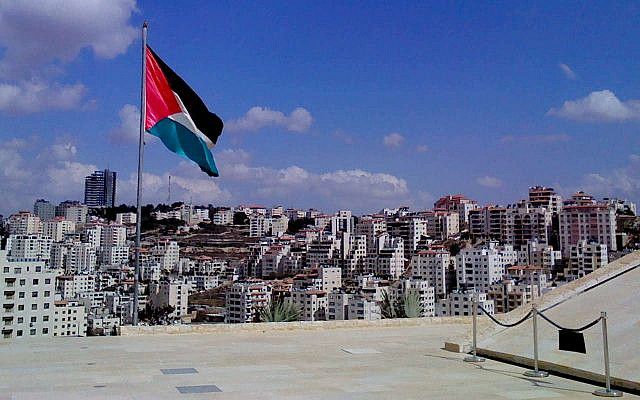 I still support the right of Israel to exist as a Jewish state and to defend itself. Everyone should support that, though I understand why many Palestinians do not.

While the Zionist dream of self-determination has succeeded, and while Israel thrives, as a direct result of the conflict with Israel, the Palestinian right to self-determination is still only a theory. Palestinians are limited to a reduced form of self-determination on 5% of the land of Israel/Palestine: the minuscule Gaza strip which is under a crippling Israeli and Egyptian blockade, and the few tiny and disconnected fragments of Area A of the West Bank which Israel enters whenever it deems necessary. Not surprisingly, Palestinians see Israel as the enemy.

It took me years to understand something that an American friend of Palestinian origin told me once. I still remember almost word for word what he said because even though I dismissed it at the time, it stuck in mind. He said, “Fred, you don’t really support the Palestinians because your support for a two-state solution is based on your concern about the Jews retaining their majority in Israel. You don’t really care about Palestinians having a state”. He was right.

More recently, a Jewish Israeli friend also made a comment that I dismissed at first. He told me that I was ignoring the Palestinians’ point of view and that I was not trying to understand their circumstances. It is ironic that as an Arab, I needed to be told by a Jewish Israeli to show empathy towards my fellow Arabs, but he was right.

I now support the Palestinian right to self-determination to the same extent that I support Israel’s, and that means asking questions and making observations that some progressive Zionists have difficulty hearing, let alone more right-wing Zionists.

One of the reasons that I was almost exclusively pro-Israel in the past is that I heard many callous and one-sided comments coming from Palestinians and their supporters, such as: we are right and they are wrong, they don’t belong here, if only they behaved better all would be good, etc. I knew that not to be true. What I did not see, however, probably because I didn’t want to see it, was that most Israelis and their supporters say the same things about Palestinians. The unwillingness to accept the legitimacy of the other side and its right to live with dignity on the land of Israel/Palestine is found abundantly on both sides.

A recent incident illustrates my point. During a speech, as was reported in the Times of Israel, “President Isaac Herzog was heckled and jeered on Tuesday for raising the recent death of a 78-year-old Palestinian man [Omar As’ad] after his detention by the Israel Defense Forces, while addressing a conference attended by members of Israel’s national-religious community”. Later in his speech, Herzog said, “I can’t ignore what happened here a few minutes ago and so I say to you, we need to learn to love and to know the other, because all of us were created in the image (of God) and he (As’ad) could have been our grandfather”. This incident demonstrates that there are Israeli Jews, even in high places, who are trying to see the conflict through Palestinian eyes, but it also demonstrates that many Israeli Jews are hostile to the very idea of doing that.

The belief that one’s side is right and the other is wrong is not uncommon in conflicts. If that attitude didn’t exist, there would have been no conflict; however, enough people on both sides must extricate themselves from that destructive attitude if any progress is to be made towards a solution.

Not enough Israelis try to understand the devastating impact of the occupation and the blockade on the Palestinians. I have been told many times that this is a reaction to Palestinian violence. Fair enough. I’m sure that to some extent, that is true. Note however that to some extent, the reverse is true too, i.e., that often Palestinian violence is a reaction to the occupation and the blockade. Israeli security experts have been saying so for years. More recently, a former head of Shin Bet, Ami Ayalon, wrote in his book Friendly Fire, “I could prove with almost mathematical precision that when Israel carries out antiterrorist operations in a political context of hopelessness, the Palestinian public supports violence, because they have nothing to lose”.

That occupation cannot go on indefinitely, yet the fact that the Israeli-Palestinian conflict is mostly absent from Israeli election debates suggests that most Israelis have become comfortable with it. They have become accustomed to the feeling of control that it gives them over security, and they like the freedom to settle the West Bank, both for financial reasons and for cultural/religious reasons. The Palestinians, however, cannot see the occupation as acceptable and cannot be comfortable with it. The status quo is not only unfair towards the Palestinians but it also unsustainable because the Palestinians will never accept it and will fight it by any means available, unfortunately including violence.

Reasonable and pragmatic people exist on both sides of the conflict. They are willing to compromise even if they would prefer to have all the land to themselves. For examples of what moderate Palestinians think, I suggest reading Letters to My Palestinian Neighbor by Yossi Klein Halevi, particularly the epilogue that includes several letters by Palestinians in response to Klein Halevi. One Palestinian, Subhi Awad, wrote, “Yossi, of course I believe in the two-state solution […]. But MOST importantly, it needs to happen now. No road maps, no time frames, just happen now. Right now. Anything that delays it from happening now is just facilitating the brutality of my people”. Awad’s words express the urgency that Palestinian feel about ending the occupation, though I cannot agree with Awad that Israel can end the occupation as long Palestinian terrorism continues.

For years, I have been writing about the need to push the Arab side, and particularly the Palestinians, towards compromise, but pushing Israel in that direction is no less important, and in many ways, it is more important since Israel is the occupier and has capabilities that the Palestinians do not. Israelis must understand that while the occupation and the blockade may have been legitimate interim measures at one point, they are not acceptable solutions, and they are now part of the problem. Israelis’ comfort with the current situation must be disturbed. They must be pressed into ending the occupation and the blockade, and without delay.

If most Palestinians become convinced that a two-state solution is impossible (a conclusion that Peter Beinart, a Jewish American columnist, reached two years ago), they will be demanding equal rights within Israel. Ami Ayalon wrote in Friendly Fire, “If the day comes when the two-state solution collapses, and we face a South African struggle for equal voting rights, then, as soon as that happens, the State of Israel is finished”. Whether Israel, as it currently exists, is one day “finished” will depend largely on the action of Israelis themselves.

The mainstream narrative that I see from Israel and its supporters is that Israel has tried several times to make peace but without success and therefore Israel has no obligation to try again. As the occupier, by not trying anymore, Israel is saying that the occupation is okay and can go on indefinitely, but it is Israel’s obligation to either end the occupation now or engage in peace negotiations with the Palestinians for as long as it takes until a viable and stable solution is found. Throwing their hands up in the air leaves millions of Palestinians indefinitely stateless and occupied, and they will not accept that, nor should they.