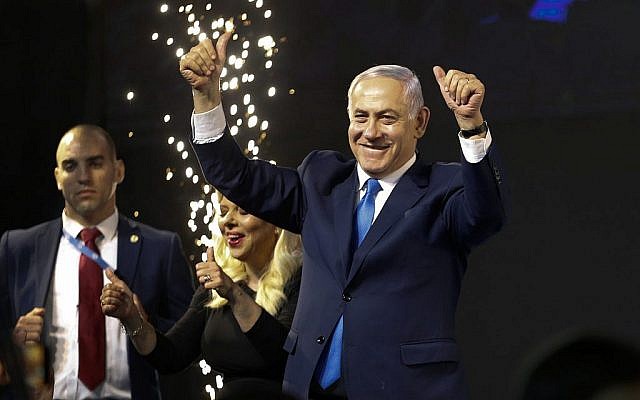 Like him or not, Benjamin Netanyahu is one of the most successful leaders in the democratic world.

After a first stint in office from 1996-1999 be bounced back from defeat in 2009 and has been Israeli Prime Minister ever since.

In April’s election, after a decade in power and despite facing charges of bribery and fraud, his Likud party won 35 seats and 1.1 million votes. Its best result for 16 years and the most votes the party has ever won.

But Netanyahu failed to form a Government so has to fight another election in September. Currently, 42 per cent of Israelis tell pollsters he is their preferred Prime Minister, only thirty per cent prefer opposition leader Benny Gantz. 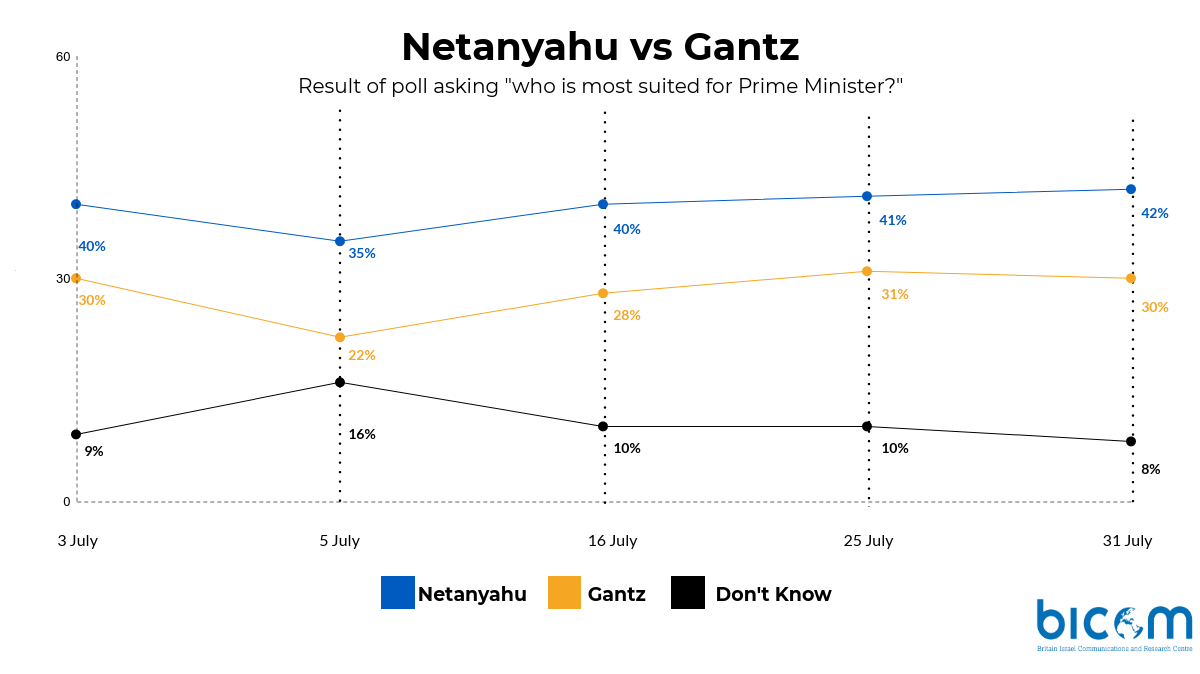 Why, after all this time, is his support so strong?

Anshel Pfeffer, author of a recent biography of Bibi, says there are four elements to his support: “He has delivered ten years of relative calm and economic prosperity, has a strong right-wing base and a lack of alternative candidates.”

The point about relative calm is hugely important for Israeli society where decades of war and terrorism have hit every family, often losing relatives and friends in horrific circumstances. Netanyahu talks tough but is an extremely cautious military leader, ever mindful of the human and political cost of conflict.

He has led Israel into only one major conflict since 2009, Operation Protective Edge in 2014, in which 2205 Palestinians and 71 Israelis were killed. On Netanyahu’s watch there have been two Palestinian suicide bombings, compared to 143 in the ten years before that. There are many reasons for that, including the outbreak of the second intifada and the subsequent construction of the security barrier in the West Bank – but it’s still his record.

In the last 12 months, hundreds of missiles have been fired into Israel from Gaza. Residents of Israeli communities close by who spent traumatic nights in air raid shelters were highly critical that the Government didn’t hit Hamas harder in Gaza. Netanyahu authorised a limited military response and quietly agreed a ceasefire with Hamas. A majority of Israelis in communities near the Gaza border voted for Netanyahu anyway. 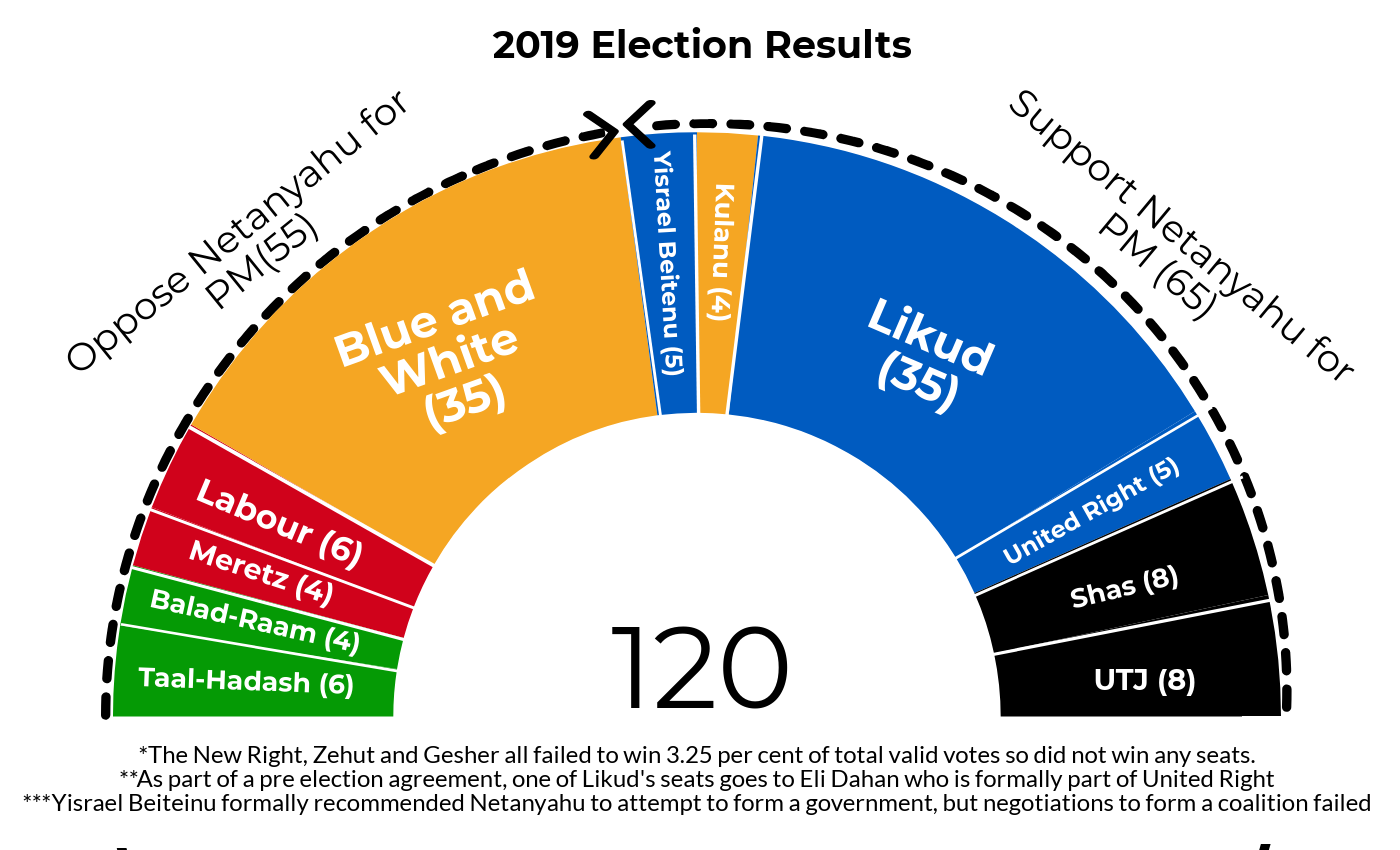 Israel’s economic boom, and the muted impact of the global financial crisis in 2008, had many authors. But in Netanyahu’s narrative he is the only one that matters. The Harvard and MIT graduate has built a reputation for economic competence, starting with his time as Finance Minister when he reformed and liberalised the economy. He claims credit for Israel’s low unemployment, high growth, impressive innovation and world leading tech sector. For many Israelis, life is good and their businesses and jobs have got better under Bibi.

For Netanyahu’s right wing base the main attraction is the authenticity and veracity of his vision. As an officer in Israel’s elite Sayeret Matkal unit, he fought PLO terrorists for years. His brother Yoni’s death in the Entebbe operation in 1976 propelled him onto the public stage as an international anti-terrorism activist. In his 1991 book ‘A Place Among the Nations’ Bibi said Iran was an existential threat and proposed only limited autonomy for the Palestinians because of the danger of terrorist attacks from the West Bank and Gaza. In 1993, when Israel signed a peace agreement with the PLO, Netanyahu’s narrative looked like a relic from a bygone era. But the collapse of that peace agreement in the bloody violence of the second intifada plus Hamas control of Gaza and its arsenal of long-range missiles made Netanyahu’s warnings prophetic. As the Israeli left’s dream of peace turned to dust, its leaders never recovered with a new plan. Netanyahu’s support is built on an Israeli consensus that wanted terrorism to end and no longer believed there would be peace with the Palestinians because every territorial concession became a missile launchpad. Netanyahu interprets that mandate as a sacred instruction to ensure stability, make no concessions and take no risks. 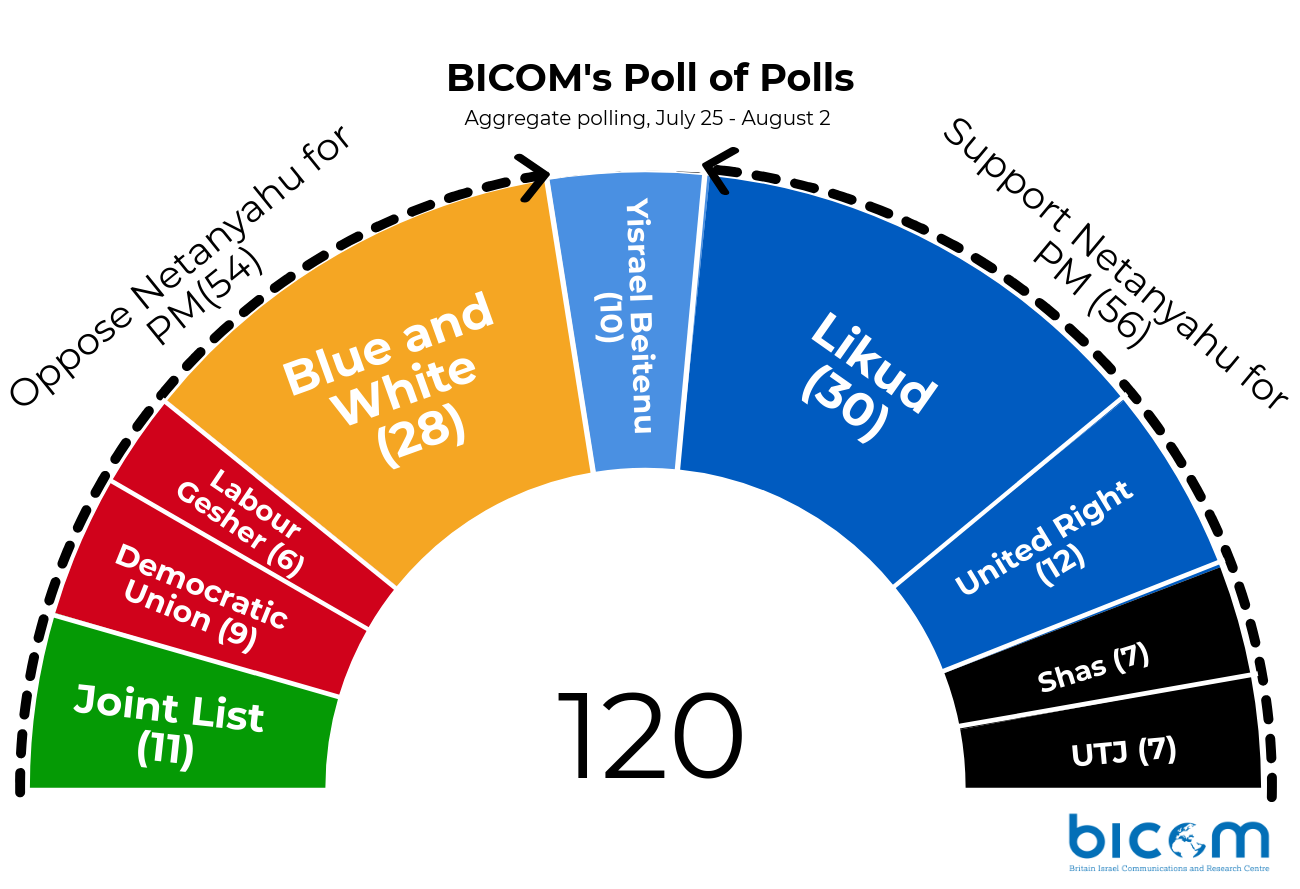 Aggregate support and opposition for Bibi (Bicom via Jewish News)

Netanyahu revels in this role, repeating his mantra that ‘in the Middle East, only the strong survive’. The writer Matti Friedman described it like this: “He says to Israelis, there’s a room. And in that room are the likes of Putin and Assad and Khamenei. Who do you want in there? A straight shooter who believes in the fundamental goodness of humanity? Or your most wily representative? Many Israelis say yes, the latter. That’s who we want in that room.”

Netanyahu can meet with Trump, Putin, Xi Jinping or Narendra Modi and get down to serious business. Few other world leaders can say that and for a tiny country like Israel, that matters. It’s why Likud have made this a centre piece of their campaign.

But this election is different. For the first time Netanyahu faces a fight on both flanks. Avigdor Lieberman on the right is toxifying Bibi’s long-term alliance with the ultra-orthodox, Gantz in the centre is attacking him for corruption and Barak is attacking him for everything. This will require a very different campaign with an exceptional level of versatility. Circling back to Pfeffer’s point about the lack of alternative candidates, Bibi has been lucky with his opponents. For many Israelis surveying what’s on offer, Netanyahu remains the best option.