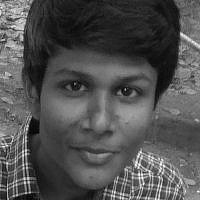 The Iran Nuclear Deal (officially, the Joint Comprehensive Plan of Action/ JCPOA) was not a foolproof or infallible document. It contained many holes, as frequently pointed out by Iran’s regional adversaries. The most notable ones amongst those include the Accord’s neglect of Iran’s preponderant influence beyond the confines of its borders and the issue of its development of ballistic missiles. Whilst these are valid concerns, it cannot be denied that the Nuclear Deal established trust between its partners and served as a starting point towards a more wide-ranging negotiation with the possibility that it might lead to a more elaborate and far-reaching agreement. A responsible interlocutor would have recognised this and attempted to advance towards that goal through diplomatic means. Instead, former president Donald Trump abruptly jettisoned the deal by pulling America out of it, giving rise to a cascade of bellicose actions, violent reprisals, loss of goodwill, moments of desperation, all dotted with acrimonious rhetoric.

The ‘maximum pressure’ campaign that Trump led failed to yield any positive result in the form of constraining Iran’s march towards building nuclear weapons, let alone expanding the scope of the abandoned deal. On the contrary, Iran was provoked to respond aggressively to America’s wayward conduct and carried out its own acts of aggression in the region which included aiding the Houthi rebels of Yemen to launch daring attacks on Saudi oil production and abetting its Iraqi allies to hound and sometimes kill American officials operating in the region. By the time Trump left office, US-Iran relations were at an all-time low. Trump even tried to pre-empt President Biden from making progress on the Iran front by assassinating a renowned Iraninan nuclear scientist and seeking permission from the UN to reimpose biting sanctions. It is now generally agreed that Trump’s approach was a massive failure and the US must re-enter negotiations with Iran.

However, there still seems to be some doubt as to whether Biden should be too ‘dovish’ on Iran given Tehran’s steady violation of the terms laid out in the deal. This article aims to dispel these concerns and make a case for why engaging Iran is the right course of action for the United States.

First of all, the fundamental problem that plagues US-Iran relations is not Tehran’s breaching of the Accords nor America’s imposition of severe economic sanctions. Both of these were products of a hare-brained Trump administration and could have been averted if sensible diplomacy had prevailed over reckless combativeness. The real issue is that the JCPOA doesn’t go far enough in terms of curbing Tehran’s actions across the Middle East that prejudice the interests of American allies in the region. Negotiating a far-reaching deal that goes beyond the nuclear issue and addresses Iran’s support for say, Hezbollah in Lebanon and Houthi rebels in Yemen, in a way that is both acceptable to Iran as well as to allies Israel, UAE and Saudi Arabia is what must be the ultimate goal. The unwarranted attention devoted to economic sanctions and violations of the deal distracts the parties from this core issue. President Biden must, therefore, waste no time to withdraw sanctions and start engaging Iran with a view to resolving the greater issue that plagues US-Iran relations. The notion that it would be ‘dovish’ or too soft a move by President Biden disregards the importance of immediacy in moving forward with negotiations. (I will return to this point later in the article).

Secondly, Iranian statesmen themselves have displayed remarkable forbearance in tackling former President Trump’s whimsical approach to their country. Despite America’s exit from the Accords, followed by harsh sanctions, high-profile assassinations and swivel-eyed war-mongering, Iran has shown an interest in getting back to the deal. It only started violating the terms a year after Trump’s withdrawal, trying in the meantime, in vain, to get the European signatories to the deal to prevail upon Washington to return to the negotiating table. Moreover, its enrichment of Uranium is carefully calibrated so as not to actually raise it to the level of nuclear-weapon building capacity. This demonstrates that Iran is not so much interested in making lethal bombs as to engage in productive discussions with its adversary to resolve their differences. Tehran took recourse to enriching Uranium only as a leverage to progress towards that end. Obtaining a nuclear arm itself was not a goal or even a priority. Ergo, President Biden must recognise and reward Tehran’s readiness to sit down and deliberate.

Thirdly, dither and delay in pursuing negotiations would spell disaster for both America and Iran. Despite the Islamic Republic’s lack of interest in attaining nuclear arms, a progress in that direction would certainly create new problems in its wake. There is no guarantee that a more hard-line government in the future would decide to actually pursue the attainment of weapons. America cannot bank entirely on the present regime’s preference for stoic patience over more belligerent retaliations. Such a prospect may not be as illusory as it seems, especially given the march of the conservative faction that advocates a fanatically confrontational approach to America ahead of the upcoming Presidential elections in June. If the US drags its feet for too long over engaging Iran, even the present regime in Iran might bow to growing domestic pressure to pursue a hostile policy. Therefore, time is of the essence. President Biden must move with all possible celerity towards sitting down on the negotiating table with Tehran. Relatedly, if (in the unlikely case that) Biden chooses to adopt a strategy of confrontation, it would strengthen the hand of the hard-liners in Tehran and provide proof positive of their perception that America is an evil imperial power bent on destroying their regime.

Fourthly, President Biden has more important foreign policy priorities to pay attention to than picking unnecessary fights with Iran. Devising a strategy to counter a rising China and curbing Russia’s malign activities that undermine American interests, mobilising global, collective support to tackle climate change are what must occupy the President’s valuable time, energy and effort. Already, observers have pointed to the diminishing significance of the Middle East to the US’s strategic interests. Negotiating in good faith with Tehran would help the administration progress towards a modus vivendi and avoid the concentration of a  disproportionate amount of focus and resources on Iran that a confrontation approach would entail.

To summarise, President Biden should aim to resolve the core challenges that dog US-Iran bilateral relations. He shall start by withdrawing gratuitous sanctions which unnecessarily delay the pursuit of amicable negotiations between the two countries. An earnest commitment to peace and tranquility would show President Biden that the only path to that goal lies through diplomatic engagement. Recent developments suggest that Biden understands that. His appointment of Rob Malley, a long-standing proponent of diplomacy with Iran and his expression of willingness to begin informal talks with the Islamic Republic are both positive signs that must be encouraged. Biden must proceed in this direction with even greater speed and urgency in order to secure peace in the Middle East and substantially improve America’s bilateral relations with Iran which is currently in tatters due to the depredations of his predecessor.

About the Author
The writer is a student of Political Science and International Relations.
Related Topics
Related Posts
Comments