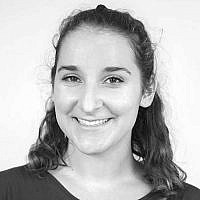 The Blogs
Sarah Berkowitz
Apply for a Blog
Advertisement
Please note that the posts on The Blogs are contributed by third parties. The opinions, facts and any media content in them are presented solely by the authors, and neither The Times of Israel nor its partners assume any responsibility for them. Please contact us in case of abuse. In case of abuse,
Report this post. 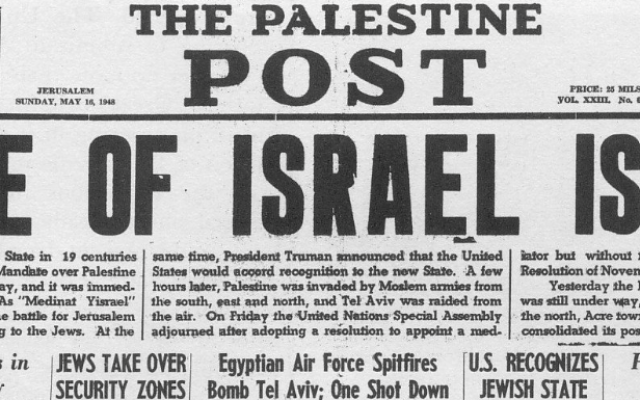 A commonly misunderstood term, Zionism is the belief that Jews have a right to self-determination in the land of Israel.

For 4,000 years, Jews have longed to return to their homeland.

However, until Theodor Herzl, the goal of return has simply been a dream.

Born in Budapest in 1860, Herzl’s dedication to Zionism stemmed from exposure to anti-semitism.

Between violent incidents of anti semitism and the emergence of pogroms, Herzl realized that Jews could not rely on any government to protect them.

In 1896, Theodor Herzl published Der Judenstaat (The Jewish State) and with that, the Zionist movement took off.

While Herzl did not create the idea of Zionism, he turned a belief system into a political movement.

In doing so, the movement gained traction and attention.

Herzl notes that the issue of a Jewish state affects all Jews and the only people on whom we can rely, are each other.

Capturing the severity of the need for a state, Herzl wrote, “we are one people — our enemies made us one without our consent.” The Jewish people have a complicated history, riddled with testaments to the human spirit as well as unspeakable trauma. We are bound together by our shared struggles, which have given us similar values. Moreover, Herzl touches on the idea that we must support each other, as we have frequently been neglected and oppressed. As a diasporic people, we need a refuge.

Jews are not the only ones who need Zionism. To this day, Israel is the only true democracy in the Middle East. In the seventy years of the nation’s existence, Israel has already had a female Prime Minister; Tel Aviv has been dubbed the most “gay friendly city in the world.” Minority groups such as the Druze and Bahai, are protected and respected in Israel.

Yes, the Zionist movement is built upon the idea that Jews, need a safe haven. MK Michael Oren notes, democratic ideals are “integral” to Zionist thought. And these ideals are awarded to all citizens in Israel. I’ll say it again, all citizens in Israel, are granted equal rights under protection of the law. One look at the Knesset, Israel’s parliament, will prove that. In fact, there is an entire party dedicated to Arab representation, the Joint List. Of the Knesset seats, 11% are held by the Joint List. This is representative of the Israeli population, where 20% of the population is Arab. In many neighboring countries, there is true oppression of minorities and illegitimate governments. In Israel, there is a true justice system and open elections.

As esteemed journalist, Bret Stephens, eloquently notes, “anti-Zionism is ideologically unique in insisting that one state, and one state only, doesn’t have to change. It has to go.” One would never question another nation’s right to exist. If there was a movement calling for the full destruction of any other nation, this would be labelled as hateful and a violation of international law. Israel is not granted the same protection as other nations, and is held to vastly different standards. Anti-Zionism is not a movement of compromise, it is one that believes that “from the river to the sea, Palestine will be free.”

Regardless, Zionism has still been equated to hate based movements and the term has been hijacked to paint Zionists as Jewish supremacists. Many continue to believe that Israel is unique in having a connection to specific religion. However, data shows that more than 20% of countries have official state religions. Israel is the only Jewish State.

The Declaration of Establishment, written by Zionists, explicitly states, that the State of Israel will, “guarantee freedom of religion, conscience, language, education and culture.” Israel continues to uphold these beliefs, despite accusations to the contrary. Wanting a safe state for the Jewish people does not mean others are excluded from said state. Zionism is not discriminatory, it just emphasizes that Jews need sovereignty in Israel.

There are movements like that in the Middle East, Zionism is not one of them. Zionists do not believe only Jews should live in Israel. Israel is fascinating and flourishing because of the diversity. Freedom and right to self determination are cornerstones to the Zionist movement. The idea that Zionists want to force non-Jews out of Israel, by definition, contradicts all the movement’s values.

Rather, Zionism recognizes the Jewish people’s need for a state, and their historical connection to the land of Israel. Zionism is a necessity to the Jews and its benefits extend beyond the Jewish community.

About the Author
Sarah Berkowitz is a CAMERA fellow and a junior at Brandeis University. She is majoring in Near East and Judaic Studies. Sarah hopes to work in Israeli advocacy and Jewish philanthropies.
Related Topics
Related Posts
Comments