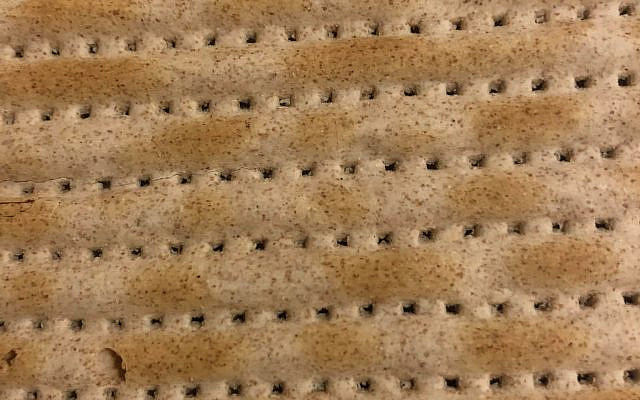 Even before B’nai Yisrael left Egypt they were already commanded to eat matzah.

In Parshat Bo (Shmot 12:8), they received the mitzvah to eat matzah with the Korban Pesach (Pascal Lamb):

While they were in Egypt (Shmot 12:17), B’nai Yisrael were already informed that there would be a holiday in the future called Chag HaMatzot:

Once they were already out of Egypt (Shmot 12:39), B’nai Yisrael baked their matzot:

And they baked matzah cakes of the dough that they had taken out of Egypt, for it was not chametz (leavened), since they had been driven out of Egypt and could not delay; nor had they prepared and provisions for themselves.

In Dvarim 16:3 we are taught not to eat chametz with the Korban Pesach as well as throughout the holiday:

What is Lechem Oni (Bread of Distress)?

According to Rashi (quoting Sifrei), lechem oni is bread that reminds us of the affliction to which they were subjected to in Egypt.

Chizkuni points out that poor people, when given a small amount of flour do not have a vessel at hand to make proper dough. They also do not have enough time to spare to wait for the dough to rise before baking it. Therefore, they throw the mixture of flour and cold water into the heated oven or stove and bake it quickly.

In the Shulchan Aruch, Orach Chayim 460:2 we learn that the Rosh (Rabbi Asher ben Yechiel 1250-1327) would take part in the baking of the matzot, overseeing the production, hurrying those working there and helping with the flattening of the dough. It is fitting for everyone to involve themselves in this mitzvah.

When you bake matzah, you feel what it was like for B’nai Yisrael when they departed from Egypt. By baking matzah we are preparing ourselves for the “Bechol Dor vaDor,” aspect of the holiday where in every generation we are obligated to see ourselves as if we personally left Egypt.

While Pesach is still three months away, when you plan your Pesach preparations, don’t forget to make time to visit a matzah bakery!