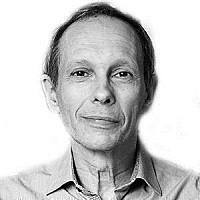 The Blogs
Michael de Saint-Cheron
Apply for a Blog
Please note that the posts on The Blogs are contributed by third parties. The opinions, facts and any media content in them are presented solely by the authors, and neither The Times of Israel nor its partners assume any responsibility for them. Please contact us in case of abuse. In case of abuse,
Report this post.

Interview with Marc Knobel, Director of Studies of CRIF, the Council of French Jewish organizations.

MK: Michaël de Saint-Chéron, You are the author of about thirty books and editor of works, one of which is your conversations with Elie Wiesel. We are also indebted to you as the co-editor of the Malraux Dictionary. Now you are republishing dialogues (since 1982) with your friend Elie Wiesel, up to 2012. Why this re-edition? And why add a group of texts curiously entitled « Wiesel Misunderstood »? What do you mean by « misunderstood »? 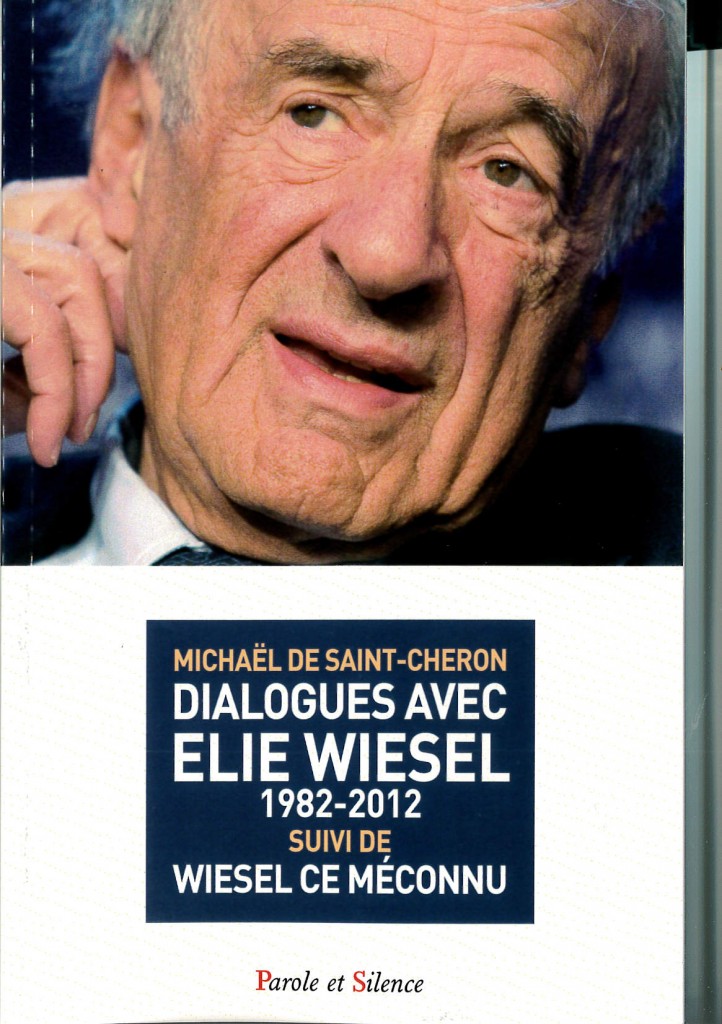 MSC: This book is for me the opportunity to acknowledge the first anniversary of Wiesel’s death, to complete the 2008 edition with more than sixty new pages, of which fifty-three constitute our last dialogues between 2008-2012, and to add a preface. However, eight books on the same author, the same man, the same life’s work, isn’t that excessive/too much? I believe that I can affirm that no one in the world has published eight books on Wiesel, not only on but with him, because there is our long dialogue Evil and Exile, which dates from 1988, with the definitive edition completed in 1999 and translated several times. Then there are these two volumes A Word for the Future (1996) and the proceedings of the Cerisy Colloquium from 1995, which remains, even today I emphasize, the only international colloquium on Wiesel that ever took place in France ; and the book that I dedicated to him in 1998, with my dear friend Ariane Kalka: Homage to Wiesel. All this makes one France has not devoted a single authentic colloquium to Wiesel’s life and works. Of course, he was always invited everywhere, but tell me show me a single colloquium that was really dedicated to him in France—to him and his work. The one sponsored for him by the Elie Wiesel Institute at the Sorbonne in 2008 for his 80th birthday was not a colloquium dedicated solely to him, but rather around him and in his honor. That has nothing to do with anything specifically dedicated to him.

Now, dear Marc Knobel, thank you for asking about the adjective “misunderstood” in my title. I would say, in effect, that Wiesel was greatly misunderstood and undoubtedly more in France than in the United States or in Israel, where he was misunderstood in a different way. Few people knew in these zones/ areas of different linguistic influences that his work was written entirely in French, except for his first book in Yiddish entitled When the World Was Silent, and other Yiddish texts that he never translated and never published. What made him famous was his Nobel Prize, but paradoxically it was the Peace Prize and not the Literature Prize that he received. Furthermore he received this prize not for being a great defender of human rights but as a writer on the subject of memory and as a witness to the Shoah. Therefore, we are confronted by a paradox of great dimension, which sustains this misunderstanding that we have of him. Kertesz is the recipient of the Nobel Prize in Literature. Singer also, but Singer was not a survivor, Kertesz yes.

And then there was in France in particular the confounding silence of the university researchers – with, of course, the exception of Anny Dayan-Rosenman, in particular. What French university dedicated a colloquium to him? This is the question I asked a few minutes ago. At the same time, how many magnificent colloquia have been organized in the French university world on Primo Levi, Paul Celan, even on Lanzmann’s masterpiece Shoah, and more generally, on concentration camp literature?

Why this wilful, glaring, and even shameful forgetfulness? All the more shameful because Wiesel was awarded an honorary doctorate by a number of these great universities. I would say that the only one who offered him an authentic homage/honor was the University of Picardy at Amiens in 1996, thanks to the greatly mourned Jacqueline Levi-Valensi (who was then dean of the faculty of literature of the university of Picardy) and my friend Raphaël Draï z”l, an eminent philosopher of the law and Talmudist, both of whom I approached on this subject.

MK: Why does the figure of Elie Wiesel follow you so? What do you love in him – his works? What kind of flame is it?

MSC: Because of who he was, because of who I was. What I love in him is his voice, his unalterable song, his poetry haunted by the dead but also permeated by celebration, by the beauty of Hasidism, of what is purist in it, permeated by the beauty and the proliferation of the study of the Talmud, of the Bible, and by his love of stories, of tales, that is of the midrash and the Aggadah more than of the Halakha, which he knew perfectly and continued to study all the days of his life. But it is this celebration, which permeated his entire being above all else and the interior song of our tradition. I also have a more personal response. Wiesel remains, with Emmanuel Levinas whom I acknowledge as my master, the one through whom I found my place in the House of Israel, my God, but especially the one to whom, with Levinas of course, I understood that there was no more sublime faith than a faith that is torn apart, a faith that is exhausted, screaming because of the visible absence of anything divine. And yet…we remain Jewish. I was born Catholic to a totally non-practicing Jewish mother and a very open minded Catholic father, when I heard and saw Elie for the first time on television. The Hearing his voice was a shock, I will use the language of love to say that it was love at first sight. Quite the contrary with Levinas who possessed much less charisma, but who touched one profoundly through his intelligence and his way of approaching fundamental texts from the absolute perspective of ethics, of responsibility for the Other.

MK: You have published in the Crif Studies a marvelous text on Malraux entitled The Dialogue of Malraux with the Jewish People, “The Godfather of Europe”. What joins Wiesel with Malraux? What are the bridges of Humanity, the powerful breath, and the word?

MSC: Between Malraux and Wiesel, I would emphasize the charisma of the voice, of the song their voices expressed, which of course were very different from one another. But they were individuals who gave one goose bumps just by hearing, listening to them speak. You have rightly understood, Mark that it was the word, this powerful breath that transcended their individual beings. The speech given when Jean Moulin’s ashes were transferred to the Pantheon in 1964, will remain of the great orations of the twentieth century and, I am certain, beyond the twentieth century. This has nothing to do with Wiesel’s charisma, which was less lyrical, but which touched one as profoundly. This, of course, is my opinion. But it is one of the gifts of my life to have met individuals such as they, with other encounters of course, but this is neither the place nor the time/day to evoke them.

MK: One last question: Does humanity make you despair? What can intellectuals do?

MSC: Intellectuals can do so little and at times, they betray the strongest ideals of responsibility, of courage, of heroism—why not tell it like it is. However, without intellectuals, without writers, without poets, without some very powerful philosophers, we would be even more helpless when confronted with injustice, with the horror of the world.

I am thinking, of course, of admirable poets, such as Péguy, Benjamin Fondane, who died at Auschwitz, of Pierre Emmanuel, the great Christian poet marked by the Biblical word, by the Jewish word, but also by Hindu, Buddhist language…but I am also thinking of art, of artists, of musicians, who bear within them the spark of the infinite, of genius, a certain something of the eternal, of the consoler in their art. It is they, these men, these women who disavow despair, even in the face of atrocity, of the unbearable? Do I have the right to say this? Great art carries away with it, or rather, brings with it the inexpressible unhappiness of human beings. How can we acknowledge this? But also, how can we remain silent?

About the Author
Michael of Saint-Cheron is a French philosopher and writer, and the senior documentary researcher at DRAC - Regional Conservation of Historic Monuments in France.
Related Topics
Related Posts
Comments
Advertisement