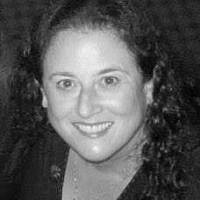 The Blogs
Marika Stein
Apply for a Blog
Advertisement
Please note that the posts on The Blogs are contributed by third parties. The opinions, facts and any media content in them are presented solely by the authors, and neither The Times of Israel nor its partners assume any responsibility for them. Please contact us in case of abuse. In case of abuse,
Report this post.

Last weekend, the Chicago Dyke March took place, ostensibly — and in the spirit of intersectionality – to highlight their support for “undocumented, refugee, and immigrant communities under threat of deportation”.

The Chicago Dyke March’s tagline describes themselves as “a grassroots mobilization and celebration of dyke, queer, bisexual and transgender resilience”.

Sounds reasonable so far, no? Except (surprise, surprise), they have an agenda!

“Sadly, our celebration of dyke, queer, and trans solidarity was partially overshadowed by our decision to ask three individuals carrying Israeli flags superimposed on rainbow flags to leave the rally. This decision was made after they repeatedly expressed support for Zionism during conversations with Chicago Dyke March Collective members”.

And of course, follows the predictable “oh but we’re not antisemites” disclaimers:

“We want to make clear that anti-Zionist Jewish volunteers and supporters are welcome at Dyke March”.

My first question is addressed to the Chicago Dyke March:

Why, oh why, do you even bother with that done-to-death disclaimer, which becomes more and more unconvincing over time, especially when you single out Zionism and Israel as the litmus test for qualifying to join your cause? When as part of your manifesto, you specify the liberation of Palestine up front, and then all oppressed people, almost as an afterthought? When you partner up with another group, For the People Arts Collective, which also purports to tout civil rights for one marginalised group (Black people, and other people of colour in the US), yet in fact not only proudly supports the anti-Zionist movement, but DMC’s decision to remove the openly Zionist march participants?

My second set of questions are of an even more vexing concern, addressed to two people, one being one of DMC’s stock “as-a-Jew” supporters, who wore her acceptance and welcome inclusion at the march as a badge of honour, and whose Facebook update was triumphantly shared on DMC’s own Facebook page. The other is a Jewish Facebook user who, on a public post I was drawn attention to, also supported the removal of carriers of the Jewish symbol from the march. This person recounted a previous experience he had had during a visit to a Palestinian refugee camp where a fellow Jewish visitor had been asked to remove her Star of David necklace as it was considered a “symbol of violence” to their hosts. He recalls running to the bathroom and crying, not because of the disrespect shown to another Jew’s own symbol of identity, rather that it had allegedly become a “symbol of cruelty”.

And my questions are this. Where is your self respect? You support the rejection an ancient symbol of Judaism because others have decided that it’s an offensive symbol, and you accepted that without question. Other people choose their own identity symbols and don’t allow others to define what these symbols mean to them. And right they are to think this way, to take ownership and pride in their identities. It is this self respect that empowers them as a people, emboldens their conviction in their causes, and in turn earns them respect from others and a large following.

So you can bow your head as much as you like, but in the end, nobody respects someone who is willing to forgo symbols or any other aspects of their identity to please others. Why can’t you learn this from those very people whose causes you champion? It’s not a zero sum game, why enable those who would make it so? What happened to mutual respect and tolerance?

Which brings me to my final, and perhaps most chilling questions, addressed far and wide. As an Australian, I’m geographically far away from this particular march, and we have not had a parallel incident happen here yet. And believe me, we are no strangers to antisemitic incidents. You may argue that I’m overreacting, that this only represents a fringe element of the the LGBT movement. Yet anti-Zionism has taken a very pervasive and tenacious place in several civil rights and social justice movements, political parties and university campuses. Black Lives Matter, green/environmental parties around the world (including the Australian Greens, even if it is not their “official” position), and the Women’s March are only several among the most vocal examples. This is not news, and it’s not going away any time soon.

Many Jews over here are indeed shy about wearing stars of David or other Jewish symbols in public, justifiably fearing antisemitism directed at them. I have worn a Star of David necklace for years, even at work, without even the remotest negative reaction. In fact I recall a few years ago in a shopping centre being approached by a lady, also wearing a magen David, who had been circling me and looking at me curiously. She told me how much she admired my “brazen chutzpah” at openly wearing my magen David in public. We both had a laugh at the time, but I wonder if even she would have guessed how prescient this was with respect to how others are appropriating its meaning?

So I ask you all, if G-d forbid one day those who despise Israel gain enough traction to render the magen David a universally and permanently accepted symbol of “hate” and “violence”, will I one day be looked upon as if I’m wearing a swastika or a US Confederate flag? Will I have people looking at me with open hatred and disgust, or even harassing me? Would you jump to my defence if they did? Or would you say I’d brought it on myself by wearing a “trigger”?

If you are a fellow Jew, would you finally capitulate to what others have defined as a “good Jew”, and suppress your identity to keep the peace? Would you disassociate with me for being a Zionist, even if my Zionism is entrenched in love and a desire for peace?

You have an opportunity to repair the growing rift between social justice movements and Israel supporters. I’m sure you’re aware that Jews have played prominent roles throughout history in speaking out for civil rights. And they continue to do so, at great personal risk of harassment and even violence thanks to the prejudices and bigotry of some of those who disingenuously claim to speak out against discrimination.

Furthermore, if you are Jewish you have a duty to prevent this rift, even if you don’t personally agree with Zionism, if only for the sake of protecting your fellow Jews from danger.

Will you use this opportunity wisely? Or do I have to be afraid, not only of wearing that necklace in public, but of your silence?

About the Author
Kooky vegan, Zionist, liberal minded, animal loving, non conformist but very congenial soul from Sydney who left the insurance industry to work as a nanny and self employed pet sitter, when she realised her "inner socialist" was incompatible with denying insurance claims. Defies Jewish stereotypes by enjoying a few wines after work, but compensates for this by cooking enough food on chagim to make even her mother tear her hair out!
Related Topics
Related Posts
Comments