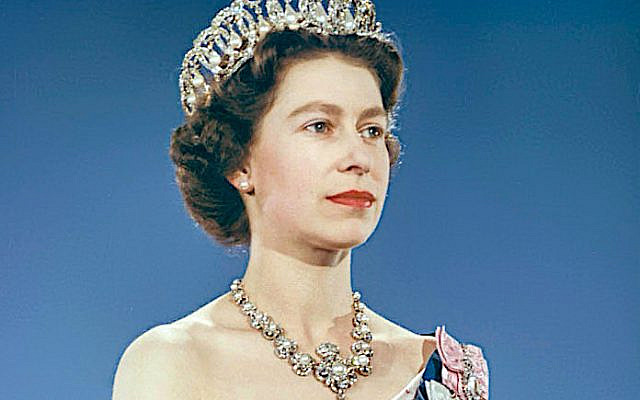 Now that Queen Elizabeth II has died and the Prince of Wales is King Charles III, the future of the monarchy will return to the British agenda. The people of the United Kingdom and the Commonwealth countries held the Queen in great affection and admired the way she carried out her royal role, but they always knew that one day the monarchical issue would have to be faced.

Jews were amongst those who regularly offered prayers for the royals. As a rabbi in Britain and Australia I recited the traditional prayer for the Queen and the royal family every Shabbat and festival, even though my personal views were republican.  I even met the Queen on one of her visits to Australia and was also among ethnic religious leaders who met the then Prince of Wales (he told my wife that he had heard that Sydney’s Great Synagogue was a wonderful heritage building which he would like to visit some time). All Australians loved and respected the Queen but many suspected that the monarchy would die with her. Whether this will transpire under the new King and the current government is a moot point; I hope that rationality and not romanticism will be the deciding factor. For my part, rationality commends republicanism.

Instead of a constitutional monarchy in which the ruler is answerable to history, a republic would not have a hereditary monarch but an elected figurehead chosen by Parliament and endorsed by popular referendum.

Though in Biblical times kingship was the axiomatic government, the commentator Isaac Abravanel believed that a leader chosen on his/her own merits and limited to a set term was preferable to a monarch whose appointment depended on heredity, not proven capacity. It is true that monarchs like Queen Elizabeth were trained professionals with a wisdom based on experience. It is true that in recent decades the Queen turned into everyone’s grandmother. But these notions are possibly too sentimental for today’s needs.

The basic role that a figurehead has to fulfil is the embodiment of the national ethos, and I am not certain that we need a monarch for that purpose. I am amongst those who hold that it can be fulfilled – possibly better – by an elected head of state. Being one of the people and holding office for a set term are advantages. They encourage the appointee to arouse him- or herself to become a poetic and prophet-like individual with ideas and visions directed to enhancing the quality of society and to remain active and alive and not drowse on duty.

It is also important that the head of state remain aloof from politics, standing above political intrigues and adventures: the American example is better avoided. The head of state must avoid involvement in divisive issues. I learnt this lesson from a moment in Australian history when a former archbishop needed to step down from office as Governor-General because of alleged unwisdom in his previous incarnation. At that point a newspaper columnist raised the possibility that Rabbi Apple be Governor-General. Fortunately for everybody, Rabbi Apple’s name was not seriously considered.

Not that a clergyman would be automatically debarred but it might make matters difficult. Nonetheless clergy ought to be agents of the Biblical notion that leadership is a source of influence but not power… To achieve this aim, God imposed limits on who could be a ruler and how he should conduct himself. The Talmud said, “Kingship on earth echoes kingship in Heaven” (Berakhot 58a). In Heaven, the principles of truth, justice and peace set the tone for earthly leaders to follow. On earth, leaders spoke about justice but did not always practice it.

The national ethos represented by a leader has to be the people’s inspiration and the people have to have the right and the opportunity of removing an elected leader who does not match up to the nation’s principles. Monarchies, more than presidencies, cannot always be trusted.

Yes, though not without occasional convulsions, British monarchs learned to integrate royal forms and ceremonies with ethics and ethos. British history acknowledges the economic and emotional benefits that accompany a constitutional monarchy. But probably most British and Commonwealth citizens would prefer to untie the apron strings and have an elected head of State who feels deeply about the quality of their society, about the cleanliness of their streets, the decency of their democracy, the safety and dignity of every citizen, the universal right to a place in the sun and a fair share in the opportunities of our time, and who wants their country to be a good place for everyone who lives there.

About the Author
Rabbi Raymond Apple was for many years Australia’s highest profile rabbi and the leading spokesman on Jewish religious issues. After serving congregations in London, Rabbi Apple was chief minister of the Great Synagogue, Sydney, for 32 years. He also held many public roles, particularly in the fields of chaplaincy, interfaith dialogue and Freemasonry, and is the recipient of several national and civic honours. Now retired, he lives in Jerusalem.
Related Topics
Related Posts