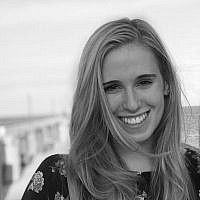 Following the murders of three prominent anti-corruption activists in Iraq, frustrated demonstrators once again take to the streets.

Thousands of mourners congregated in Iraq’s southern provinces on September 1 to mark Muharram, the first month in the Islamic calendar. This seminal event which commemorates the Prophet Mohammed’s slain grandson is observed by Shiites around the world. This year, Iraqis used this gathering to express their frustration and concern regarding the continued violent suppression of protestors in the country. A number of mourners carried enlarged portraits of some of the nearly 600 activists and protesters murdered since anti-corruption demonstrations emerged last year.

Among these portraits was slain female activist Reham Yacoub. On August 14, Yacoub was gunned down on the streets of Iraq, marking the third incident that week in which assailants opened fire on anti-Iran and anti-corruption protestors. The week prior, activist Tahseen Osama was murdered inside the headquarters of an internet company, drawing hundreds to the streets for a three-day long demonstration. Members of the Iraqi Security Forces opened live fire on the protestors, compelling Prime Minister Mustafa Al-Kadhimi to fire his national security chief and order an investigation into the violence. This recent wave of violence followed the murder of leading Iraqi security expert Hisham al-Hashimi in July. Al-Hashimi, a prominent expert on jihadism and armed groups, had recently stopped speaking to the media after he was reportedly warned by Kataib Hezbollah members. Kataib-Hezbollah, a violent Iranian-backed militia that is widely suspected of carrying out continuous rocket attacks targeting Iraq’s fortified Green Zone.

Following Reham Yacoub’s death, Iranian state media immediately accused her of working for the United States against Iranian interests in Iraq. Yacoub, along with many other slain protestors, was recognized as a critic of the Islamic Republic of Iran’s malign influence in Iraq. The Iranian state media’s accusation unsurprisingly coincided with the Iraqi-United States strategic talks in Washington. Kadhimi has dedicated his agenda as prime minister to countering Iranian interference and violence in Iraq.

A friend of the U.S., Kadhimi has made important steps in following through on this promise. He has issued arrest warrants for Kataib-Hezbollah members, released those imprisoned during the anti-Iranian protests in 2019, and has publicly denounced Iran as well as Turkey for exploiting Iraq’s sovereignty. During the strategic talks, U.S. Secretary of State Mike Pompeo stressed the importance of countering these armed groups in Iraq. Pompeo accurately accused violent militias (often Iranian-supported) of “impeding progress.” He added that “those groups need to be replaced by local police as soon as possible.” Kataib-Hezbollah, along with other PMU (Popular Mobilization Units), are technically part of the Iraqi Security Force apparatus, although they consistently defy the law and counter the prime minister’s interests.

Iranian exports, including PMU militias, have largely destabilized Iraq’s economic, security and political sectors. Tehran’s most consequential export, the Iranian Revolutionary Guard Corps (IRGC), runs illicit activities in Baghdad’s financial sector. The IRGC has used front groups and banks to facilitate the launder of money and weapons smuggling. PMU militias, most prominently Kataib-Hezbollah, have taken advantage of their position as part of Iraq’s Security Forces and are responsible for widespread violence across the country. These militias are not only responsible for the deaths of hundreds of protesters who marched in the fall 2019 demonstrations in Iraq, but also for the ongoing murders of anti-Iran activists.

The Iranian regime’s attempt to subjugate Iraq through its proxies and influence operations must be fiercely countered. From Tehran’s sanctions evasion schemes to violence perpetuated by its militias, Iran has significantly spurred widespread unrest in Iraq and continues to threaten the country’s right to sovereignty.